Does not help his women problem 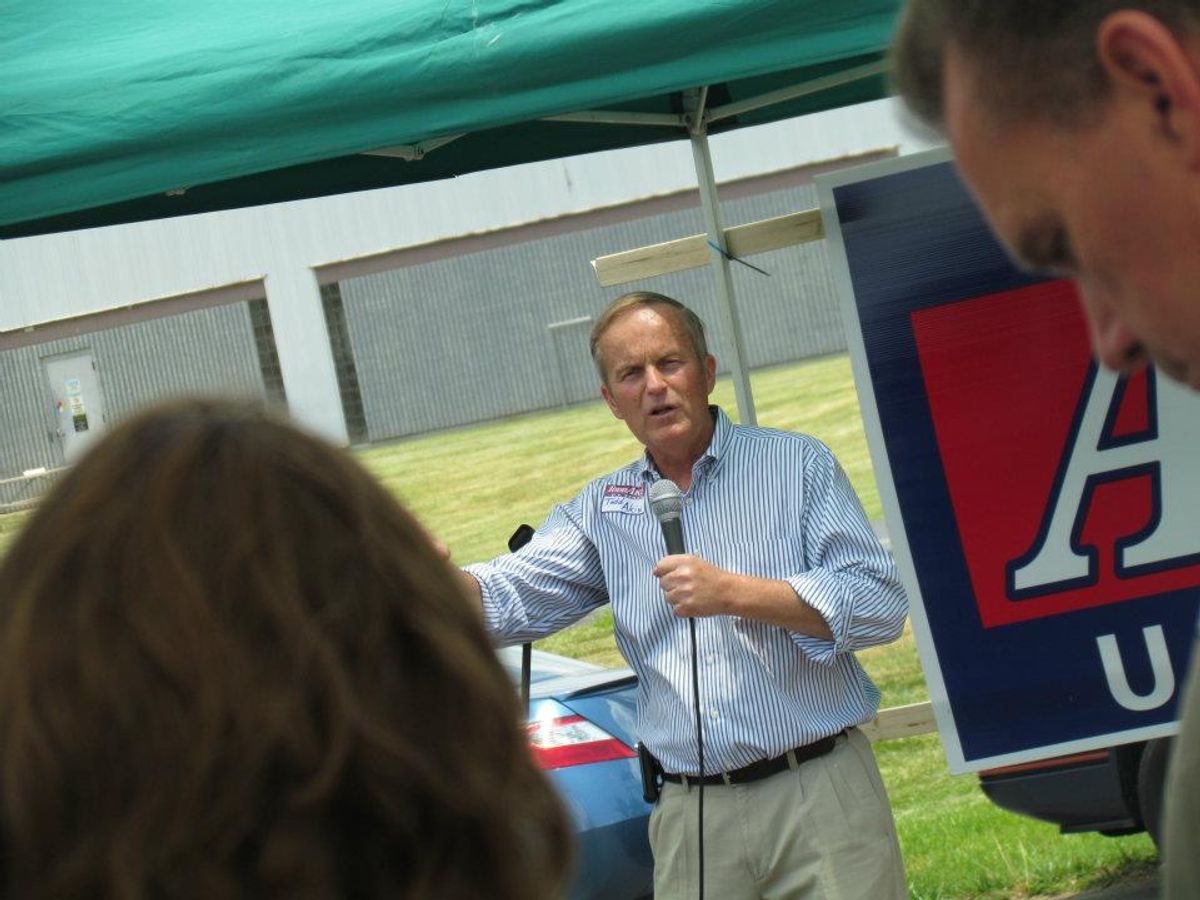 After saying Claire McCaskill was more “ladylike” during her 2006 campaign, Todd Akin found another questionable way of describing his opponent.

Rick Tyler, a spokesman for Akin, downplayed the remarks, telling the New York Times that Akin “made an analogy — probably could have made a better one. Everybody’s going to find a reason to get their feelings hurt and get bent out of shape.”

He also joked that Akin “could have said liberals — people actually like dogs.”

Here's the audio of Akin's remarks, via PoliticMo: