Both candidates miss the point on Libya 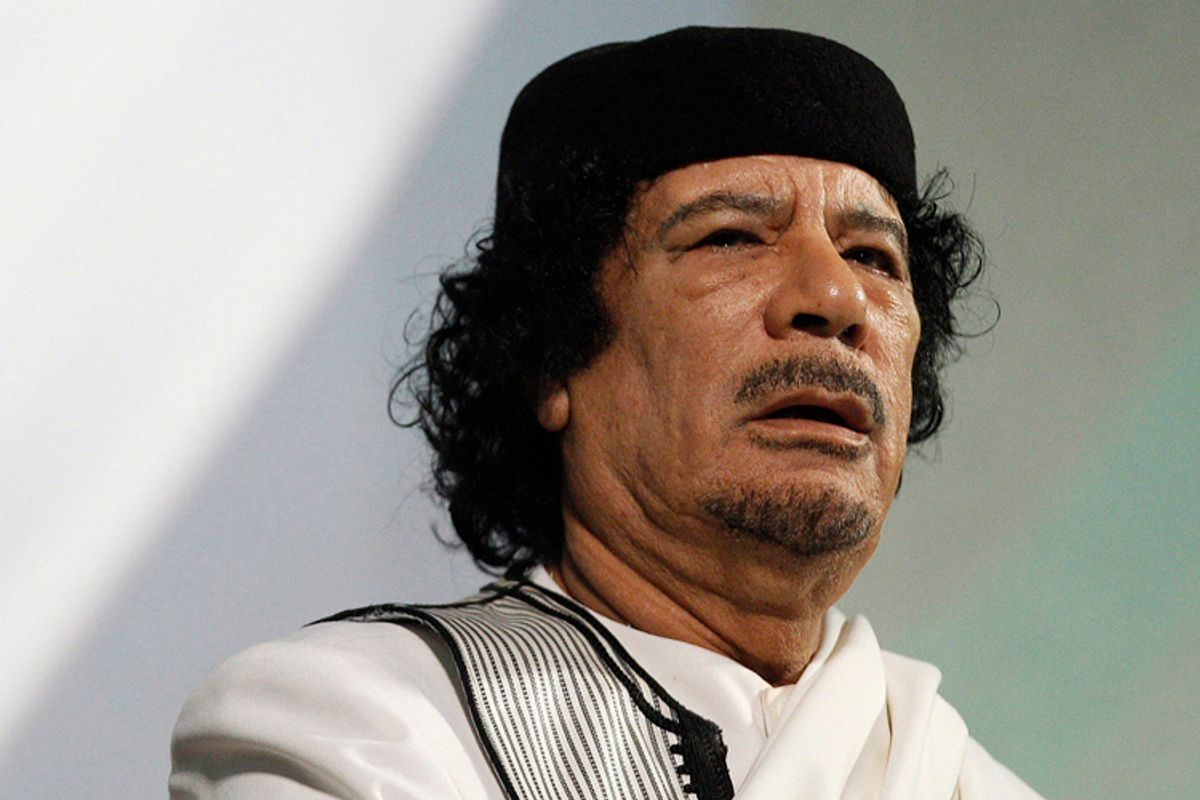 WASHINGTON — On Monday night, the presidential candidates will undoubtedly continue to debate the administration’s handling of the attack on the US Consulate in Benghazi, Libya and its significance for American policy towards the Middle East.

Unfortunately, they are likely to continue to ignore the most important question posed by the Sept. 11 murder of Ambassador Christopher Stevens and three other American officials by an Islamic militia that may be connected to an Al Qaeda affiliate, namely: “How is it that one year after the US provided essential military and diplomatic support to the NATO operation that enabled Libyan rebels overthrow dictator Muammar Gaddafi, Libya finds itself at the mercy of hundreds of lawless militias and without a functioning state?”

The answer is that although their declared objective was to protect civilian areas under threat of attack from Gaddafi’s forces, the US and its allies actually promoted relatively rapid and violent regime change — then left the country in the hands of a fledgling rebel political leadership with tenuous control over decentralized fighters. In framing its policies, the Obama administration appears to have paid little attention to Libyan history or political realities. Libya was only 60 years old and had weak national institutions. It had no history of democratic elections or political participation, strong regional and tribal tensions, a historical basis for an Islamic movement, and was increasingly awash with weapons. In this context, the situation in Libya today was utterly predictable.

Where were the Republicans on this issue? During Congressional debates in June 2011, they posed no effective challenge to administration policy. They accepted at face value President Obama’s March 28 assurance to the nation that “broadening our military mission to include regime change would be a mistake” — even though it was by then obvious this was not at all the case. After expressing concerns about non-strategic “humanitarian” intervention, fiscal consequences and evasion of legal requirements for congressional participation, they did nothing to limit funding for the president’s policy. Nor did Gov. Romney’s fragmentary statements during that period offer any coherent alternative.

Yet there was a reasonable alternative, versions of which were put forward by the African Union (spearheaded by South Africa) and the Brussels-based International Crisis Group. Basically, the parties to the conflict would have agreed to: a cease-fire to be monitored by a UN peacekeeping force, political negotiations to establish democratic institutions, and a transitional government that would include representatives of the former rebels and those on the government side without blood on their hands. The linchpin would be a firm understanding that Gaddafi would leave power as part of this package.

Based upon my research, Gaddafi, under pressure, had made a number of potentially significant concessions by June 2011. His government had agreed to talk to the rebel Transitional National Council; it had accepted a withdrawal of its military forces from occupied towns if the TNC would do the same; and Gaddafi had personally assured the African Union that he would not participate in future negotiations for a democratic transition. Moreover, from mid-June to mid-July, Gaddafi sent private emissaries to the United States and European governments who stated he was willing to leave power in the context of a peace agreement and a transitional government. Rather than test these waters, NATO leaders undermined African mediators as South African President Jacob Zuma subsequently complained.

Had the US and its allies strongly backed the African Union mediation (as Russia, interestingly, did), we might be looking at a Libya today where security was assured by both a continuing UN peacekeeping force and a national army that was making progress in integrating former rebel and former government security forces. We also might be seeing a better-integrated, more inclusive transitional government — the product of extensive political negotiations rather than sudden military victory — and greater progress towards the long-run goals of establishing state institutions and democracy.

Even if Gaddafi had tried to turn the cease-fire into a way to hold on to power in the less than half of Libya where he still had some measure of support, he would have remained subject to all the economic and other sanctions that President Obama had claimed would eventually be sufficient to remove him from office. And the TNC would have had more time and opportunity to develop into a coherent political movement that could control its military affiliates.

If the candidates chose to discuss the underlying reasons why Americans died in Libya, they might also bring to light other unfavorable consequences of US policy. It helped fuel chaos that has permitted arms and foreign mercenaries to escape Libya and fuel extremist violence in North Africa, the Egyptian Sinai and Mali; the northern half of Mali is now controlled by radical Islamists. It reinforced suspicion of Western motives in Russia, which warily abstained on the UN’s authorization of force in Libya but has vetoed UN resolutions regarding the far bloodier struggle in Syria on the grounds that they could once more be perverted to sponsor regime change. And it has likely encouraged North Korea and Iran to be even more reluctant to follow in Gaddafi’s steps and give up their nuclear programs.