The paper of record says Romney is "recalled as [a] leader who savors details." Since when? 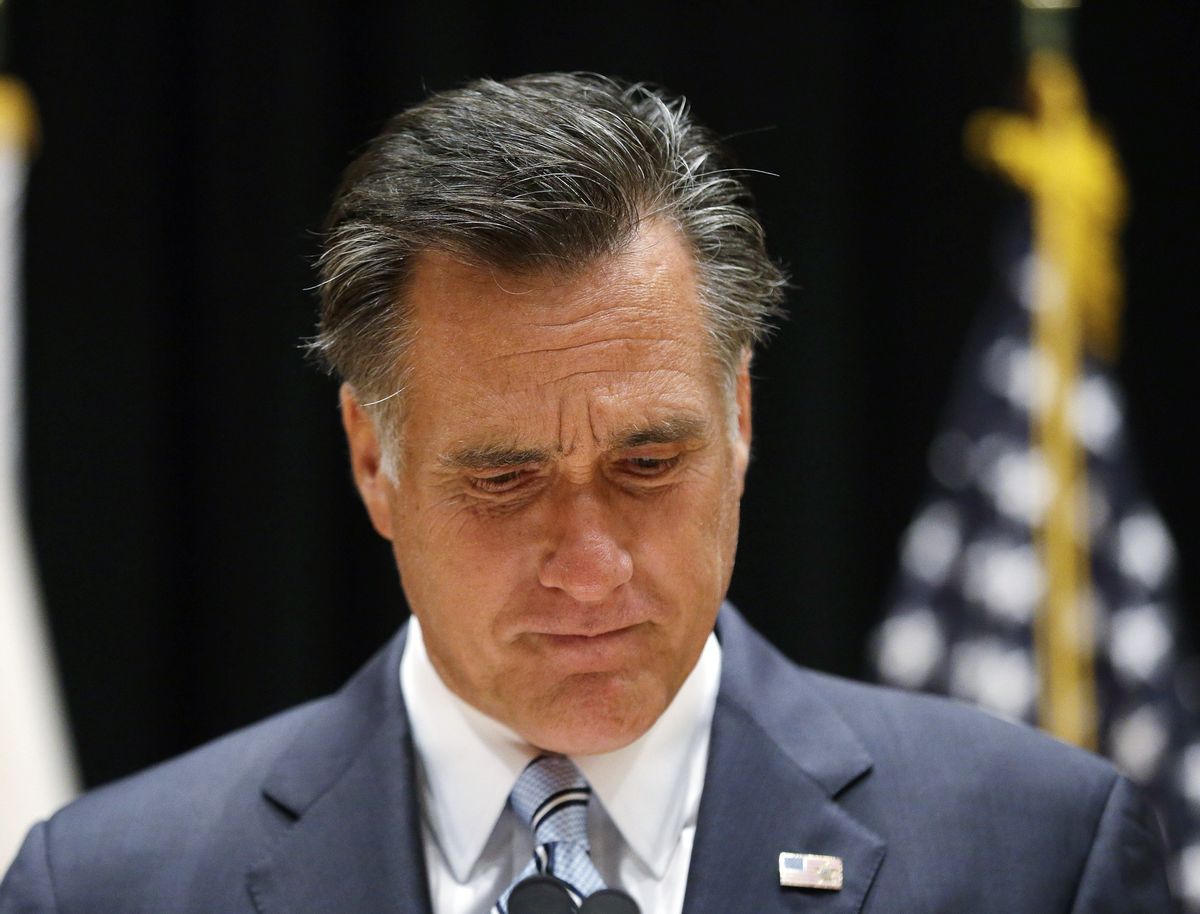 The so-called mainstream media (aka the New York Times) is constantly being assailed by Republicans and the right for their supposedly liberal slant. Yet another convenient right-wing lie.

Take, for example, Saturday’s above-the-fold N.Y. Times story, titled (in the print edition that arrived at my home this morning):  “Romney Recalled as Leader Who Savors Details.”

It’s mainly a puff piece, aglow with Romney’s supposed managerial prowess. Coming just a bit more than three weeks before Election Day, it attempts to confirm Romney’s central selling point – that he can run the government better than Obama.

Nowhere does the Times bother to mention that Romney’s campaign has been devoid of  any detail at all — details about his economic plan, his budget plan, his plan for what to replace Obamacare with, his plan to replace Dodd-Frank, or even details about the taxes he’s paid.

When he was governor of Massachusetts, the citizens of the Commonwealth had no idea what he was doing (I can attest because I was there, and as much in the dark as most people). He kept the details of his governing to himself and his staff. And he spent most of his last two years in office laying the groundwork for his run for the presidency.

Romney has always savored details when it helps him make money. But when it comes to running or holding office he’s been a standout for avoiding all details and keeping the public in the dark.