According to the St. Louis Post-Dispatch, he was protesting abortion clinics in the 1980s 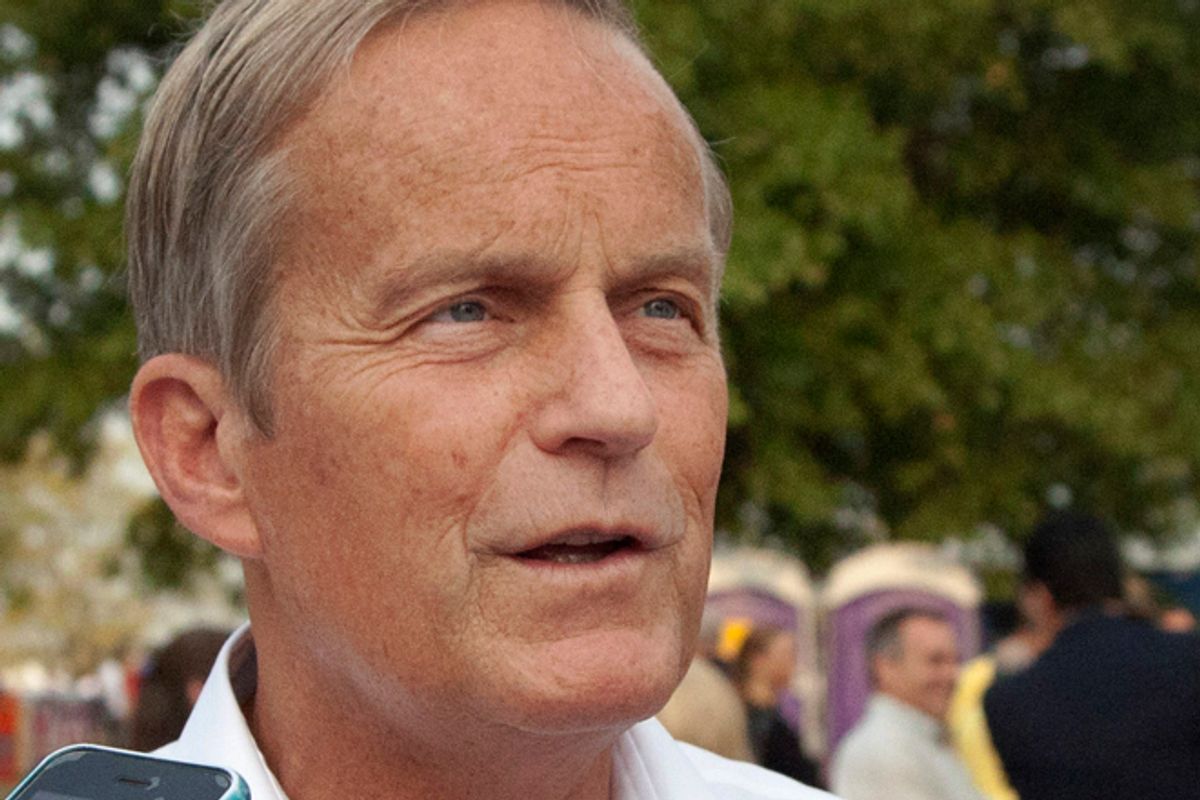 Missouri Republican Senate candidate Todd Akin was arrested at least three times in the 1980s while protesting abortion clinics, according to a forthcoming St. Louis Post-Dispatch story that the Akin campaign leaked this afternoon.

Akin has already acknowledged being arrested once, but according to the draft report the campaign leaked, the congressman was arrested on three previous occasions, all in 1985 for criminal trespassing and resisting arrest at abortion clinics in St. Louis and Illinois. In one instance, Akin “had to be carried by police to an elevator because he refused to walk.” The paper found the arrests by searching through its archives (it had previously missed them because Akin changed his first name).

The Akin campaign leaked the story when spokesperson Rick Tyler (of Newt Gingrich fame) posted on the campaign website an email exchange with Post-Dispatch reporter Kevin McDermott, who included a draft of the story in an email seeking comment.

It’s just the latest development in a rapidly evolving new look at Akin’s past. As Salon reported this morning, the previously disclosed arrest ties Akin to a radical antiabortion activist who was a member of a right-wing militia -- which Akin praised in a letter -- and who was later convicted of inciting violence against abortion doctors. BuzzFeed also reported today that Akin used his state representative office to defend a pro-life activist who was later convicted of battery against an abortion clinic nurse.

UPDATE: The Post-Dispatch just posted its story. Read it here.