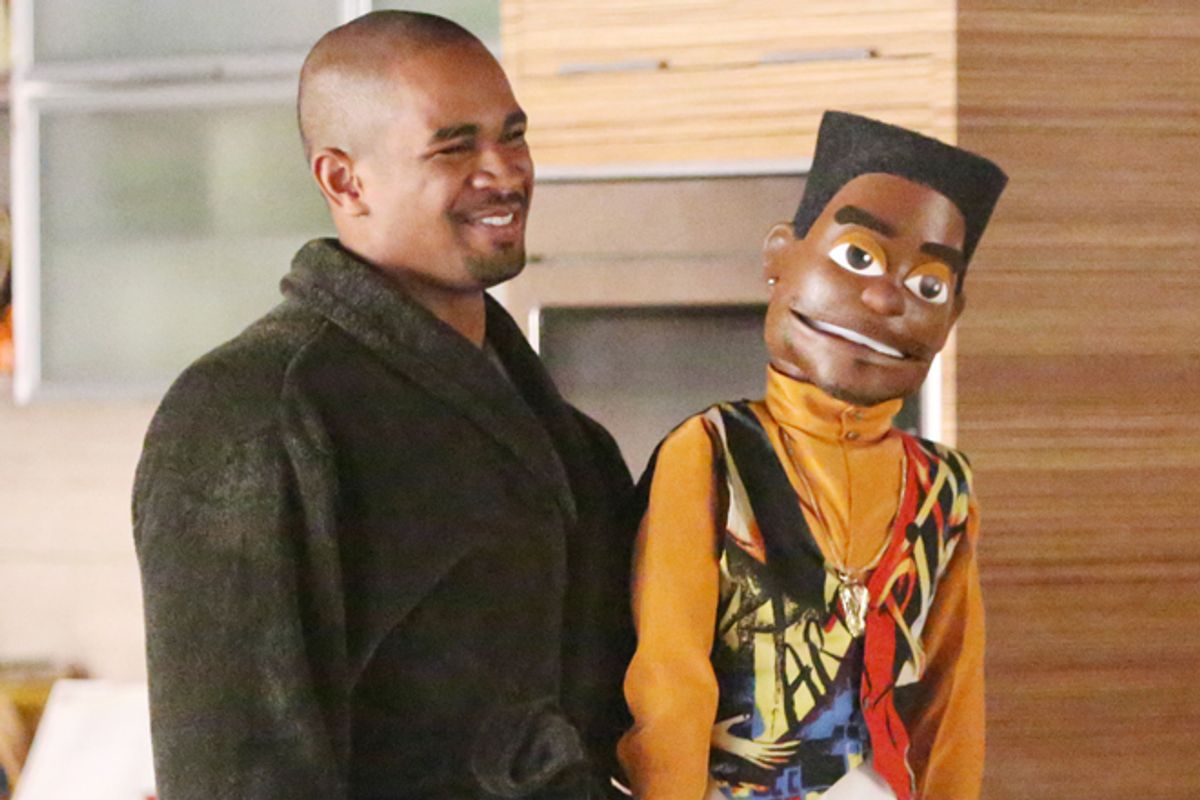 The wacky, cutting, pop-culture quipping “Happy Endings,” a high-energy sitcom about six devoted Chicago-based friends who spend all their time together, returns for its third season tonight on ABC. As established by “Friends,” the key aspect to any show about a group of pals is how enjoyable it is to be their friend, too, the person who sits invisibly in the corner, laughing at their jokes, enjoying their generation-specific references, reveling in their company. You like your real buddies even when they make bad jokes, and when a “Friends”-style show is working, its characters get the same pass. Every single person on “Happy Endings,” including the ever-bland Dave, gets such a pass from me, even though they're are all kind of jerks — lovable, appealing, watchable jerks.

What separates “Happy Endings” from “Friends” — and the dozens of “Friends” knockoffs that have emerged over the years, of which “Happy Endings” is the most satisfying — is its streak of “Seinfeld." The six-some in question is a self-satisfied little group with a vicious mean streak. In the opening joke of the new season, five of the friends sit around laughing uproariously at a video of the sixth friend falling down the stairs, a tumble that has landed her in a huge body cast. “Happy Endings'” characters are hilariously, but not exactly adorably, flawed. The subtext of “Friends” — that this was an insular, judgmental clique who would never talk to anyone else at a party — has become manifest on “Happy Endings.” They love one another very much, which is good, because they all but hiss at strangers.

The stellar, endearing cast possesses a litany of profound flaws. The boy-crazy Penny (Casey Wilson) insists on trying to make “Ah-mah-zing” happen and in the premiere realizes that she, like her bestie Max, would totally drug a friend to have sex with a hot masseuse. The sloppy, selfish Max (Adam Pally), a boorish, bro-ish gay guy, is both cuddly teddy bear and perpetual mooch, the kind of dude who actually did drug a friend to have sex with a hot masseuse. The fierce, bossy Jane (Eliza Coupe) is basically “Modern Family’s” Claire Dunphy with a sympathetic edit: controlling, all knowing, but so, so badass. Her husband, Brad (Damon Wayans Jr.), is generally unassailable, but spends the whole premiere fearfully lying to his wife and playing with his old, lame ventriloquist dummy. And then there’s dopey Dave (Zachary Knighton) and the dopier Alex (Elisha Cuthbert), reunited and emotionally stunted, who, in the first episode, ruin their respective dates because they're immature and because, like everyone else in their group of friends, they don't care what anyone but their pals thinks of them.

“Happy Endings” has one of the deepest casts in television, but if I had to identify just one actor as evidence of why “Happy Endings” has come to work so well it would be the dark horse Cuthbert. She isn’t the best actor on cast — or even the third best — but she is by far the most improved. When “Happy Endings” began, Alex and Dave were the show’s weak links, cursed to play dull and normal against actors as creative, antic and spiky as Pally, Coupe and Wayans Jr. But Cuthbert and the writers dug deep on Alex, working hard all last season to make her over into just as much of a weirdo as her castmates. (The first really great episode of “Happy Endings” was the one in which Alex went full dolt, covering her face in barbecue sauce while downing a plate of ribs.) As of this season, Alex is a fully formed goofball, a blithe, good-natured dum-dum. She gamely transformed herself from a nonentity into a fool, and the laughs followed.

“Happy Endings” is a remarkably energetic show, and in his review for Slate, Troy Patterson nails what makes it so: “These people are always performing for one another.” To the exclusion of everyone else in their fictional world, these six friends are constantly trying to make each other laugh, react, respond, come up with the best Halloween costume, the best brunch location, the best group activity. On "Happy Endings" performative-ness is the greatest sign of love, the effort that these devoted friends will devote only to each other — and, of course, to you, the audience, sitting invisibly in the corner watching all their one-upmanship. This gang would make for supremely exhausting friends in real life, but that's what makes them such great friends to have at the remove of your TV.