In the third and final presidential debate, the meme came from Obama -- not Romney 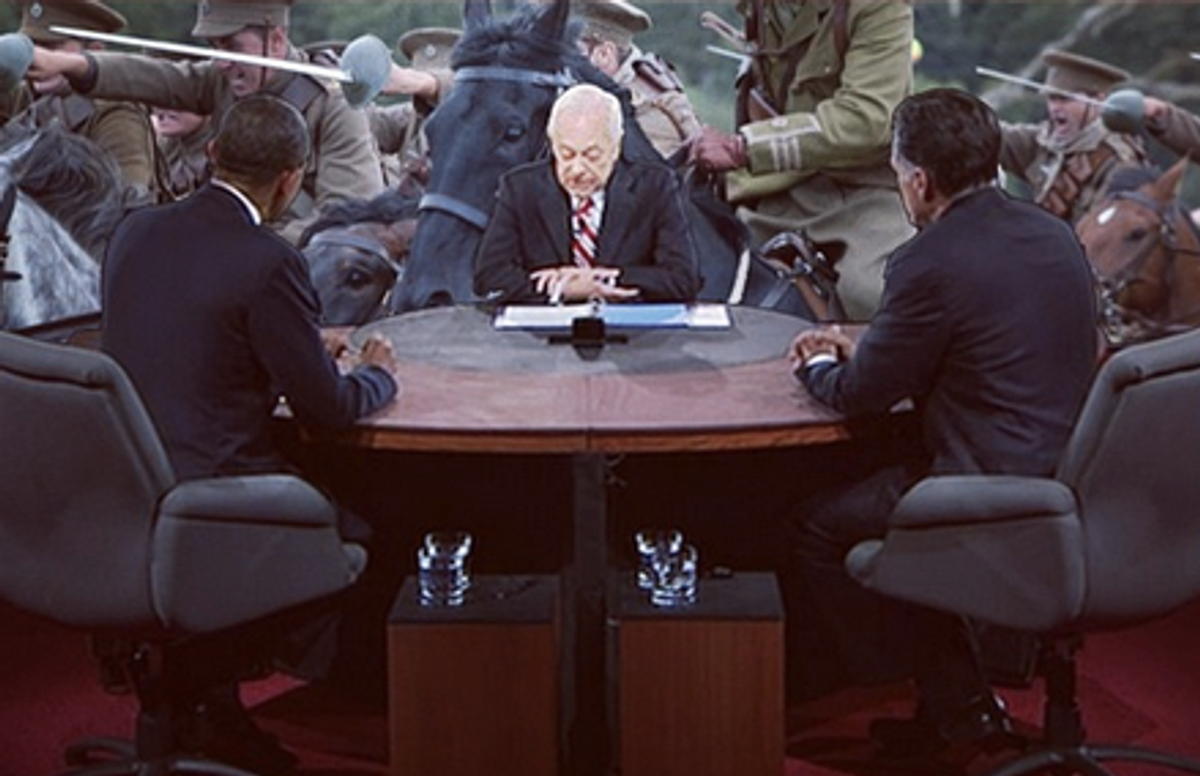 After Romney's "Big Bird" and "binders full of women" comments went viral, Americans were watching the third and final 2012 presidential debate, hungry for one last political meme. Although Romney didn't deliver the gaffe we hoped, Obama issued a mockery worthy of illustration:

“I think Governor Romney maybe hasn’t spent enough time looking at how our military works. You mentioned the Navy, for example, and that we have fewer ships than we did in 1916. Well, Governor, we also have fewer horses and bayonets because the nature of our military has changed. We have these things called aircraft carriers, where planes land on them. We have ships that go underwater; nuclear submarines. And so the question is not a game of ‘Battleship’ where we’re counting ships. It’s: What are our capabilities?”