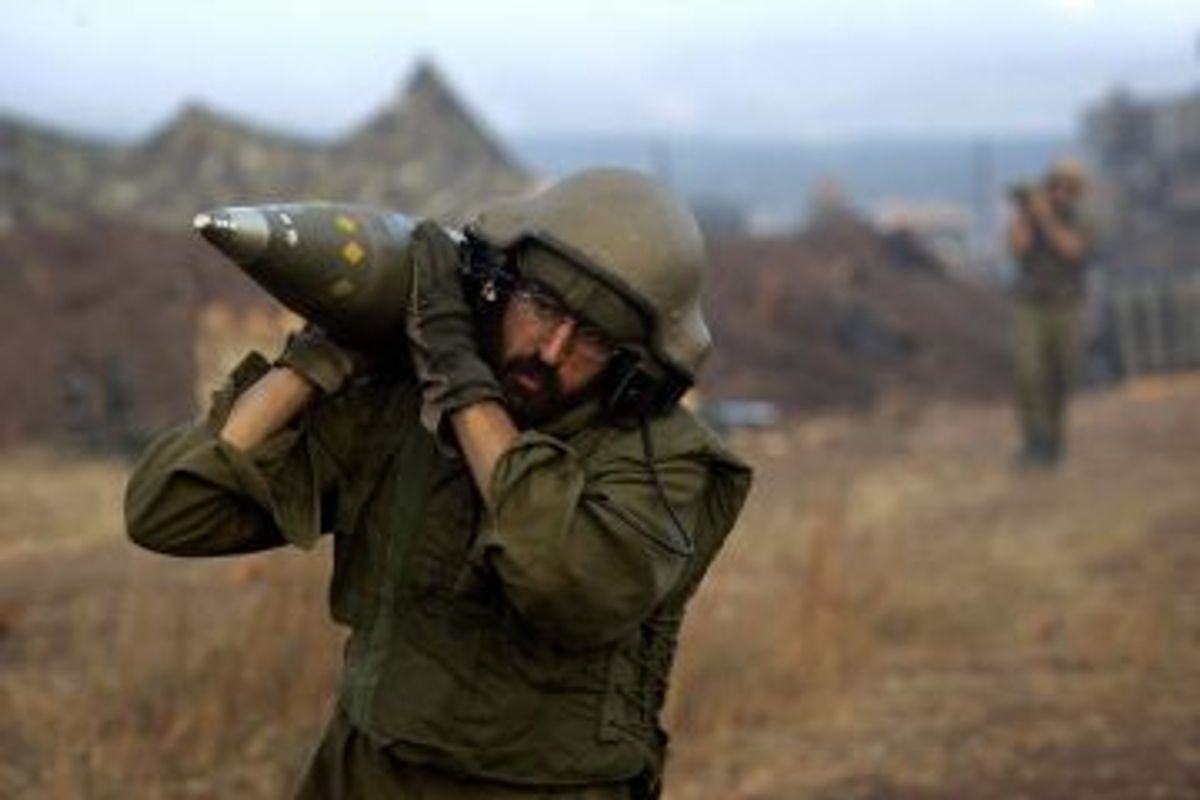 ISRAEL-LEBANON BORDER — Outside of residents of Beirut and Damascus, who suffered massive bombings last weekend, few people are more attentive to unrest in Lebanon and in Syria than intelligence officers manning Israel's Northern Command.

"We take into account every possible scenario — everything from a major military attack to a multi-focal incursion to a situation with civilians crowding the border. Also, the possibility that we may have to go inside Lebanon if we have to," said one intelligence officer in Israel’s Northern Command, standing on an outlook a rock’s throw from Lebanon and a hill away from Syria.

In a meeting with the diplomatic corps late last week, Israeli Prime Minister Benjamin Netanyahu took it a step further and implied that Israel might even contemplate an incursioninto Syria if control over its chemical weapons seems in doubt.

“Israel will do everything it takes to ensure Syria’s chemical weapons do not fall into the hands of terrorist organizations — and if such a situation arises, then Israel will weigh a military option,” Netanyahu told the gathered ambassadors, pointing out that Iran and Hezbollah are supporting Syrian President Bashar al-Assad in his 19-month-long war of attrition against rebel militias.

Asked about the possibility of errant caches of chemical weapons, the intelligence officer said only: "That is a major concern. We are following it very closely. The Israel Defense Forces will do what it needs to do."

It is difficult to describe Israel's northern border, which snakes along rocky hills and craggy enclaves like a Boy Scout's paradise.

For the past 40 years, the border with Syria has been at once a belligerent boundary between declared enemies and Israel's quietest border. Neither Assad, the father nor the son, has displayed any appetite for an open conflict with Israel, preferring the occasional diplomatic growl instead.

The frontier with Lebanon has been the more troublesome spot, most recently in 2006, when two Israeli reserve soldiers were ambushed, killed and kidnapped, provoking the Second Lebanon War. The spot where the soldiers were taken is disconcertingly intimate, a pretty wooded bend along the northern border road — almost a paved path — where Hezbollah operatives could observe Israeli patrols lumbering by within a few yards.

At one spot nearby, a Lebanese and an Israeli outpost face each other like angry neighbors across a fence, spitting distance apart. Lebanese shepherds, or Lebanese scouts disguised as shepherds, often approach the barbed wire fence to touch it and test how fast the Israeli soldiers respond.

Whereas the Lebanese and Syrian territory adjoining Israel is only sparsely inhabited, the Israeli side of the border is strewn with villages and collective farms that stretch right up to the border itself, terribly exposed.

In a tragedy that has never been erased from the Israeli psyche, 22 young children were killed when Palestinian terrorists infiltrated from Lebanon into the Israeli border town of Ma'alot in May 1974, taking a school hostage. In 1980, a similar incursion caused the death of three on the kibbutz of Misgav Am, a collective settlement mere miles from the border.

The biggest problem faced by Israeli patrols today, says the intelligence officer, is trying to figure out in real time what the nature of any signal might be: Drug smuggling? Kids messing with a sensor? Terror? A mischievous shepherd? The Lebanese Army, which has taken over virtually all of the old outposts previously held by Hezbollah?

"Anyone who throws a stash of heroin or hash over the fence may as well be trafficking in explosives," he said. "Money is money."

The next biggest problem is ferreting out Hezbollah activity that is now concealed amid heavy tree growth or villages rife with civilian life. Israeli satellites have caught entire forests being planted overnight, which has given rise to some Israeli soldiers referring to Hezbollah, with dark humor and multiple meanings, as "Lebanon's Green Party."

Hezbollah's flag displays a green logo in a shape similar to a tree, bearing the word Allah grasping an assault rifle.

"Our main problem is that Hezbollah hides its presence in homes and villages and in agricultural areas," the intelligence officer said. "We are aware of their presence within other existing structures. The challenge is to identify them and their belligerent intentions. We know they are here and preparing for war."

His assessment is that while the Second Lebanon War eradicated Hezbollah's presence as, in effect, a second army within Lebanon, over the years the Lebanese Army itself has adapted to Hezbollah norms. While no Hezbollah outposts are now evident, he says, "I think that by now there isn't a single Lebanese officer who opposes Hezbollah, which was not the case before the war. Then there were even occasional skirmishes between them."

This weekend's deadly blasts may indicate a re-shifting of that equation, as Lebanon's government finds itself once against threatened by Syrian instability and a desire for regional dominion. On Saturday, Lebanese Prime Minister Najib Mikati explicitly attributed the car bomb in Beirut, which killed intelligence chief Brig. Gen. Wissam al-Hassan, to Syria.

"I don't want to prejudge the investigation, but in fact we cannot separate yesterday's crime from the revelation of the explosions that could have happened," he said, referring to an investigation al-Hassan headed about Syrian attempts to smuggle explosives into Lebanon.

Looking over the verdant rolling hills, the intelligence officer said: "What you see here is quiet above the ground. But we know that we have to be ready to go from 0 to 100 at any given moment."

The principal danger Israel faces from Syrian territory, in the army's assessment, is the spread of terrorism as the Syrian situation becomes more and more chaotic.

"If Assad falls," the officer said, "and Hezbollah feels that it has lost a principal partner, is it going to be even more dangerous? Certainly they will scramble to find new partners.”