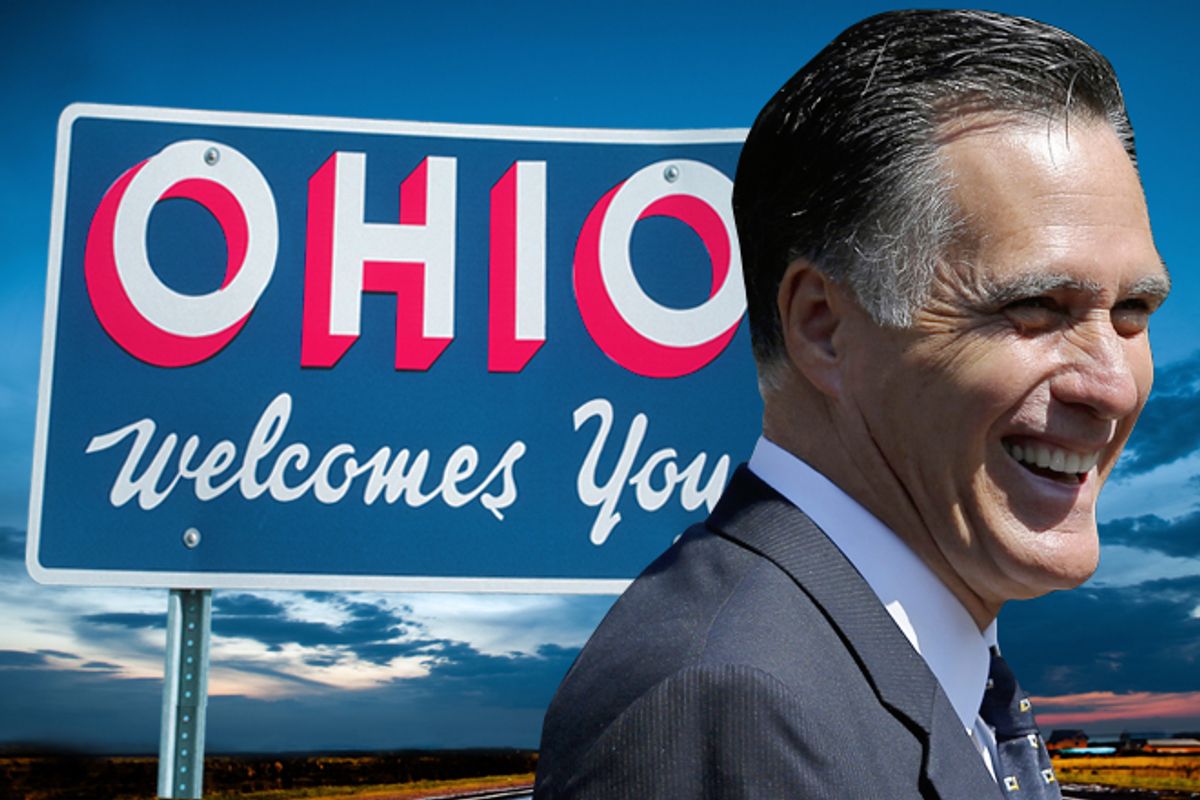 Voting machine provider Hart Intercivic will be counting the votes in various counties in the crucial swing states of Ohio and Colorado and elsewhere throughout the country come Nov. 6 — even though it has extensive corporate ties to the Mitt Romney camp, and even though a study commissioned by the state of Ohio has labeled its voting system a “failure” when it comes to protecting the integrity of elections.

Reports of Hart Intercivic’s ties to Romney first surfaced in late September, in a blog post by Gerry Bello and Bob Fitrakis in the Free Press, an Ohio website that reported that a key investor in Hart was HIG Capital, seven of whose directors were former employees of Bain & Co., a consulting company of which Mitt Romney was once CEO. (Romney left the company in 1984 to co-found a spinoff company, Bain Capital.) HIG Capital announced its investment in Hart on July 6, 2011, just one month after Romney formally announced the launch of his presidential campaign.

Nor were those the only ties between Hart and the Romney camp. Four of the HIG directors, Tony Tamer, John Bolduc, Douglas Berman and Brian D. Schwartz, are Romney bundlers along with former Bain and HIG manager Brian Shortsleeve, and, according to Opensecrets.org, a website run by the Center for Responsive Politics, HIG Capital has contributed $338,000 to the Romney campaign this year. Moreover, according to a reportin the Nation, HIG Capital is tied to the Romney family via Solamere, a private equity firm that has invested in HIG and is run by Tagg Romney, the candidate’s son.

Solamere, however, has released a statement asserting that “Neither Solamere nor its principals have any ownership in the company or in the fund that owns the company.”

A spokesman for Hart Intercivic, Peter Lichtenheld, vice-president of operations, confirmed that HIG was a major investor, but downplayed its role in Hart’s management. “HIG Capital is an investor with Hart,” Lichtenheld told Salon, “but it has nothing to do with management at Hart. We don’t want the perception that we have some political agenda. We are in the election business and integrity is paramount.”

In the event of a close election, however, the ties between the Romney family, their supporters and the voting machine company raise the specter of a potential conflict of interest and the memory of the controversy surrounding the 2004 election results in Ohio.

In that election, as I report in "Boss Rove," Democrat John Kerry had a 4.2 percent lead in the exit polls in Ohio, which would have given him the presidency. George W. Bush won the state by more than 2 points, however, and, as a result, kept the White House. But a civil suit subsequently alleged that the Ohio results were fraudulent because the Republican secretary of state of Ohio, Ken Blackwell, contracted with SmarTech, a Tennessee-based tech firm indirectly tied to Karl Rove, to serve as the “failover” site for election results in Ohio on Election Night.

At approximately 11:14 p.m. on that night, SmarTech did, in fact, link up with servers for Ohio’s election returns. After SmarTech became part of the process, the Ohio returns were characterized by anomalies involving the tabulation of punch cards, electronic voting machines of various types, spectacularly high turnouts in pro-Bush precincts and turnouts in pro-Kerry precincts that were astoundingly low. Virtually all the irregularities favored Bush, and the vast majority of them remain unexplained.

When I questioned Rove about his relationship to SmarTech for my book, "Boss Rove," he told me, “I have no idea who SmarTech is.”

He later added, “I am so many layers removed from that I wouldn’t even know who those guys were.”

Nevertheless, so many troubling questions about the 2004 election in Ohio remained unanswered that when Democratic Secretary of State Jennifer Brunner succeeded Ken Blackwell, she commissioned a study in 2007 called Project Everest to evaluate Hart and other voting systems in use in Ohio at the time.

Its conclusion? The Hart system performed “poorly” because unauthorized individuals could gain access to memory cards and “easily tamper” with core voting data, and Hart scored a “zero” on the 12-step baseline comparison because it “failed to meet any of the 12 basic best practices” necessary to have a secure system.

Lichtenheld said Hart has not upgraded its product since the Project Everest report but he attributed the harsh assessment of Hart’s system to the fact that the people evaluating it “were given unfettered access.” “There are many ways to compromise it given unfettered access,” he said. “They had all the time in the world and didn’t have to worry about security breaches.”

In an interview with msnbc.com, former Secretary of State Brunner said that the threat of a politically-motivated attack on the system was now “very low” because Ohio put in place a comprehensive set of procedures to protect against security breaches and “to ensure that everything works as it should.”

Whether those precautions will be enough remains to be seen. The Project Everest report asserted that the Hart system “lacks the technical protections necessary to guarantee a trustworthy election under operational conditions.” Ultimately, it concluded with words that may prove haunting come Nov. 6: “The vulnerabilities and features of the system work in concert to provide ‘numerous opportunities to manipulate election outcomes or cast doubt on legitimate election activities ... virtually every ballot, vote, election result, and audit log is ‘forgeable or otherwise manipulatable by an attacker with even brief access to the voting systems.'"