The Comedy Central host has been cast in "The Hobbit" trilogy, but as who? We play casting director 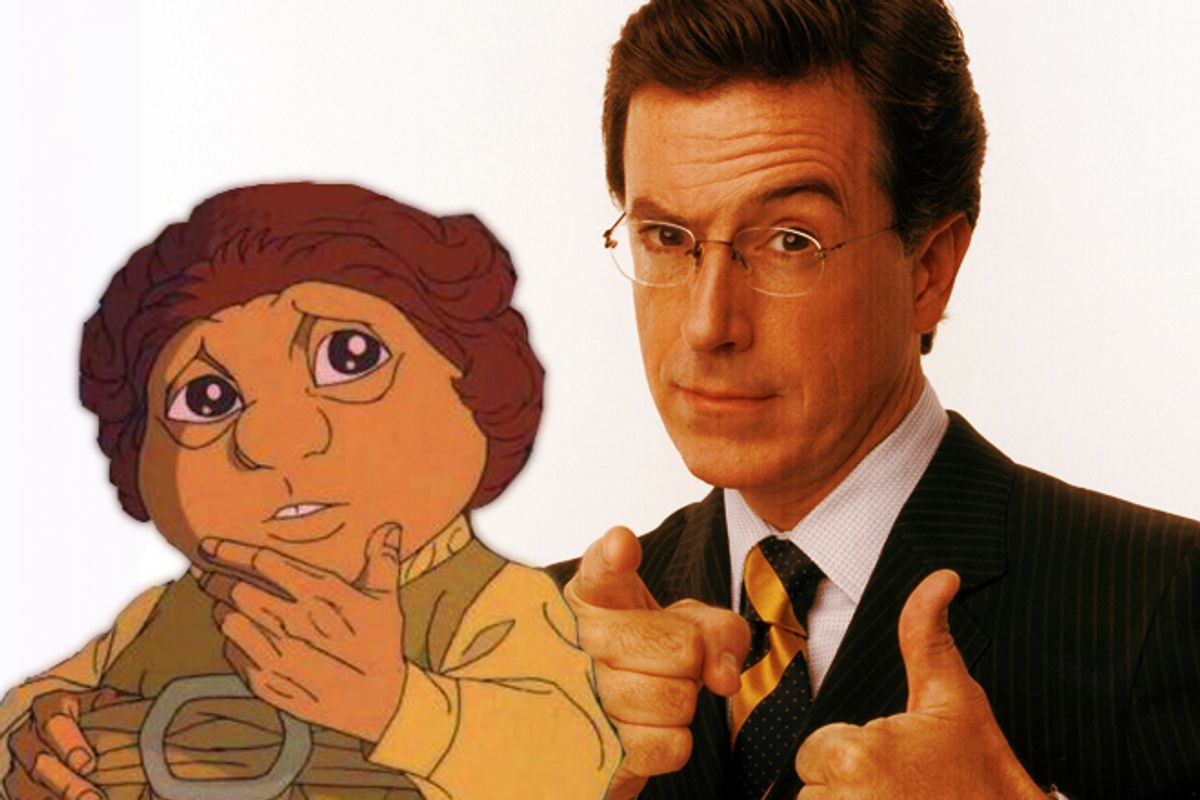 Not since the time Bob Dylan showed up in an episode of “Dharma & Greg” will a star cameo be as bewildering as when Comedy Central host Stephen Colbert appears in the second and possibly third installments of “The Hobbit” trilogy directed by Peter Jackson.

Colbert, a reported J.R.R. Tolkien fan, will not be in the first chapter, which opens Dec. 15, but Hollywood Reporter says he’s a lock for a role.

Which one? Here are five possibilities:

1. Beorn. This weird, old recluse shepherds an army of animal servants and assists Bilbo and the dwarves' escape from a goblin horde. He’s also a shape-shifter who happens to become a bear in key moments of the story. A Colbert? A prime choice if Colbert wants to skip the rubber makeup and flowery robes and just stick to the pinstripes.

2. Elrond. An Elfin leader who is described in the novel as “strong as a warrior, as wise as a wizard, as venerable as a king of dwarves, and as kind as summer.” Colbert’s venerability as a dwarf king is well known to the many little people in his life, but what makes this role certain is his keen wizardly ways — like when he produces exact change at a toll booth, or the time he knew to bring a sweater for a nature hike in October.

3. The Master of Lake Town. Ah, the greedy and conniving Bubba of the Bog! Colbert is a natural for this role, a capitalist gold hoarder whose intelligence is not strong enough to trump his hunger for booty. This Master of Disaster placates his elfin friends until a dragon spell zaps him of his senses. His fate? Cast into the wild where he withers of inconsequence and shame — like Rick Perry.

4. Bombur. Colbert better circle through the local Krispy Kreme a few dozen times to score this plump role. Bombur is the John Candy of “The Hobbit,” a roly-poly goofball who happens to also be a dwarf. The Brown Bombur provides comic relief by making false entrances, tripping, falling and napping, both under spell and not. Colbert will flex his acting muscles, especially for the part when he drinks enchanted water that isn’t bottled.

5. Nori and Dori. Colbert and fellow Comedy Central host Jon Stewart have the opportunity to cameo in tandem as these two dwarf brothers known for wearing fey purple hoods and playing flutes! Nori and Dori (along with third brother Ori) not only have obvious obstacles to overcome, but their loyalty to hero Bilbo Baggins trumps all. Besides trolling through a landscape of trolls, goblins and spiders, this pair of confirmed bachelors ends up where many like them have gone before: Lonely Mountain.