"Horses and bayonets" scored, but somehow the party was just less fun 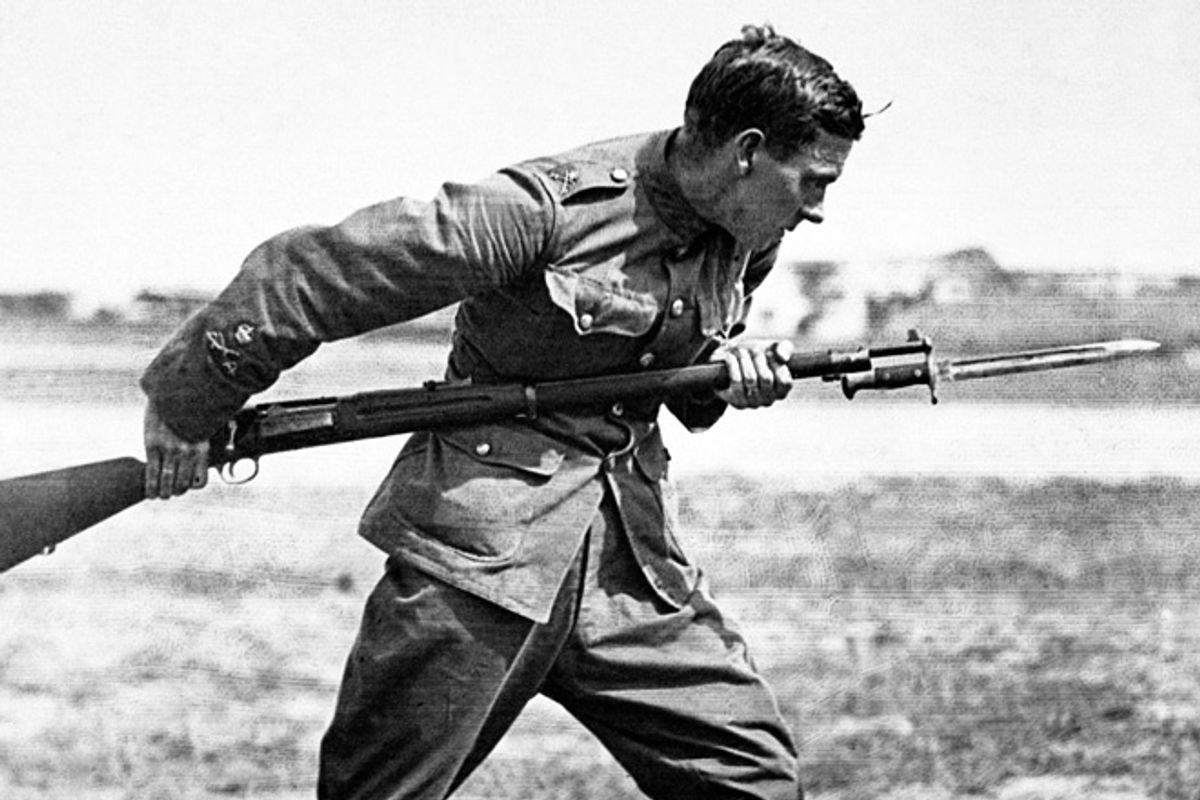 For the final, foreign-policy-themed sparring match between the two men who would be commander-in-chief, expectations were high. Fake Twitter accounts and Tumblrs and gifs were all at the ready. Why, then, did Monday's testy confrontation between Barack Obama and Mitt Romney ultimately prove something of a letdown? Where are those glorious debate memes of times gone by?

It seems like only three weeks ago we were idly watching the first presidential debate when a seemingly out-of-left-field remark from Mitt Romney turned into a collective WTF. And no sooner had the candidate uttered the words, "I'm sorry, Jim, I’m going to stop the subsidy to PBS. I like PBS. I love Big Bird. I actually like you, too. But I'm not going to keep spending money on things, borrowing money from China to pay for it," than "Sesame Street's" beloved yellow Muppet became a bona fide Internet sensation. Soon after, the phrase "binders full of women" became a brilliant Tumblr — and entered the lexicon just in time to provide Halloween costume inspiration for everyone not yet locked down with Honey Boo Boo or Potato Jesus. And in between, there was every single gif-worthy, laughtastic moment of Joe Biden during the vice-presidential debate. Malarkey!

So as we settled in Monday for our drinking games and insta-tweets, it was with an easy expectation that this would be our richest, most deliciously meme-filled debate yet. And it had its moments, sure. Romney tried to capture the weird Big Bird glory of the first debate by insisting, "I love teachers," even if the National Education Association president says the feeling isn't mutual. There was Romney's errant hair, which went rogue right into its own Twitter account. There was Battleship. And there was the night's biggest winner, Obama's smooth dis to Romney, "You mentioned the Navy, for example, and that we have fewer ships than we did in 1916. Well, Governor, we also have fewer horses and bayonets, because the nature of our military's changed." Faster than you could tweet "Oh, snap!," the inevitable Tumblr was born.

Yet the whole thing felt less fun this time around, and a lot more forced. Bob Schieffer was a little doddering, but couldn't match Jim Lehrer for FAIL worthiness. Josh Romney did not make with the crazy eyes. In short, as we all learned long ago from "Mean Girls," you can't make a thing a thing any more than you can plan for spontaneity.

Two weeks before the election, a weary populace has already seen enough jokey variations on "Keep Calm and Carry On" on its Facebook wall, has experienced major Some Ecard overload, and just can't face another "One does not simply walk into Mordor" gag. So if Monday night wasn't the Super Bowl of the meme generation, if horses and bayonets just aren't as interesting as binders full of women, relax. There's no way we're getting through the next 14 days without one of these guys doing something at which we can all point and laugh. And Tumblr will still be there, waiting for it.