Two weeks before the election, has any candidate in American history campaigned on such a blank slate? 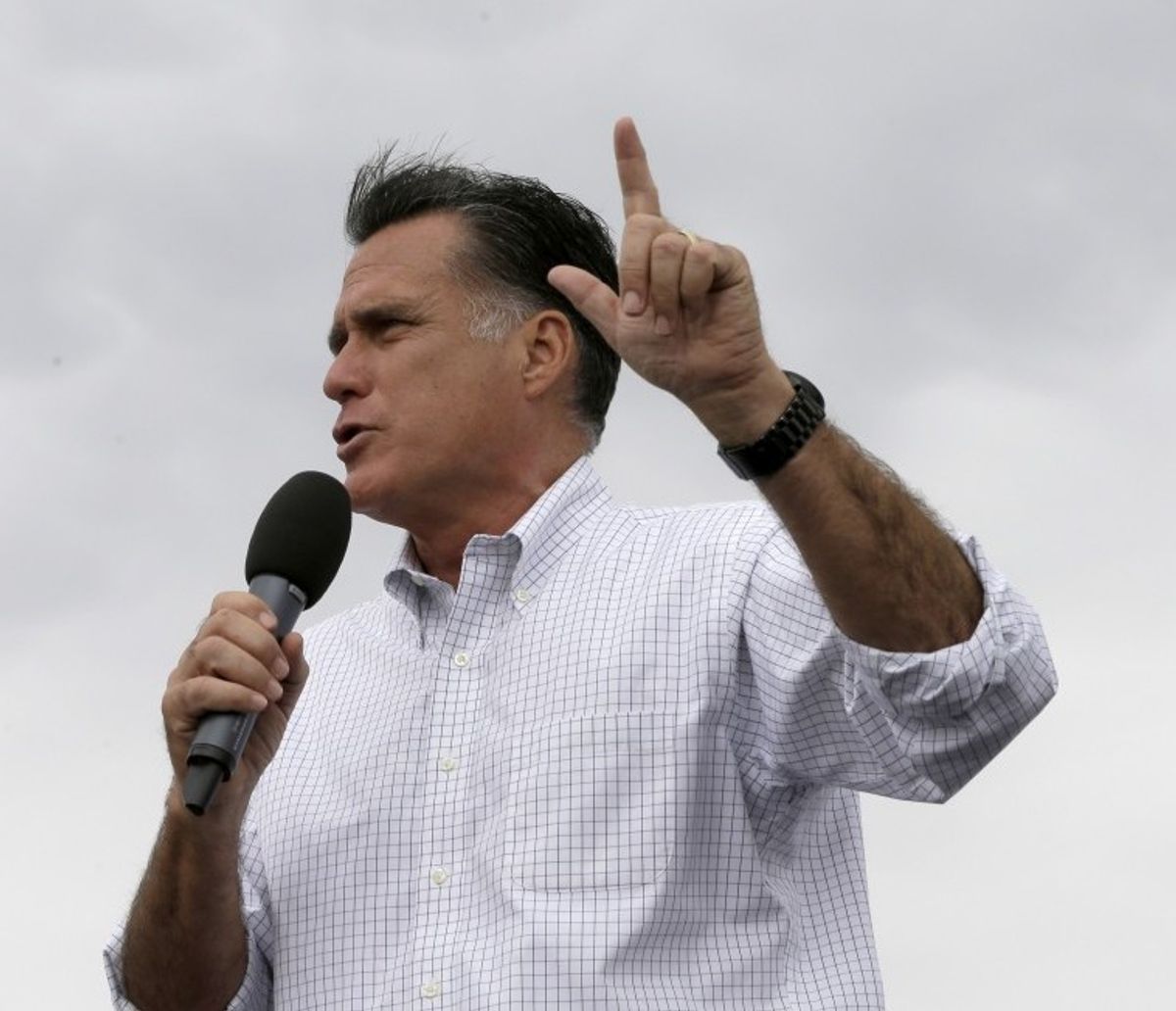 As we close in on Election Day, the questions about what Mitt Romney would do if elected grow even larger. Rarely before in American history has a candidate for president campaigned on such a blank slate.

Yet, paradoxically, not a day goes by that we don’t hear Romney, or some other exponent of the GOP, claim that businesses aren’t creating more jobs because they’re uncertain about the future. And the source of that uncertainty, they say, is President Obama — especially his Affordable Care Act (Obamacare) and the Dodd-Frank Act, and uncertainties surrounding Obama’s plan to raise taxes on the wealthy.

In fact, Romney has created far more uncertainty. He offers a virtual question mark of an economy.

For example, Romney says if elected he’ll repeal Obamacare and replace it with something else. He promises he’ll provide health coverage to people with pre-existing medical problems but he doesn’t give a hint how he’d manage it.

Insurance companies won’t pay the higher costs of insuring these people unless they have extra funds — which is why Obamacare requires that everyone, including healthy young people, buy insurance. Yet Romney doesn’t say where the extra money to fund insurers would come from. From taxpayers? Businesses?

Romney also promises to repeal Dodd-Frank, but here again he’s mum on what he’d replace with. Yet without some sort of new regulation of Wall Street we’re back to where we were before 2008 when Wall Street crashed and brought most of the rest of us down with it.

Romney hasn’t provided a clue how he proposes to oversee the biggest banks absent Dodd-Frank, what kind of capital requirements he’d require of them, and what mechanism he’d use to put them through an orderly bankruptcy that wouldn’t risk the rest of the Street. All we get is a big question mark.

When it comes to how Romney would pay for the giant $5 trillion tax cut he proposes, mostly for the rich, he takes uncertainty to a new level of abject wonderment. “We’ll work with Congress,” is his response.

He says he’ll limit loopholes and deductions that could be used by the wealthy, but refuses to be specific. Several weeks ago Romney said he’d cap total deductions at $17,000 a year. Days later, the figure became $25,000. Now it’s up in the air. “Pick a figure,” he now says.

Make no mistake. Wall Street traders and corporate CEOs are supporting Romney not because of the new level of certainty he promises but because Romney promises to lower their taxes.

Meanwhile, many of Romney’s allies who are attacking Obama for creating uncertainty are themselves responsible for the uncertainty. They’re the ones who have delayed and obfuscated Obamacare, Dodd-Frank, and any semblance of a federal budget.

“Continued uncertainty is the greatest threat to small businesses and our country’s economic recovery,” says Thomas Donohue, president and CEO of the U.S. Chamber of Commerce, which has been funneled tens of millions of dollars into ads blaming Obama for the nation’s economic woes.

That’s the same Chamber of Commerce that’s been using every legal tool imaginable to challenge regulations emerging from Obamacare and Dodd-Frank — keeping the future of both laws as uncertain as possible for as long as they can. The Chamber even brought Obamacare to the Supreme Court.

At the same time, congressional Republicans have done everything in their power to scotch any agreement on how to reduce the budget deficit. Because they’ve pledged their fiscal souls to Grover Norquist, they won’t consider raising even a dollar of new taxes. Yet it’s impossible to balance the budget without some combination of spending cuts and tax increases — unless, that is, we do away with Social Security, Medicare and Medicaid, or the military.

Business executives justifiably worry about January’s so-called “fiscal cliff”, requiring sudden and sharp tax increases and spending cuts. But they have no one to blame but Norquist’s Republican acolytes in Congress, including Paul Ryan, all of whom agreed to the fiscal cliff when they couldn’t agree to anything else.

Average Americans, meanwhile, face more economic uncertainty from the possibility of a Romney-Ryan administration than they have had in their lifetimes. Not only has Romney thrown the future of Obamacare into doubt, but Americans have no idea what would happen under his administration to Medicare, Medicaid, college aid, Pell grants, food stamps, unemployment insurance, and many other programs Americans rely on. All would have to be sliced or diced, but Romney won’t tell us how or by how much.

Romney is casting a pall of uncertainty in every direction — even toward young immigrants. He vows if elected he’ll end Obama’s reprieve from deportation of young people who arrived in the U.S. illegally when they were children. As a result, some young people who might qualify are holding back for fear the information they offer could be used against them at later date if Romney is elected.

Conservative economists such as John Taylor of the Hoover Institution, one of Romney’s key economic advisors, continue to attribute the slow recovery and high unemployment to Obama’s  “unpredictable economic policy.”

In truth, Romney and the GOP have put a giant question mark over the future of the economy and of all Americans. The only way the future becomes more certain is if Obama wins on Election Day.