Last night's premiere was funny, but aimed too closely at a hyper-specific, Mark-Paul Gosselaar–loving audience 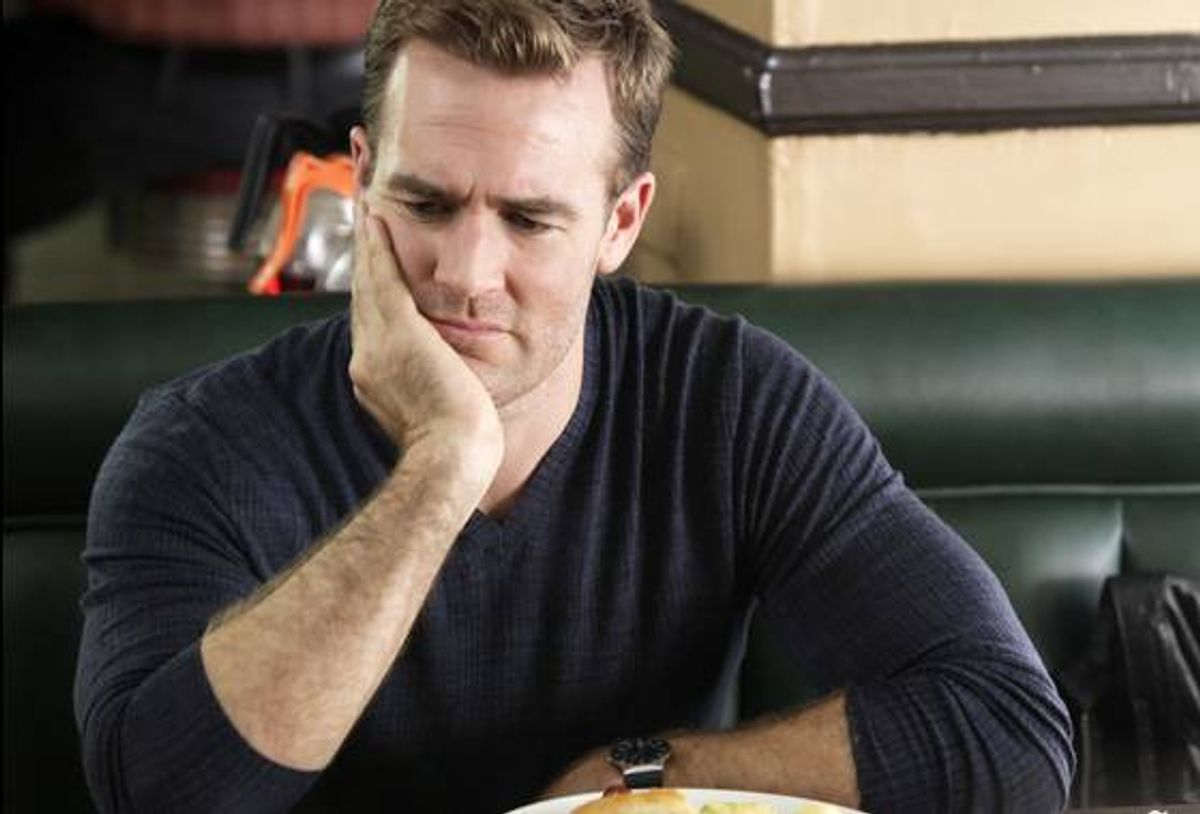 ABC’s sharp and cheerfully bracing sitcom “Don’t Trust the B---- in Apt. 23” returned for its second season last night with a funny and very curious episode. The series is about a goody two-shoes named June (Dreama Walker) who moves in with a charming and mean-spirited B---- named Chloe (Krysten Ritter), who happens to be besties with “Dawson's Creek” star James Van Der Beek (James Van Der Beek). The show was a mid-season replacement last year, airing just seven episodes before taking its summer break.  Most such sitcoms would use their second season premiere as a kind of reintroduction, but if the premiere of “Apt. 23” was a re-intro, here’s what it had to say about itself: Hi, I’m “The B in Apt. 23” and I am a show for people who were likely tween to 20-something pop culture consumers in the late 1990s and early aughts. I plan to reach beyond this niche audience not by broadening the show, but by launching viral videos.

In last night’s premiere, June and Chloe went to war over whether James Van Der Beek should appear in a “Dawson’s Creek” reunion special. June, who loved “Dawson’s Creek” as a teenager, tried to convince James to do so with lines like, “When Aaron DiMaio broke up with me in seventh grade, I thought I was going to die. And then I turned on the TV and Grams got the diagnosis. She was really going to die.” It’s one thing to expect “everyone” to know that Katie Holmes and Michelle Williams appeared on “Dawson’s Creek,” but to expect most of the viewing audience to remember Grams? As I recall, I was trying to forget Grams while “Dawson’s Creek” was originally airing.

The inside-television references didn’t stop there. In addition to more “Dawson’s” nods, a very current John Woo punch line, and a riff on June’s autumnal sweaters that I think was an in-joke on “Felicity,” there were cameos from “Malcolm in the Middle’s” Frankie Muniz, “Dawson’s” own Busy Phillips and — the cameo de resistance — an appearance from Mark-Paul Gosselaar, the “Saved by the Bell” star who has become something of a master at good-naturedly lampooning himself for the insatiable '90s-nostalgia audience.

I don’t know quite what the generational equivalents of these references would be, which is the point: Mork running into Alf and Meathead and Laverne? Miranda Cosgrove chatting up Josh Peck, Selena Gomez and Ashley Tisdale? If you’re over a certain age, which is not really all that old, last night’s “B in Apt. 23” might as well have been gobbledygook. If you were under a certain age, it would be meaningful only because your older sister/camp counselor/Jimmy Fallon/a solid stripe of the Internet had previously expressed an obsession with these people, or because “Saved by the Bell” is always rerunning somewhere. Forget prioritizing the 18-49 demo, “Don't Trust the B---- in Apt 23” is focusing on the demo of 25- to 38-year-olds who liked to play “Saved by the Bell” trivia with their friends.

As someone in that demo, I enjoyed last night’s episode, and not just because Gosselaar is basically a national treasure. “The B in Apt. 23” has grown into a well-constructed, sharp sitcom. It has a delightful bad attitude, a serrated insouciance. By focusing on an abhorrently behaved bad girl, it affirms female friendship in a way shows about ill-behaved good girls cannot: Chloe's appreciation and love for June — not her resentment and annoyance — are the deep secrets between them. But the encyclopedic volume of references masked much of this. ("Apt. 23" seemed to revel in the niche-ness. According to June, just over 900,000 teenage girls watched the finale of "Dawson's." Is that supposed to be a lot? ABC probably doesn't think so.)

If this seems a strange and narrow strategy, well, developing a devoted, pop culture-savvy audience that believes a beloved show truly “gets” them is not the least-effective way to keep a low- to medium low-rated sitcom on the air. Furthermore, TV doesn’t just take place on a TV set anymore, and every single cameo from last night’s episode, especially the Van Der Beek–Gosselaar mind-meld, seems viral video ready.  In this regard, “Don't Trust the B---- in Apt. 23” looks to be taking notes from Jimmy Fallon, who continuously boosts his profile by sending widely watched clickbait — like his "Saved By the Bell" reunion sketches — out into the universe, where it's seen by many millions more people than watch his show in real time.