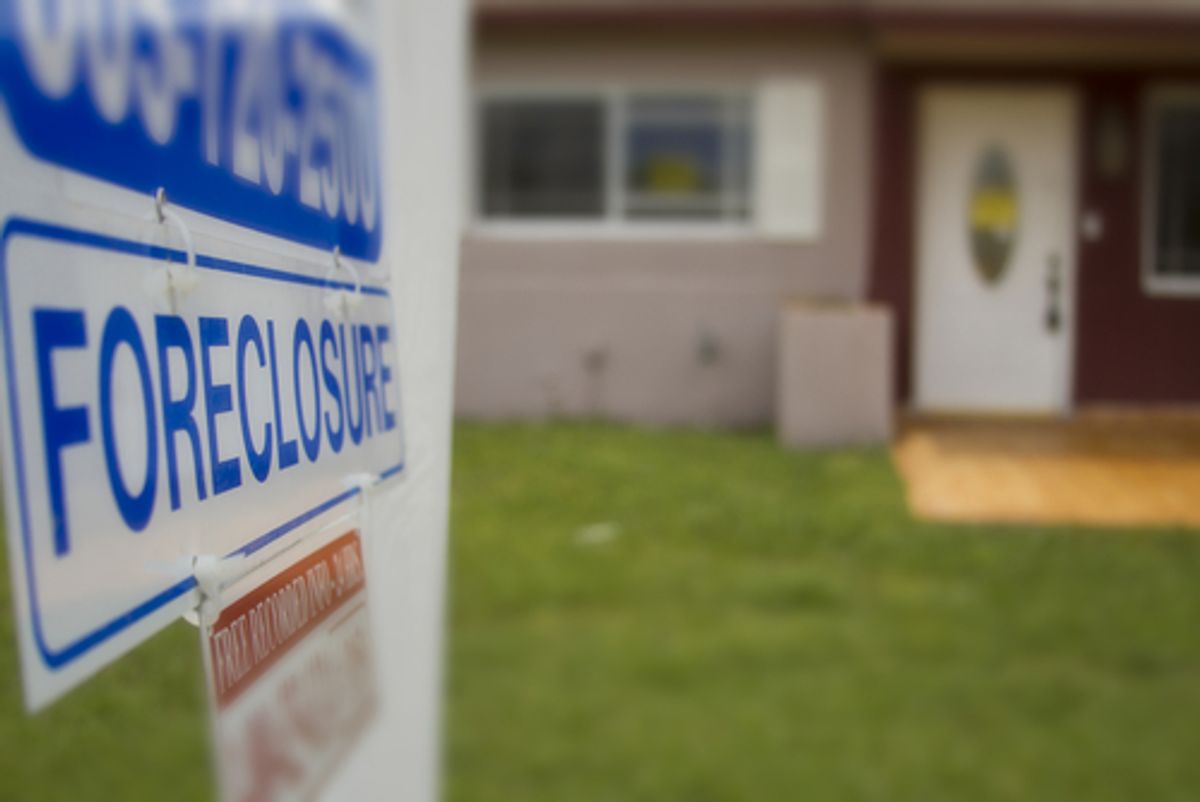 The Department of Justice sued Bank of America for mortgage fraud Wednesday, in the latest in a series of civil fraud suits filed by the U.S. government against major banks. According to a breaking Reuters report, the complaint filed in Manhattan accuses the banking giant of "deliberately generating and then selling thousands of toxic home loans that later defaulted to Fannie Mae and Freddie Mac."

According to U.S. Attorney Preet Bharara, these loan sales resulted in "countless" foreclosures and over $1 billion in losses. As Salon noted in early October, the U.S. filed a fraud complaint against Wells Fargo and, in September, a joint federal and state task force sued JPMorgan Chase for deceptive practices related to the sale of mortgage-backed securities. All of these suits, including today's BofA filing, are civil and may result in monetary penalties for banks, but no jail time for bankers.

As I wrote following the Wells Fargo complaint filing, "although many welcome the government going after Wall Street, critical pundits have raised questions about the timing, noting that the Obama administration might be projecting a tough-on-banks stance with the election countdown in mind."