When Mitt and the law were at odds, he acted in the pettiest way imaginable 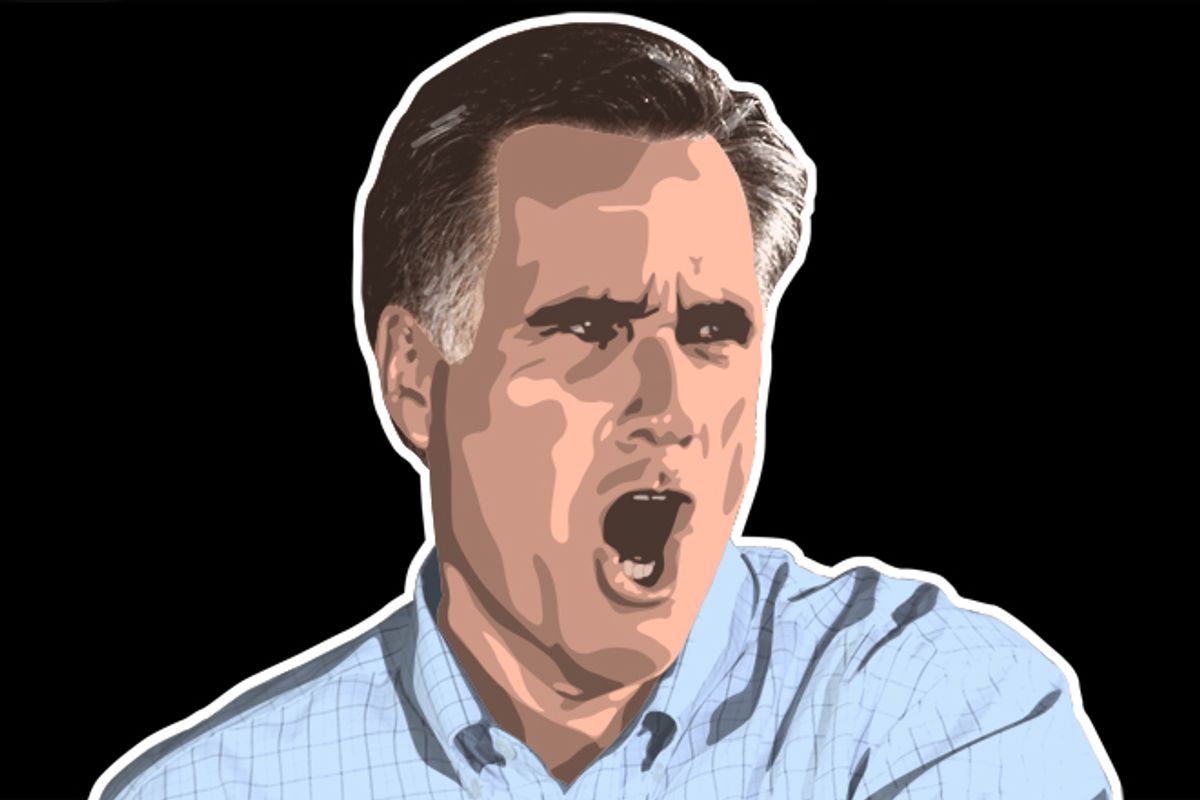 Mitt Romney has been all over the map on gay rights. In 1994 he promised to run to the left of Sen. Ted Kennedy and more recently he's settled on the position that a constitutional amendment should ban gay marriage. At first glance, it looks a lot like another one of those issues where Romney has no real position and is willing to say whatever’s expedient.

However, a story in today's Boston Globe suggests that he does have a real opinion on gay parents raising children. When Romney was governor, the Massachusetts Supreme Judicial Court made the state the first to legalize gay marriage. The Globe reports that since gay couples having children offended his sensibilities he made their lives difficult.

The state Registry of Vital Records and Statistics said it needed to revise its birth certificate forms for babies born to same-sex couples. The box for “father” would be relabeled “father or second parent,’’ reflecting the new law...

Divisions between the governor’s office and state bureaucrats over the language on the forms and details about the extraordinary effort by the Republican governor to prevent routine recording of births to gay parents.

As a result, gay women attempting to obtain birth certificates for their children could encounter delays, while gay men seeking parental rights sometimes had to obtain them by court order.

A confidential memo from a state agency to Romney’s general counsel obtained by the Globe clarified the stakes:

The changes also would impair law enforcement and security efforts in a post-9/11 world, she said, and children with altered certificates would be likely to “encounter [difficulties] later in life . . . as they try to register for school, or apply for a passport or a driver’s license, or enlist in the military, or register to vote.”

Romney fought to complicate the lives of infants. Is this part of an ongoing war on babies?