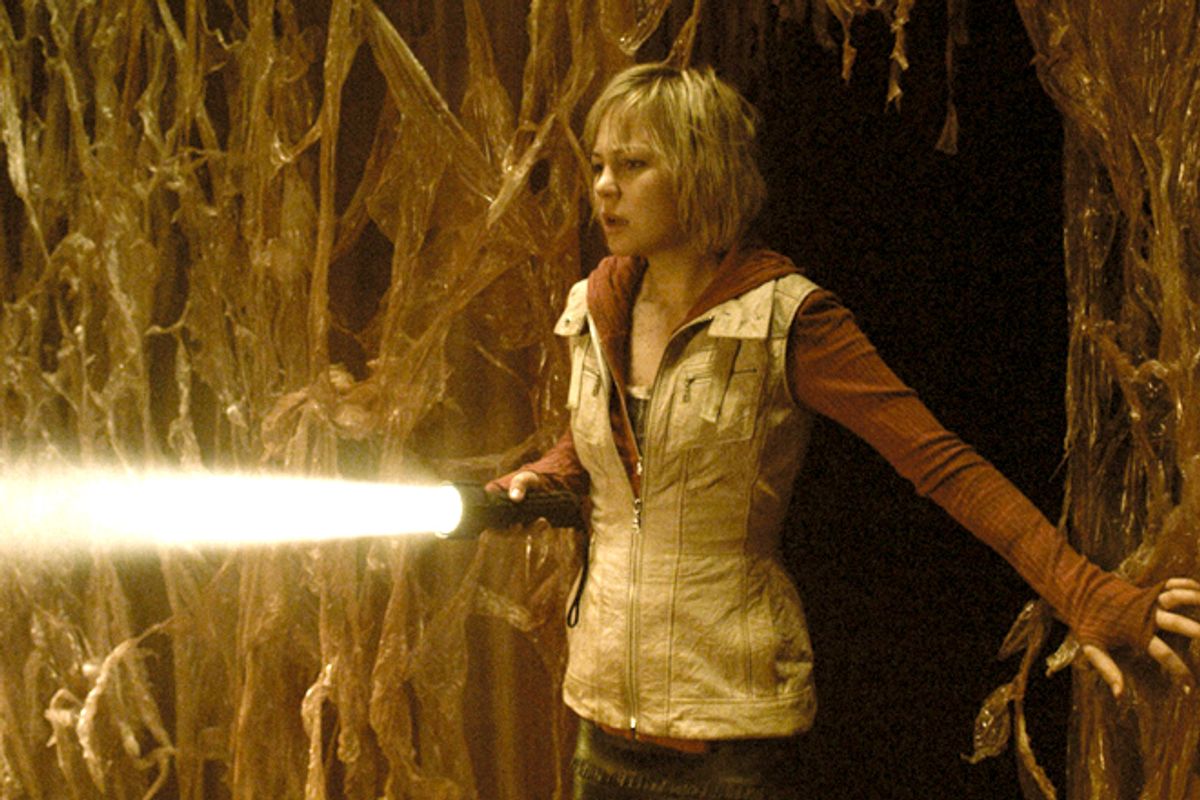 At first we don’t understand why César (Luis Tosar), the protagonist of the new Spanish horror thriller “Sleep Tight,” would dream about suicide in the opening sequence. Sure, he has to get up at 5 a.m. to go to work as the front-desk concierge in a middle-class Barcelona apartment building, and the grumpy old guy who manages the building gives him a hard time about watering the plants and staying out too long for lunch. But he also gets to wake up next to Clara (Maria Etura), a vivacious younger woman who likes to show off her terrific figure in high-end lingerie. It takes quite a while, in fact, to figure out the problem: Clara doesn’t actually know that César is sleeping in her bed, night after night, let alone that he’s the source of the creepy love letters and abusive text messages she gets every day.

“Sleep Tight,” first of all, is a nifty new Euro-horror film, with several wicked-cold Hitchcockian twists, that shows off the range and craft of terrific Spanish director Jaume Balagueró, co-founder of the “[Rec]” franchise (still the gold standard in found-footage horror). It also offers a way to talk about the odd predicament of 21st-century horror movies, which remain enormously popular but seem – and this is inherently a subjective judgment – to have lost critical respect and cultural relevance in recent years. There’s a standard critique of contemporary horror that gets trotted out during Halloween week, which goes something like this: Wasn’t it better when horror movies relied on psychology and atmospherics, rather than splatter and special effects? Hasn’t our culture gone irretrievably downhill, from “The Haunting” in 1963 to the original “Texas Chain Saw Massacre” to “Hostel”? Blah blah blah!

I’m not sure how valid that line of argument ever was – and I speak as someone who has written versions of that piece, more than once – but here’s the thing: Over the past several years, horror has pivoted decisively in a new direction, thanks largely to an injection of new energy from Europe (especially the bizarre richness of recent Spanish horror cinema) and the indie-film fringe. In what we might call the “Paranormal Activity” era, slasher films and “torture porn” (a phrase that was never quite fair) have faded away, and the biggest horror hits have been designed as spooky thrill rides, built on innovative technique, narrative suspense and clever surprises, but hardly at all on gore or out-and-out sadism. Even as fantasy has become a dominant current in both Hollywood film and fiction publishing, horror is still perceived as a low-prestige, low-budget and somewhat disreputable niche product.

Looking at the genre from a historical perspective, I’m pretty sure that “torture porn” was more of a media-outrage meme than a real phenomenon, and the success of Eli Roth’s admittedly gruesome and unrelenting 2006 “Hostel” was pretty much an aberration. Despite the name, for instance, the “Saw” franchise was mainly a series of heavily moralistic puzzle-box fables; people assumed they were incredibly gruesome, but by contemporary media standards, the bloodshed was nothing special. (OK, you won’t catch me defending “House of 1000 Corpses” or the rest of Rob Zombie’s spectacularly gory directing career. But the guy’s not exactly flavor of the month anymore either.)

Along with “Sleep Tight,” which is admittedly a subtitled film that will play in a few big cities and on VOD, this week also brings us “Silent Hill: Revelation 3-D,” second in a video-game-derived series and follow-up to a big hit that flew somewhat under the radar six years ago. I haven’t seen it, because the distributor saw no percentage in screening the movie for the New York press, which should tell you something. This movie will be dismissively reviewed by mainstream media, or ignored altogether, and draw teenagers and young adults by the millions. The first “Silent Hill,” which was scripted by one-time Quentin Tarantino collaborator Roger Avary and directed by French import Christophe Gans, is a phantasmagorical journey, rich in digital effects but also in creepazoid atmosphere, with clear nods to David Lynch and the Wachowskis. It makes a terrific late-night Amazon or iTunes rental, at least if you don’t need to be up early the next day. (Yes, it also suffers from a bad case of plot-resolution stupidity, but horror fans are used to being abused on that front.)

Like the recently released “Paranormal Activity 4,” which I skipped (is it worth the 12 bucks?), “Silent Hill: Revelation” will probably yield one of the best returns on investment of any Hollywood movie made this year. No one was expecting that kind of yield, however, from the surprise hit “Sinister,” a nifty little creepshow that stars Ethan Hawke as a true-crime author who gets trapped by his own inability to stop watching a series of horrifying Super-8 films. It’s like a meta-lesson on the evils of film criticism! Wrapped up, that is, in a disturbing yarn that’s both a haunted-house movie, a demonic-possession tale and a serial-killer drama. (With a supporting role by Fred Thompson, the one-time GOP presidential candidate turned TV pitchman!)

Just in the last couple of months, I’ve reviewed the imaginative indie-horror anthology “V/H/S,” the claustrophobic and scary Jewish-exorcist film “The Possession,” the delicious L.A. zombie-vampire farce “The Revenant” and the oddly intoxicating Filipino-made horror fantasy “The Road.” Quite a few other horror movies have been released this year that I haven’t seen or didn’t cover — “Smiley,” “The Tall Man,” “Lovely Molly,” “The Corridor,” “Intruders” and so on – which may or may not be any good but have little or nothing to do with the torture-porn or teen-splatter stereotypes. To find anything like that, we have to go back to Joss Whedon and Drew Goddard’s “Cabin in the Woods,” a brilliant mashup that’s part H.P. Lovecraft and part Philip K. Dick. Is it too early to proclaim that we’re living through a new golden age of horror, and almost nobody’s paying attention?