"I don’t know how these guys come up with these ideas," Obama told Jay Leno 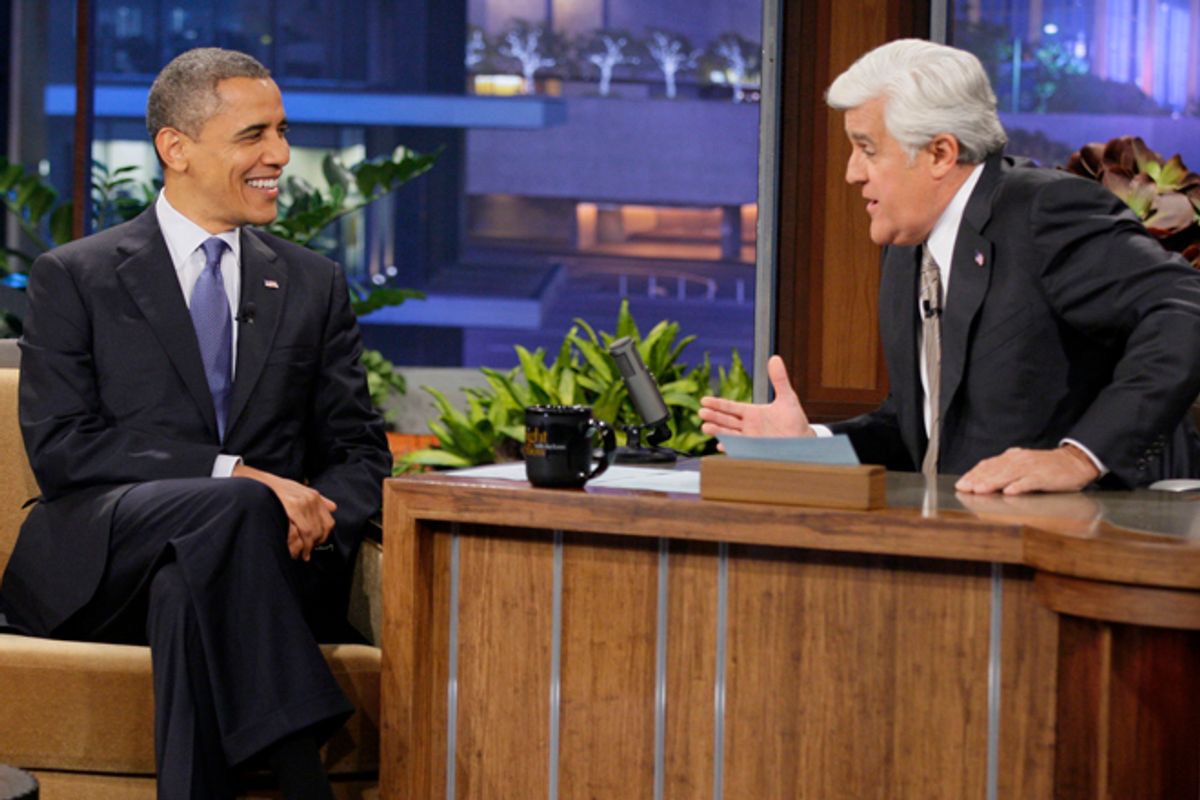 President Obama appeared on "The Tonight Show," and addressed Richard Mourdock's comments that pregnancy from  rape "is something that God intended to happen."

“I don’t know how these guys come up with these ideas,” Obama told Jay Leno. “Let me make a very simple proposition. Rape is rape. It is a crime. And so these various distinctions about rape don’t make too much sense to me, don’t make any sense to me. The second thing this underscores, though, is this is exactly why you don’t want a bunch of politicians, mostly male, making decisions about women’s healthcare decisions.”

On Donald Trump, Obama joked that they knew each other growing up in Kenya: “We had constant run-ins on the soccer field. He wasn’t very good, resented it. When we finally moved to America, I thought it would be over.”