"The Houstons" comes way too soon 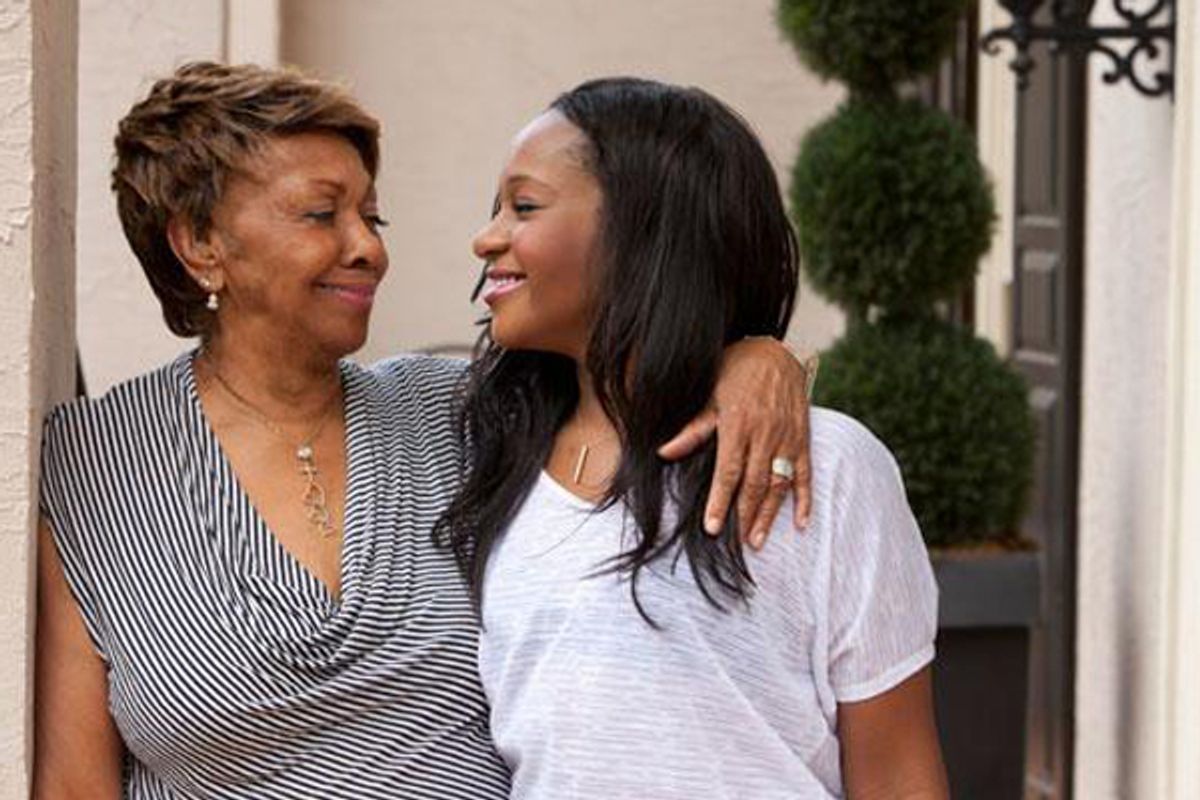 Cissy Houston and Bobbi Kristina Brown in "The Houstons: On Our Own"
--

Whitney Houston died eight and a half months ago this past February. By May, her family was filming a reality TV show. The simultaneously low-key but exploitative series that has resulted, “The Houstons: On Our Own,” began airing last night on Lifetime. The premiere episode ended with the family gathered beside Houston’s grave on Mother’s Day, sobbing. The series doesn’t gloss over the grief: It puts cameras on it. And even when they’re standing back, filming the family from a “non-invasive” distance, the whole thing feels pretty wretched.

“The Houstons” features Bobbi Kristina, Whitney’s daughter with Bobbi Kristina Brown; Whitney’s brother Gary; his wife, Pat; their 14-year-old daughter Rayah; Bobbi Kristina’s controversial 23-year-old boyfriend and formerly adopted brother, Nick; and occasional appearances by Whitney’s mother, Cissy. The 19-year-old Bobbi Kristina — who goes by Krissi — introduces herself to the camera as the daughter of the “infamous badass” Bobby Brown and the “beautiful princess” Whitney Houston, which sums up the strange frequency the show’s participants are all operating on: both hyperaware of what “the world” thinks, and unaware ov how strange and removed describing one’s father as an “infamous badass” sounds.

Bobbi Kristina is the object of interest here, but not exactly the focus. The soft-spoken, steel-willed Pat, who was also Houston’s manager — or so says her chyron – is actually running the show. The cameras operate out of Pat and Gary’s big house in Atlanta, never filming Krissi and Nick at Whitney’s home, where they still live. (One of the most interesting subtexts of “The Houstons” is the implicit comparison between Pat and Gary’s stable marriage and their sweet, energetic daughter and the much more unstable family that produced the much more unstable Bobbi Kristina. In the show’s most interesting non-Whitney related moment, Gary and Rayah have a jovial yet bracing conversation in which Gary, totally serious, tells his daughter “she better not bring no white boys home.” “My dad is being so ratchet and overprotective! I’m in high school. Hello!” is Rayah’s on-camera reply.) Pat is the one setting up all the typical “spontaneous” events that are a reality show’s bread and butter: the acting lessons, the swim meets, the family gatherings. Krissi is supposed to attend many of these. Sometimes she does not. The show’s credits end with all the participants’ faces in picture frames on a piano. Coming back from commercial breaks, Pat’s frame is the largest, her image the one the camera lingers on. The producers know who they have to flatter.

Pat talks to anyone who will listen — her husband Gary is an acting teacher who has never met Krissi — about how concerned she is about her niece, but her sugary-sweet patter has a rank self-serving streak. “It’s difficult to deal with [Krissi] because the world is so involved,” she complains to her husband, in front of a bank of cameras. Pat is convinced that Krissi and Nick are moving too fast and so she actively schemes to separate them to get Krissi on “the right track” and to “focus on her career.” But what track? What career? Krissi is 19 and her mother has been dead for just three months. If she wants to hang out with her first love all day, what’s so bad about that? Maybe I’m biased: No one with a voice as nerdy as Nick’s — we're talking Urkel territory — comes across as threatening. (Krissi, for all her makeup and sass seems like an undercover nerd too. She describes herself, Whitney and Nick as the three musketeers turned to two. “D'Artagnan has left us!” she pronounces with a flourish at a family brunch.)

By the end of the second episode, it seems Pat and Gary have more to worry about than just Nick anyway. Krissi shows up for dinner wasted. The intimation from the edit is that she’s been sneaking wine at Pat and Gary’s house, but for the amount of messed up she is — slurring, wobbly — she must have arrived half in the bag (or on something else). Nick seems unconcerned. This isn’t beyond the pale for a grieving 19-year-old, but it’s especially alarming in a grieving 19-year-old who is the daughter of two adults with substance abuse problems. This scene pinpoints the grotesque bargain underlying “The Houstons”: Audience sympathy and family distress are in lock-step. The more grief-stricken or traumatized Houston’s survivors appear, the more we feel for them. The moments that make the best TV are exactly the same moments that demonstrate this family shouldn't be on a TV at all.