Weird news: Snake on a plane in Glasgow 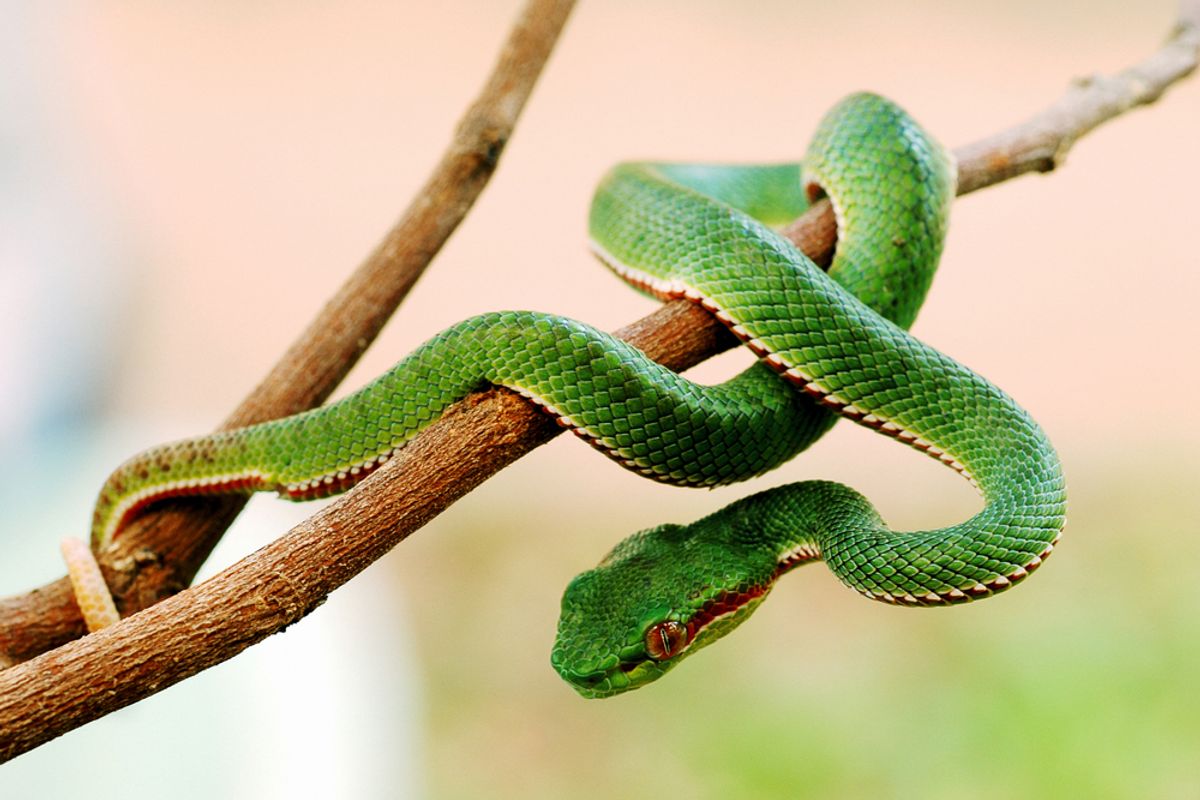 LONDON — Scottish airport staff got a slithery surprise when they stumbled on a Mexican serpent stowaway under a seat.

The Scottish Society for the Prevention of Cruelty to Animals says quick-thinking workers at Glasgow Airport remained "remarkably calm" when they discovered the 18-inch (45-centimeter) snake Tuesday under seats in the passenger cabin of a flight from Cancun, Mexico.

It says the young snake was taken to its Glasgow animal center, and has been named Furtivo, Spanish for "sneak."

It said Friday that Furtivo, a member of the Dryadophis family of snakes, was non-venomous but "feisty." The snake may have snuck onto the plane before take-off, or hitched a ride in a passenger's hand luggage.

The society says Furtivo will remain in its care until an expert home can be found.