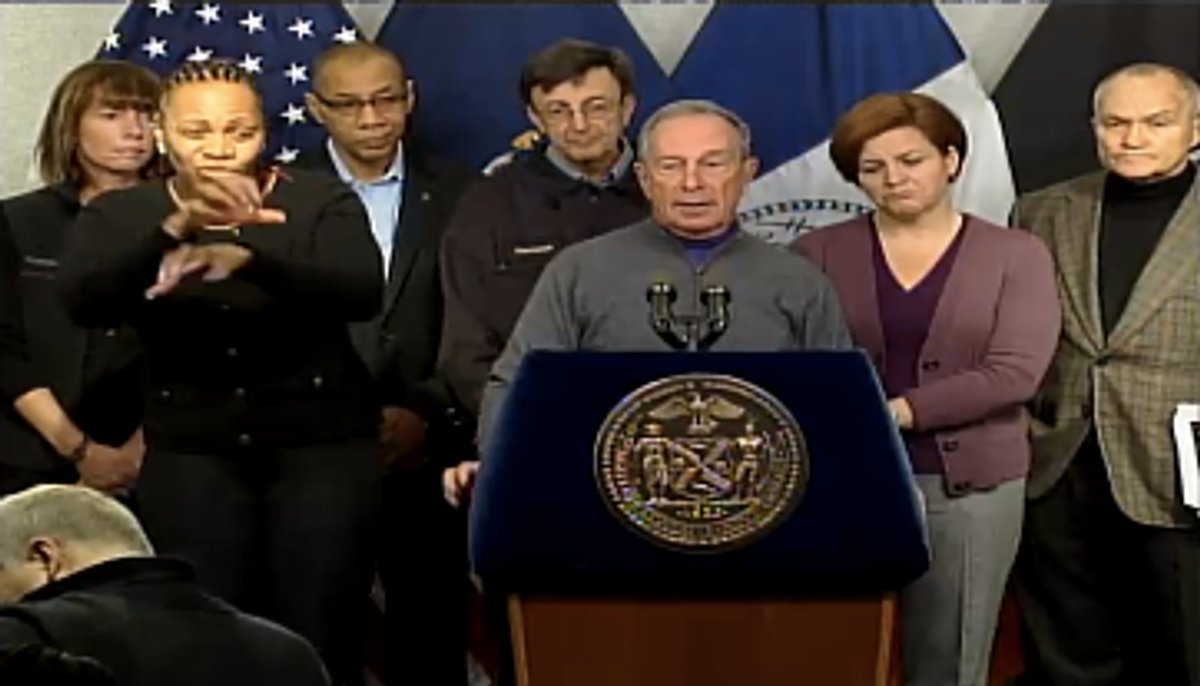 In a press conference this morning, Mayor Bloomberg issued mandatory evacuations for New York residents who live in evacuation Zone A, which includes coastal areas in Manhattan, Brooklyn, Staten Island, the Bronx and Queens, as well as the closing of all public schools on Monday. Bloomberg described Hurricane Sandy, which is expected to hit landfall on the East Coast in the next two days, as "a serious and dangerous storm" and warned that gale-force winds will start as early as this evening. New York City parks and marinas will be closed at 5 p.m. today. The last subway train runs at 7 p.m., and last bus at 9 p.m.