The Krim family tragedy unleashes an onslaught of trolls

Just days after the horrific murders, nasty trend pieces and commenters against the family and its nanny emerge 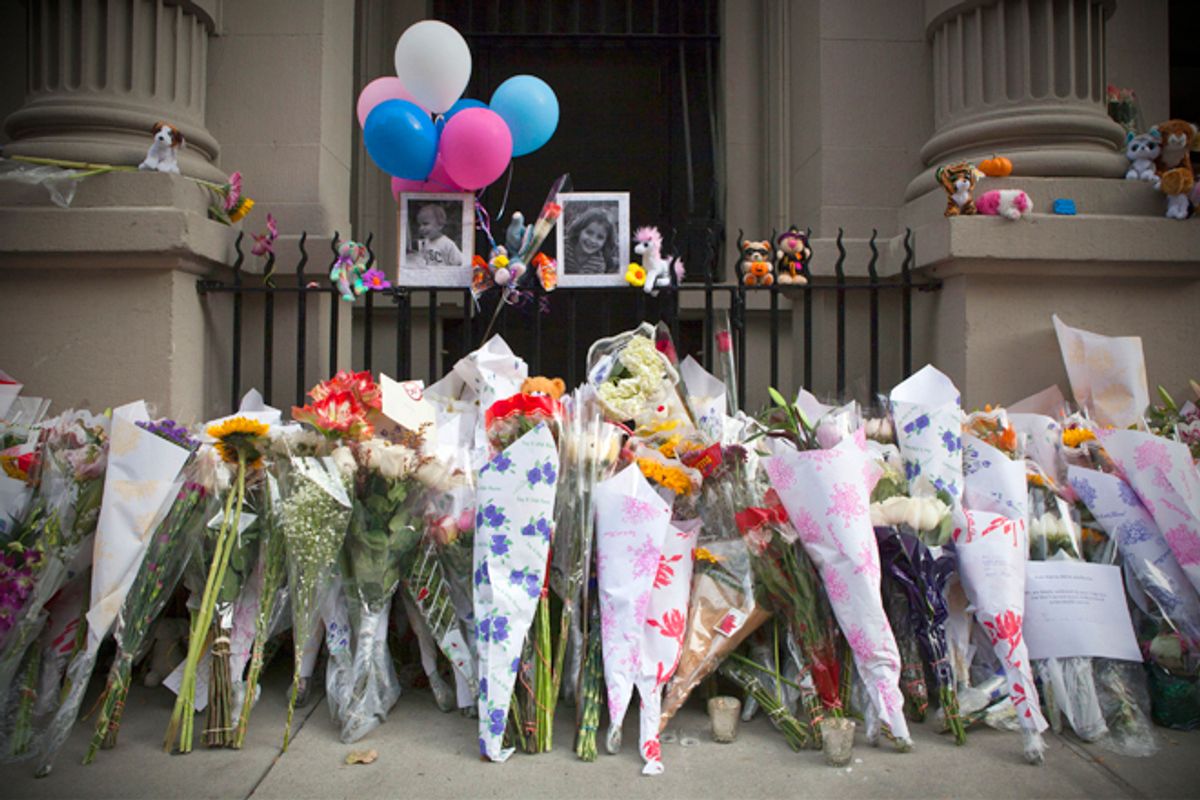 Shortly after the news broke Thursday that Marina Krim had discovered her 6-year-old daughter, Lucia, and her 2-year-old son, Leo, had been stabbed to death in their Upper West Side Manhattan apartment, allegedly by the children's nanny, Yoselyn Ortega, my friend and fellow NYC mother lamented wearily that she was bracing herself for the inevitable trend pieces and ugly comments the tragedy was about to inspire. And sure enough, we didn't have to wait long for them to erupt.

It's understandable how the Krim murders — two defenseless children brutally killed by, it appears, the very person entrusted to care for them — would provoke a primal response. It's the stuff of nightmares. The demoralizing aspect of the story is how quickly it's been exploited as an opportunity, both by the media and the sanctimonious troll community, for all kinds of judging.

How many different terrible ways can this story be spun? There's been the subtle and not-so-subtle observation that this happened to a well-to-do family, evidenced by the Schadenfreude-tinged commentary about their "luxury" apartment and Greyhound dog. On the perennially loathsome Urban Baby, which Gawker astutely describes as "the 4chan of rich New York parents," members are busily speculating, "How much money do you think Krim made? Did they own or were they renting? Does anyone know if he went straight from working at Bloomberg to CNBC, or was there a period of unemployment? How much do you think they paid the nanny?"

At the other end of the economic scale, there's been, simultaneously, a wave of kicked-up suspicion of foreigners, evidenced most tidily by the HuffPo commenter who demanded about Yoselyn Ortega, "Where was she from?" CBS news commenters likewise couldn't wait to rail on how crime represents "a problem with illegal aliens" and "all those idiots employing them" — despite the fact the suspect was a naturalized citizen. And the Daily News promptly ran a don't-let-this-happen-to-you trend piece on "How to run a background check on your nanny" – your no-doubt homicidal, foreign nanny — accompanied by smiling photos of the young murder victims.

There's also been a lot of rubbernecking because Marina Krim kept a blog, which the family has since taken down. The blog has quickly become to certain empathy-deprived Internet posters another piece of damning evidence against the family. A commenter on Urban Baby noted that Krim "posted a photograph of one of her girls on the toilet while the other was on her potty chair. She posted a photograph of her older daughter just wearing her underpants. I'm sorry, but I find that grossly inappropriate. It's an example of poor judgment at the least, which I find very revealing." And on the New York Times, another commenter blasted Krim's blog as "a venue for a pure display of the Upper West Side lifestyle that not only women magazine and mom blog readers tend to fantasize about."

Appalling as all of the above is, the most revolting aspect of the reactions has been the nakedly hostile backlash the crime has triggered against mothers. Fox News, of course, was right out of the gate with a piece on how the crime "has sent a chill through working mothers already conflicted over the often agonizing decision to leave their children in the care of others while they work to put food on the family table." Writer Cristina Corbin broke the mind-boggling news that, "the deaths, while tragic and disturbing, did not seem to have an immediate effect on the decision by most working mothers to go off to the job." The implication is clear: It's "agonizing" for a mother to go to work, especially because someone might butcher her kids, and yet mothers continue to work anyway. Never mind that Marina Krim was actually at a swim lesson with her other daughter, Nessie, when the murders occurred.

Even more despicably, there's been the tsunami of self-congratulating from other mothers who don't employ nannies, because I guess otherwise their children would be brutally slaughtered. As one mother on Twitter wrote (I won't link because I'm too disgusted), "This is the reason I stay home with my kids and work in the evenings while my husband can be home. #soscary." Similarly, a mother on Urban Baby wrote, "My fears, some would say irrational, kept me out of the work force for six years to raise my kids myself," as the conversation then segued into how day care is also dangerous: "What about kids who were molested at day-care centers?"

The range of revealingly fear-based reactions to the murders definitely serves as a window into our darkest anxieties, ranging from comments that "I think menopause was a contributor" to the disdainful observation of Krim's blog that her "apt furnishings looked like IKEA." But while it's clear that we have a long, long, long way to go in our country before we work out our collective baggage about class, about foreigners, about motherhood, about how our children are cared for, the Krim tragedy isn't the litmus test of any of those things. It's a unique and heartbreaking story. And it is also, sadly, a barometer of the soul of the online community. If you need the death of two small children as an excuse to validate your own paranoias or life choices, there's a lesson about humanity there all right. But it's not about the Krims.