UPDATED: Northeast residents capture the not-so-calm before the storm 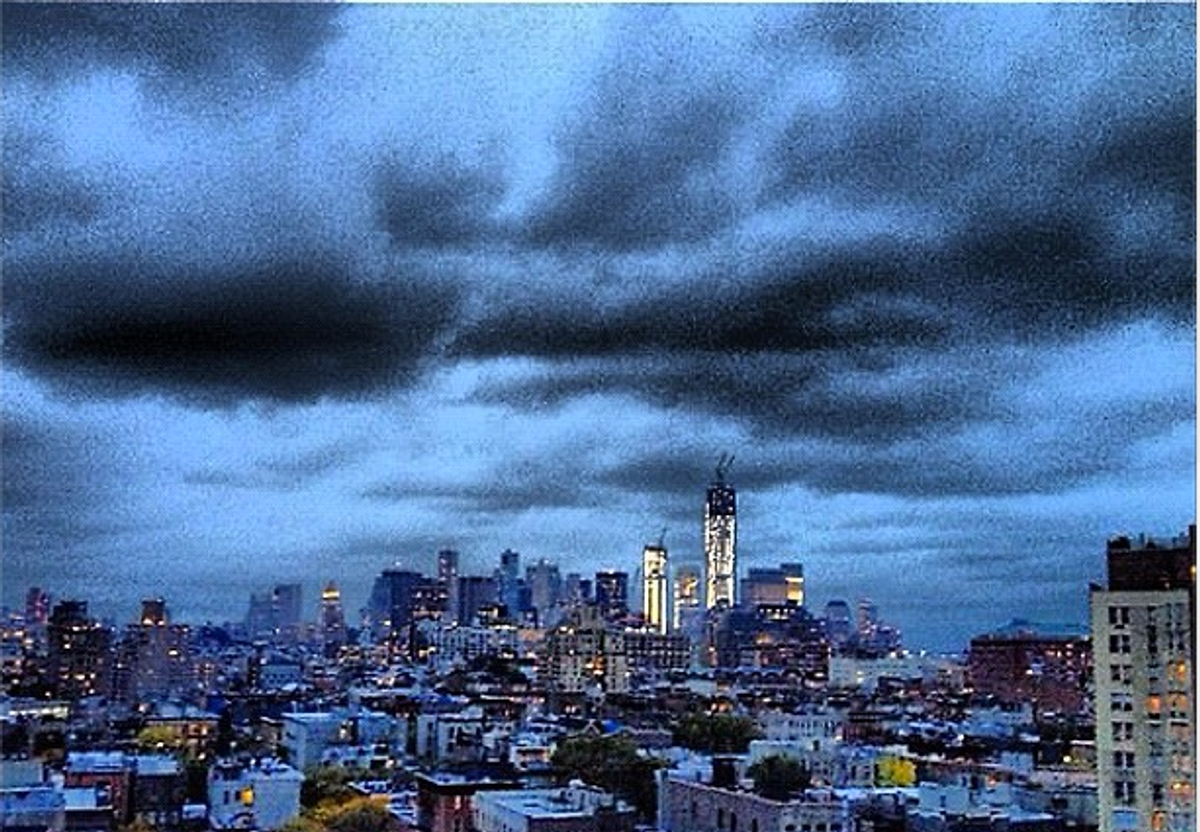 UPDATED BELOW: As Northeasterners batten down the hatches and stock up on supplies, denizens of the Internet have begun to document Sandy's coming. Reader Andy Rothwell sent in this video of pre-hurricane Philadelphia, captured on his preparation beer run:

And Tim Pool, an independent videographer best known for his coverage of protest and unrest around the country, filmed this video of pre-storm New York: On Sunday afternoon, climate activists with the group 350.org gathered in New York's Times Square ahead of Sandy's arrival to draw attention to climate change and the lack of attention paid to the issue in the presidential campaigns. Via 350.org, photo by Adam Welz [h/t Huffington Post]:

As Hurricane Sandy barrels down on the East Coast, scientists are connecting the dots between increasingly extreme weather and global warming. Yet for most of this year’s presidential election, the words “climate change” have gone unmentioned. The issue was not raised in a presidential debate for the first time since 1988.