Chris Christie: "I don't give a damn about Election Day" 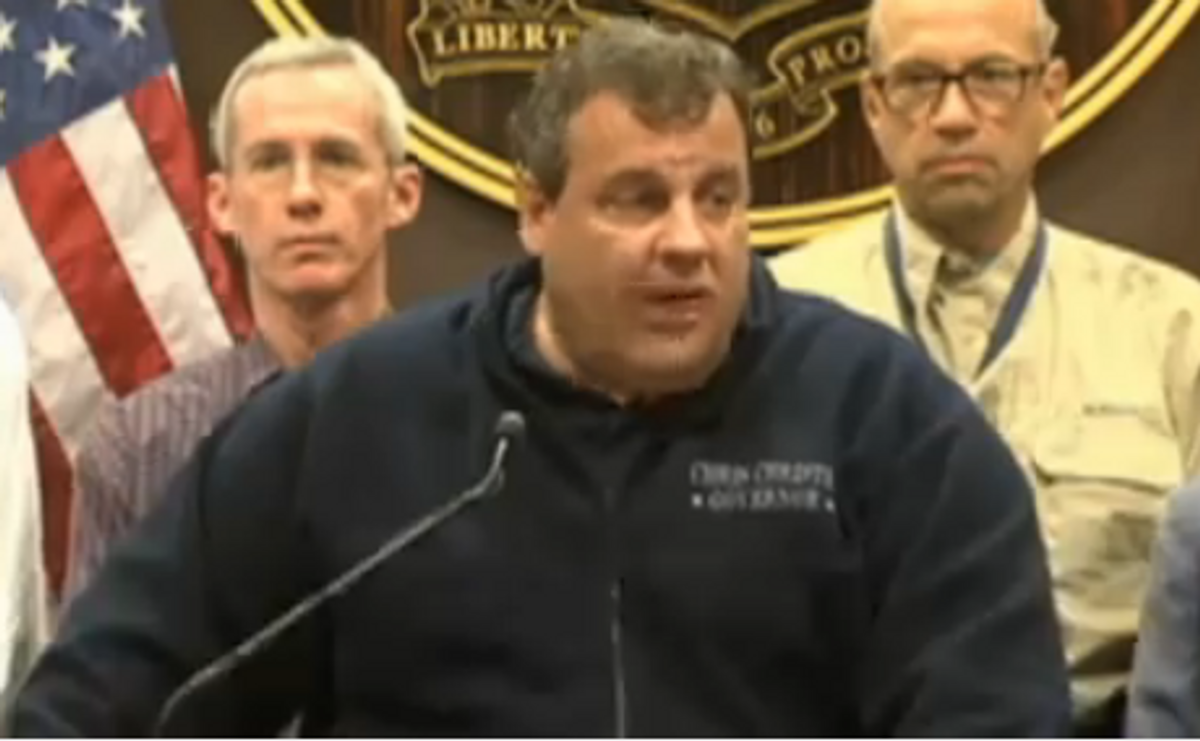 "I don't give a damn about Election Day," Christie said, in a storm briefing with reporters. "It doesn't matter a lick to me. I've got much bigger fish to fry."

Christie said New Jersey's secretary of state had been involved in a conference call about election plans. But he added: "I don't know whether we're going to have power five days from now."

Earlier today, on "Fox and Friends," Christie used similar language when asked whether he would invite Mitt Romney to New Jersey to survey storm damage.

“I have a job to do,” he said. “I’ve got 2.4 million people out of power, I’ve got devastation on the shore, I’ve got floods in the northern part of my state. If you think right now I give a damn about presidential politics then you don’t know me.”

“I have no idea, nor am I the least bit concerned or interested,” he said. “I’ve got a job to do here in New Jersey that’s much bigger than presidential politics and I could care less about any of that stuff.”