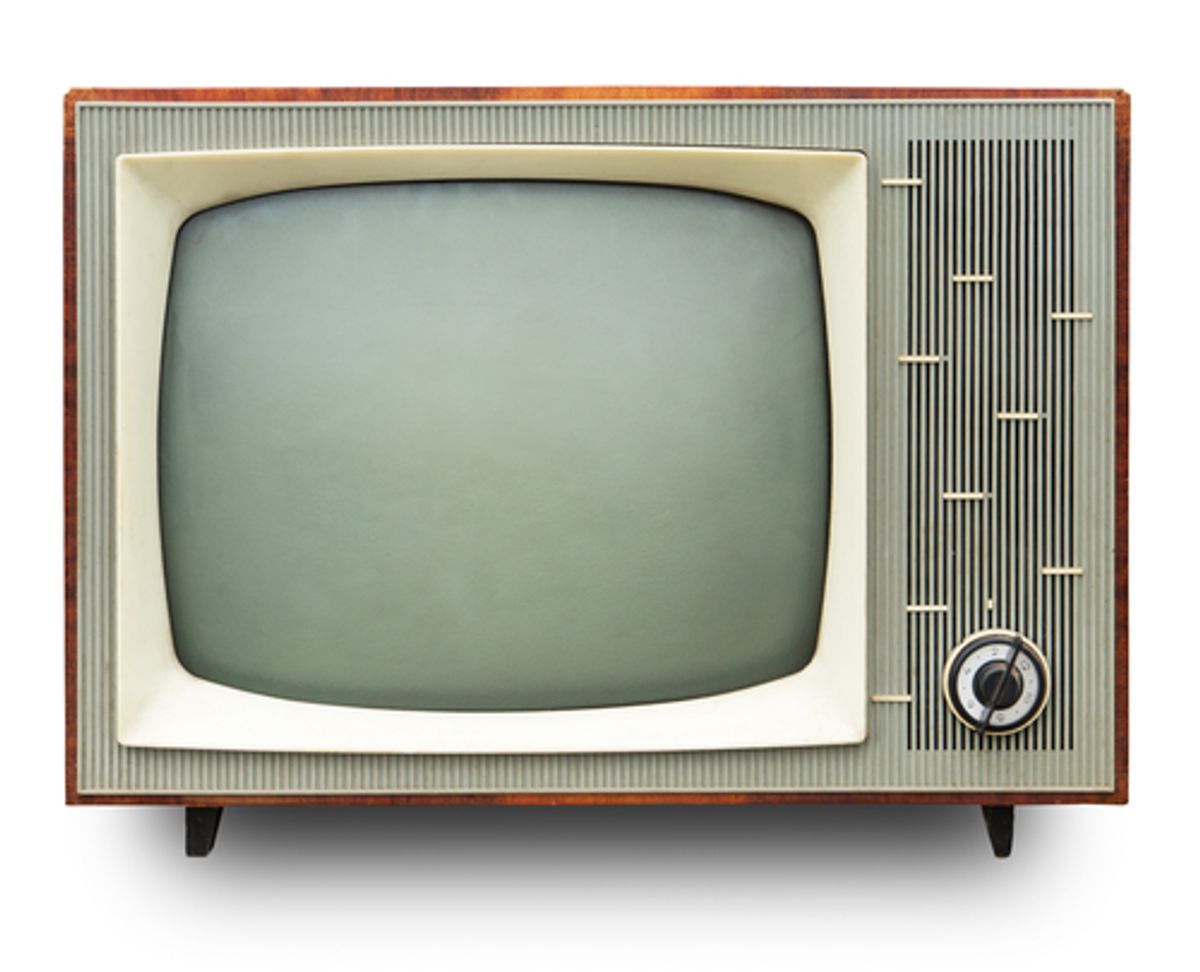 Historically, television viewing has been used by various authorities to quiet potentially disruptive people—from kids, to psychiatric inpatients, to prison inmates. In 1992, Newsweek (“Hooking Up at the Big House”) reported, “Faced with severe overcrowding and limited budgets for rehabilitation and counseling, more and more prison officials are using TV to keep inmates quiet.” Joe Corpier, a convicted murderer, was quoted, “If there’s a good movie, it’s usually pretty quiet through the whole institution.” Both public and private-enterprise prisons have recognized that providing inmates with cable television can be a more economical method to keep them quiet and subdued than it would be to hire more guards.

Just as I have not emptied my refrigerator of beer, I have not gotten rid of my television, but I recognize the effects of beer and TV. During some dismal periods of my life, TV has been my “drug of choice,” and I’ve watched thousands of hours of TV sports and escapist crap. When I don’t need to take the edge off, I have watched Bill Moyers, Frontline, and other “good television.” But I don’t kid myself—the research show that the more TV of any kind we watch, the more passive most of us become.

Sociologist Robert Putnam in Bowling Alone (2000) reported that in 1950, about 10 percent of American homes had television sets, but this had grown to more than 99 percent. Putnam also reported that the number of TVs in the average U.S. household had grown to 2.24 sets, with 66 percent of households having three or more sets; the TV set is turned on in the average U.S. home for seven hours a day; two-thirds of Americans regularly watch TV during dinner; and about 40 percent of Americans’ leisure time is spent on television. And Putnam also reported that spouses spend three to four times more time watching television together than they do talking to each other.

In 2009, the Nielsen Company reported that U.S. TV viewing is at an all-time high, the average American viewing television 151 hours per month if one includes the following “three screens”: a television set, a laptop/personal computer, and a cell phone. This increase, according to Nielson, is part of a long-term trend attributable to not only greater availability of screens, increased variety of different viewing methods, more digital recorders, DVR, and TiVo devices but also a tanking economy creating the need for low-cost diversions. And in 2011, the New York Times reported, “Americans watched more television than ever in 2010, according to the Nielsen Company. Total viewing of broadcast networks and basic cable channels rose about 1 percent for the year, to an average of 34 hours per person per week.”

In February 2012, the New York Times reported that young people were watching slightly less television in 2011 than the record highs in 2010. In 2011, as compared to 2010, those 25-34 and 12-17 years of age were watching 9 minutes less a day, and 18-24 year olds were watching television 6 fewer minutes a day. Those 35 and older are spending slightly more time watching TV. However, there is some controversy about trends here, as the New York Times also reported: “According to data for the first nine months of 2011, children spent as much time in front of the television set as they did in 2010, and in some cases spent more. But the proportion of live viewing is shrinking while time-shifted viewing is expanding.”

Online television viewing is increasingly significant, especially so for young people. In one marketing survey of 1,000 Americans reported in 2010, 64% of said they watched at least some TV online. Among those younger than 25 in this survey, 83% watched at least some of their TV online, with 23% of this younger group watching “most” of their TV online, and 6% watching “all” of their TV online.
How does the United States compare to the rest of the world in TV viewing? There aren’t many cross-national studies, and precise comparisons are difficult because of different measurements and different time periods. NOP World, a market research organization, interviewed more than thirty thousand people in thirty countries in a study released in 2005, and reported that the United States was one of the highest TV-viewing nations. NationMaster.com, more than a decade ago, reporting on only the United States, Australia, and eleven European countries, found the following: the United States and the United Kingdom were the highest-viewing nations at 28 hours per week, with the lowest-viewing nations being Finland, Norway, and Sweden at 18 hours per week.

How TV Viewing Can Make Us Passive

Who among us hasn’t spent time watching a show that we didn’t actually like, or found ourselves flipping through the channels long after we’ve concluded that there isn’t anything worth watching?

Jerry Mander is a “reformed sinner” of sorts who left his job in advertising to publish Four Arguments for the Elimination of Television in 1978. He explains how viewers are mesmerized by what TV insiders call “technical events”—quick cuts, zoom-ins, zoom-outs, rolls, pans, animation, music, graphics, and voice-overs, all of which lure viewers to continue watching even though they have no interest in the content. TV insiders know that it’s these technical events—in which viewers see and hear things that real life does not present—that spellbind people to continue watching.

The “hold on us” of TV technical events, according to Robert Kubey and Mihaly Csikszentmihalyi’s 2002 Scientific American article “Television Addiction Is No Mere Metaphor,” is due to our “orienting response” —our instinctive reaction to any sudden or novel stimulus. They report that:In 1986 Byron Reeves of Stanford University, Esther Thorson of the University of Missouri and their colleagues began to study whether the simple formal features of television—cuts, edits, zooms, pans, sudden noises—activate the orienting response, thereby keeping attention on the screen. By watching how brain waves were affected by formal features, the researchers concluded that these stylistic tricks can indeed trigger involuntary responses and “derive their attentional value through the evolutionary significance of detecting movement. . . . It is the form, not the content, of television that is unique.”

Kubey and Csikszentmihalyi claim that TV addiction is “no mere metaphor” but is, at least psychologically, similar to drug addiction. Utilizing their Experience Sampling Method (in which participants carried a beeper and were signaled six to eight times a day at random to report their activity), Kubey and Csikszentmihalyi found that almost immediately after turning on the TV, subjects reported feeling more relaxed, and because this occurs so quickly and the tension returns so rapidly after the TV is turned off, people are conditioned to associate TV viewing with a lack of tension. They concluded: Habit-forming drugs work in similar ways. A tranquilizer that leaves the body rapidly is much more likely to cause dependence than one that leaves the body slowly, precisely because the user is more aware that the drug’s effects are wearing off.

Similarly, viewers’ vague learned sense that they will feel less relaxed if they stop viewing may be a significant factor in not turning the set off. Mander documents research showing that regardless of the programming, viewers’ brainwaves slow down, transforming them to a more passive, nonresistant state. In one study that Mander reports comparing brainwave activity in reading versus television watching, it was found the brain’s response to reading is more active, unlike the passive response to television—this no matter what the TV content. Comparing  the brain effects of TV viewing to reading, Kubey and Csikszentmihalyi report similar EEG results as measured by alpha brain-wave production. Maybe that’s why when I view a fantastic Bill Moyers interview on TV, I can recall almost nothing except that I enjoyed it; this in contrast to how many content specifics I can remember when I read a transcript of a Moyers interview.

Kubey and Csikszentmihalyi’s survey also revealed that: The sense of relaxation ends when the set is turned off, but the feelings of passivity and lowered alertness continue. Survey participants commonly reflect that television has somehow absorbed or sucked out their energy, leaving them depleted. They say they have more difficulty concentrating after viewing than before. In contrast, they rarely indicate such difficulty after reading. Mander strongly disagrees with the idea that TV is merely a window throughwhich any perception, any argument, or reality may pass. Instead, he claims TV is inherently biased by its technology. For a variety of technical reasons, including TV’s need for sharp contrast to maintain interest, Mander explains that authoritarian-based programming is more technically interesting to viewers than democracy-based programming. War and violence may be unpleasant in real life; however, peace and cooperation make for “boring television.” And charismatic authority figures are more “interesting” on TV than are ordinary citizens debating issues.

In a truly democratic society, one is gaining knowledge directly through one’s own experience with the world, not through the filter of an authority or what Mander calls a mediated experience. TV-dominated people ultimately accept others’ mediated version of the world rather than discovering their own version based on their own experiences. Robert Keeshan, who played Captain Kangaroo in the long-running children’s program, was critical of television—including so-called “good television”— in a manner rarely heard from those who work in it:When you are spending time in front of the television, you are not doing other things.

The young child of three or four years is in the stage of the greatest emotional development that human beings undergo. And we only develop when we experience things, real-life things: a conversation with Mother, touching Father, going places, doing things, relating to others. This kind of experience is critical to a young child, and when the child spends thirty-five hours per week in front of the TV set, it is impossible to have the full range of real-life experience that a young child must have. Even if we had an overabundance of good television programs, it wouldn’t solve the problem. Whatever the content of the program, television watching is an isolating experience. Most people are watching alone, but even when watching it with others, they are routinely glued to the TV rather than interacting with one another.

TV keeps us indoors, and it keeps us from mixing it up in real life. People who are watching TV are isolated from other people, from the natural world—even from their own thoughts and senses. TV creates isolation, and because it also reduces our awareness of our own feelings, when we start to feel lonely we are tempted to watch more so as to dull the ache of isolation. Television is a “dream come true” for an authoritarian society. Those with the most money own most of what people see. Fear-based TV programming makes people more afraid and distrustful of one another, which is good for an authoritarian society depending on a “divide and conquer” strategy. Television isolates people so they are not joining together to govern themselves. Viewing television puts one in a brain state that makes it difficult to think critically, and it quiets and subdues a population. And spending one’s free time isolated and watching TV interferes with the connection to one’s own humanity, and thus makes it easier to accept an authority’s version of society and life.

Whether it is in American penitentiaries or homes, TV is a staple of American pacification. When there’s no beer in our refrigerators, when our pot hookup has been busted, and when we can’t score a psychotropic drug prescription, there is always TV to take off the edge and chill us.