Is Obama failing the black community? 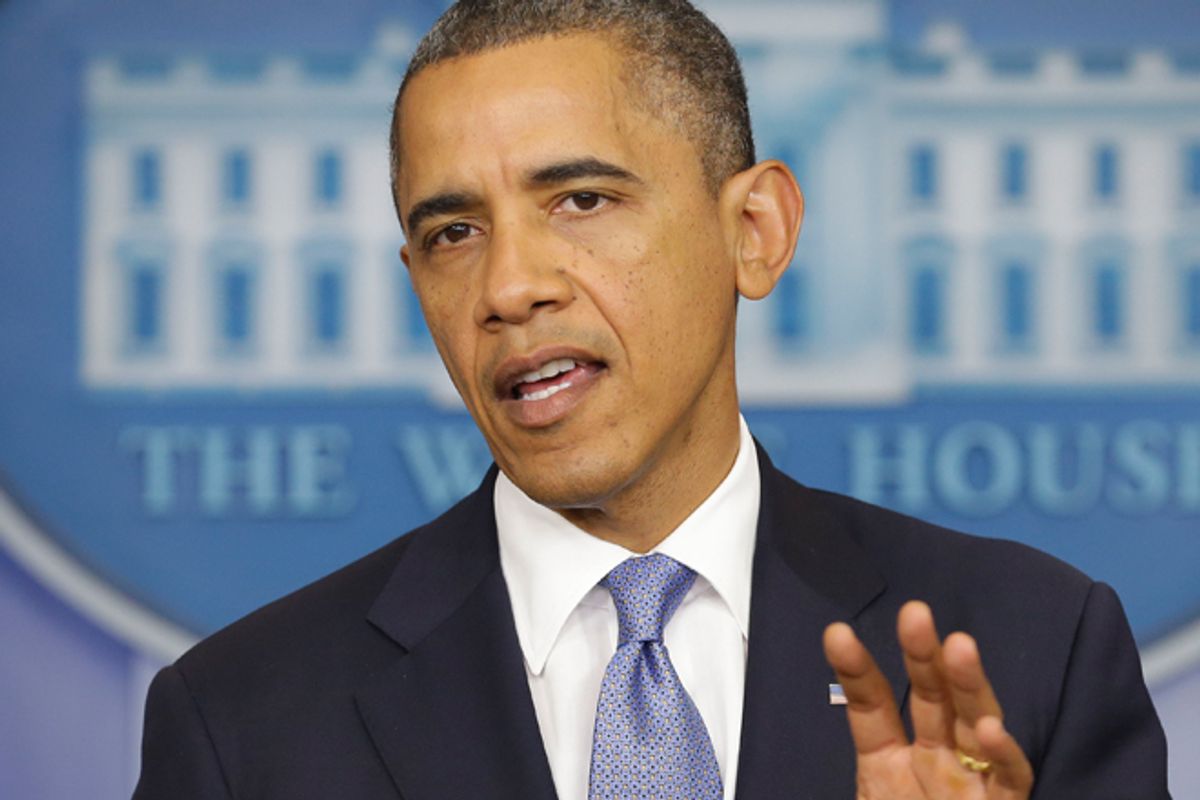 Are black elites and intellectuals cutting President Obama slack as the price we pay for having a black president? On Oct. 27, the New York Times ran an Op-Ed by Columbia University political science professor Fredrick C. Harris, author of "The Price of the Ticket: Barack Obama and Rise and Decline of Black Politics," saying that we are. He suggests that we are so grateful for this crumb of progress, we’re willing to sacrifice the greater good of the African-American community. While Harris outlines Obama’s significant accomplishments, he says that African-Americans have stagnated or declined socioeconomically in nearly every measurable way. He takes Obama to task for not explicitly addressing race often or vigorously enough.

I have to say: Harris’ thinking seems not much better than John Sununu suggesting Colin Powell endorsed Obama because they're both black; it’s a strange notion that political support should demand so little. And it's a problematic argument, that the decisions of black intellectuals and voters about whom we support and how, are always grounded in race. This implies that we consider race before we consider anything else. This implies that we think with the color of our skin and the cultures from which we rise and above all else, so desperate must we be for scraps from the political table.

This intellectual disappointment is a refrain we have heard several times over the past four years, that Obama is not doing enough for black people, that he has failed his most devoted constituency and that despite said failure, this devoted constituency will continue to support him. It reminds me that whenever underrepresented people succeed so spectacularly, they bear an unreasonable burden. They have to be better than the best. They have to be everything to everyone and then some. In addition to addressing the staggering national and international problems Obama inherited when he assumed the presidency, he had to also serve as an impeccable beacon of racial uplift.

Obama is caught between a rock and the hardest place. No matter what he does where race is concerned, someone's going to be unhappy. If he explicitly addresses race regularly, he will be seen as too black, too angry, too narrow in his presidential concerns. If he is not explicit enough, he is a disappointment. He is failing the black community. I agree that Obama could do much more to advocate openly for the black community. But so could nearly every other black politician and prominent figure. We cannot lose sight of the fact that Obama is the president of the United States, which means he has about 250 million people to serve, not just the ones who look like him. There are many groups who feel unseen, unheard and underserved by Obama. Why aren’t the feet of every single politician, regardless of race or ethnicity, being held to this necessary fire? One man, no matter how powerful, cannot solve the problems of an entire community nor should one man be expected to somehow have all the answers. That said, through many of his policies, Obama is leading the charge to address socioeconomic inequalities, as he should, as any president of the United States should.

Emanuel Cleaver II, the chairman of the Black Congressional Caucus, said, "With 14 percent unemployment, if we had a white president we'd be marching around the White House.” If this unemployment rate concerns him so much, why isn’t he donning his walking shoes and leading this march? Why is he letting the president’s race dictate his political ambitions instead of doing what he believes is right? The chairman goes on to say, "The president knows we are going to act in deference to him in a way we wouldn't to someone white." I am not sure the president knows any such thing. The problem here isn't with the president but with the people who feel they need to stay silent, who need to defer, who support their own political interests instead of supporting what they believe or what is best for their communities.

Perhaps there is a crisis in black intellectualism but we need to work harder to understand the roots of that crisis, to understand that perhaps people are treading carefully not out of fear or deference but because so much, too much, is riding on the shoulders of one man. Obama is the first black president in 44 presidencies and yet, we want the legacy of more than 200 years overturned in four?

Perhaps the problem is that the many concerns facing African-Americans cannot be solved by intellectualism, no matter how much we might like to believe a few well-worded essays might somehow trickle down and give people jobs, or reduce shocking rates of incarceration or keep black children safe from mindless violence.

Perhaps, the problem is that intellectuals and prominent figures need to lead by example instead of reciting, over and over, the ways Obama has failed the black community. If Obama’s silences toward the black community have created a void, the better question is, how do we step up and fill that void? How do we right this wrong? How do we get to work on solving these problems if the president won’t?

I see the president clearly for where he has succeeded and where he has failed. I see the promise of what he might accomplish with another four years as president. What we wanted from Obama was everything because he promised so much. He told us to hope and that hope could lead to change and we believed it could really be that simple. Hope is delicate and easily broken. When Obama assumed the presidency and things didn't instantly ameliorate, our hope started to crumble, as did our faith. Toward the end of his editorial, Harris says, “Amid such rancor, African-Americans might come to realize that the idea of having any politician as a role model is incompatible with accountability, the central tenet of representative democracy.” It’s distressing to see how little Harris seems to think of African-Americans, to see that there are those who believe our devotion must somehow be blind when perhaps our eyes are, in fact, wide open.