Gov. Christie will view storm damage with the president but not Romney 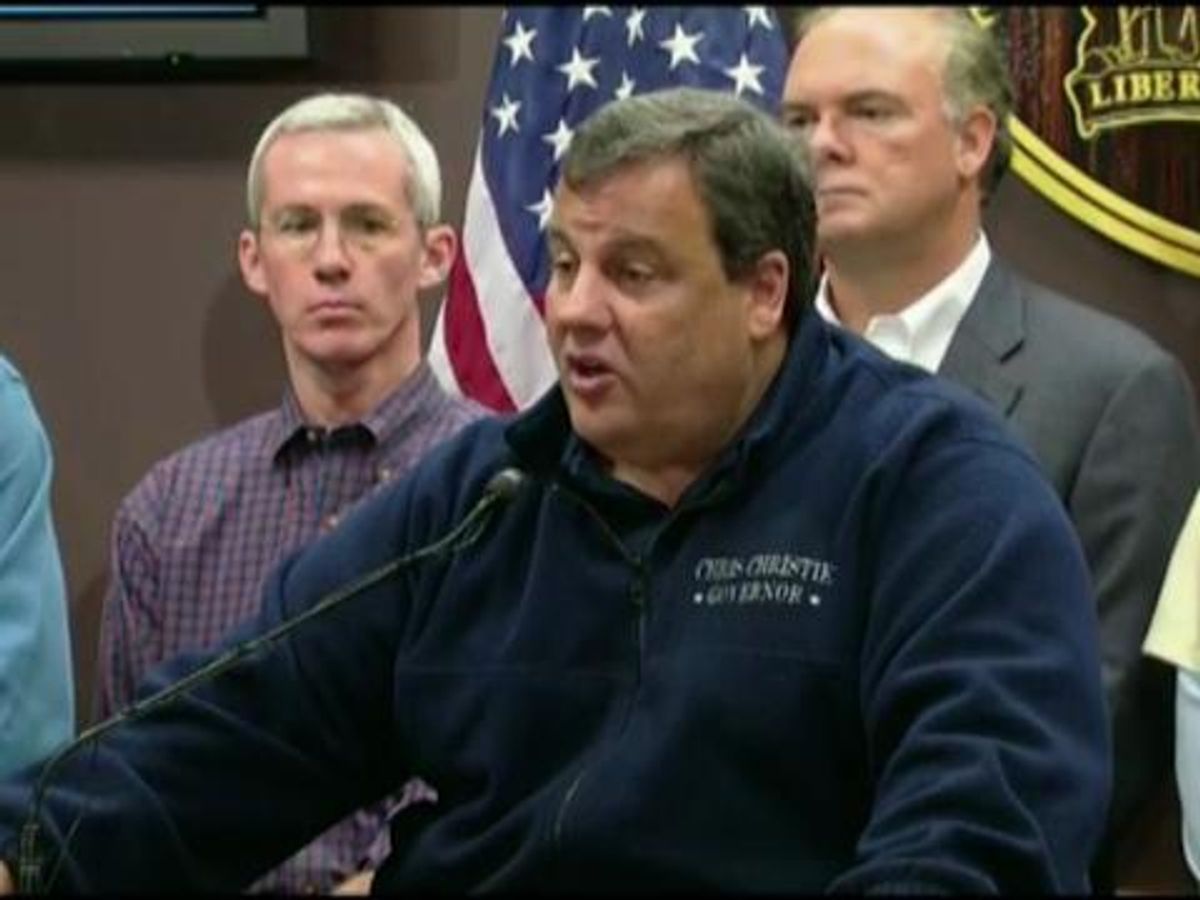 Following his double dose of praise on Tuesday for Obama's handling of Hurricane Sandy, New Jersey Gov. Chris Christie will view storm damage in his state with the president on Wednesday.

Although it's entirely appropriate that the president would survey Sandy's devastation firsthand, the news may come as a blow to the Romney campaign. When asked this morning on Fox News whether Christie might view the damage with Romney, the Republican governor responded, "I have no idea, nor am I the least bit concerned or interested ... I’ve got a job to do here in New Jersey that’s much bigger than presidential politics."

While it may be wrong to view Obama's Wednesday visit as anything but a pragmatic response to a dire situation it will still sting the Romney campaign.

On Sunday Christie warned that Sandy could be "worse than Irene":