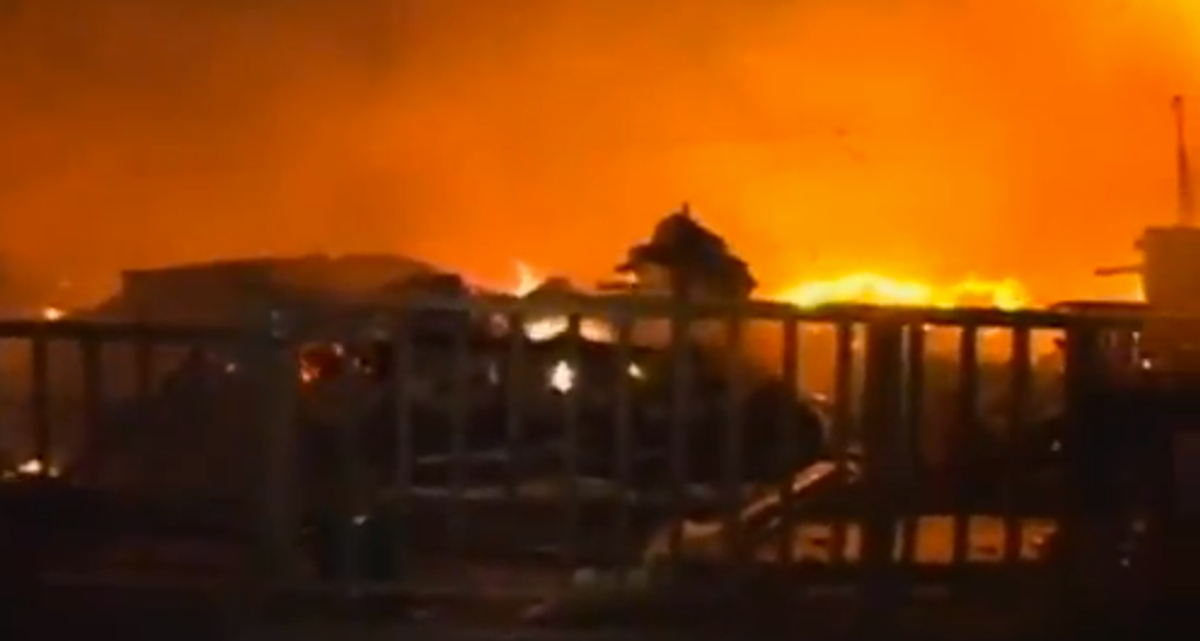 A six alarm fire, reported Monday night at 11pm in Breezy Point on New York's Rockaway Peninsula, destroyed 50 homes. Hampered by flood water from Sandy, around 200 firefighters battled the blaze, the cause of which is unknown. There were no reported injuries as residents had been evacuated from the flood zone A area. Watch raw footage of the storm-tossed fire below, via YouTube: