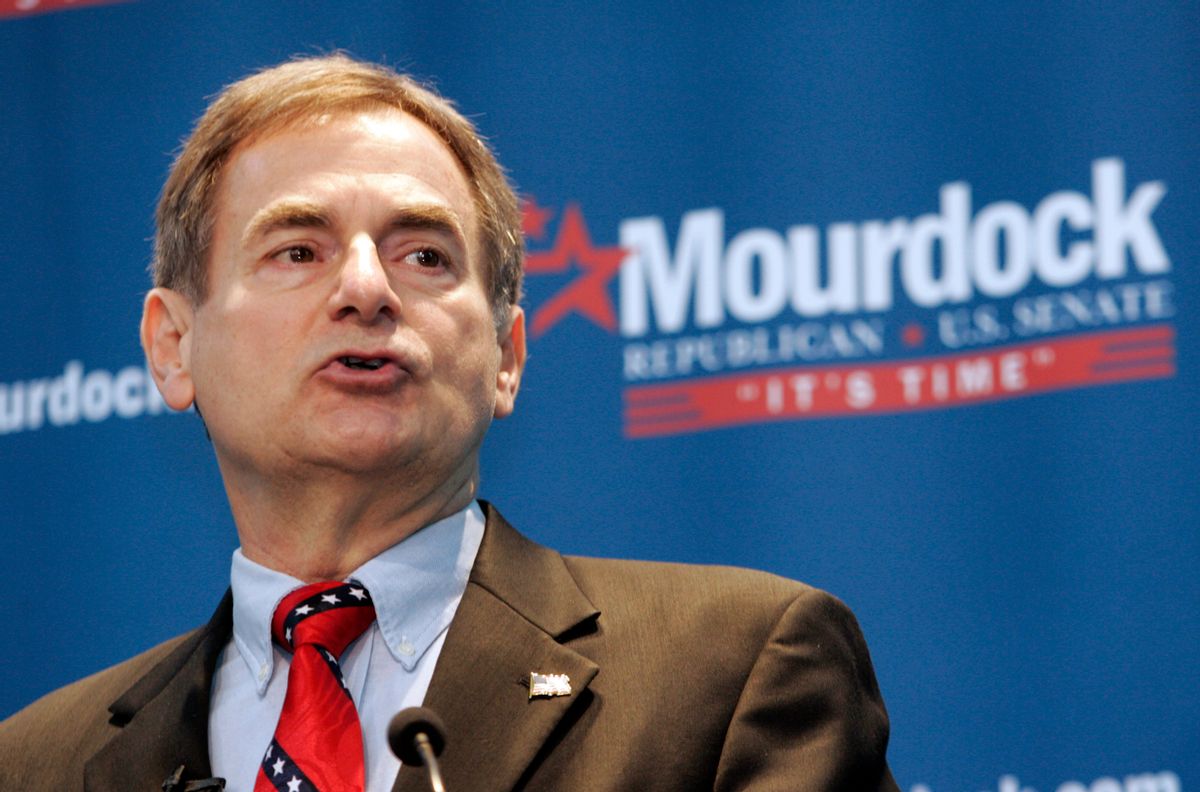 The political conventions were not the high water mark of family marshaled for political theatrics. You may have thought that the peak of pandering was Ann Romney shouting, "I love you women!" and Michelle Obama's repeated self-designation as "mom-in-chief." In fact, if you're a Republican, it's enlisting your mother or grandmother to promise that nothing is going to happen to your Medicare -- unless it's Obama looting it.

It's not easy being a down-ticket Republican with Paul Ryan a notch below the top. Democrats got plenty of leverage early in the fall pointing out Ryan's plans to voucherize Medicare and past designs on Social Security. As compiled in a roundup by the National Journal, the senate and House candidates who trot out their mothers (and to a far lesser extent, their fathers) to, well, vouch for them respond using the same discredited line that Romney-Ryan have: That it's Obamacare, not the Republicans, that are a real danger to Medicare.  And who is more credible than a sweet, white-haired lady who conveniently might double as a salve to the gender gap?

Interestingly, two of the Senate candidates who employed this tactic are, the apt words of Bloomberg BusinessWeek's Joshua Green, "one of the rape guys." Need to distract attention from the time you said your daughter getting pregnant consensually was the same as rape? Bring your mom to chime in "right" when you twist the facts on Medicare.

And fellow rape-gaffer Richard Mourdock was the rare Republican to opt for his dad -- perhaps his mom was too busy contemplating God's gifts -- to channel the father from Frasier and grumble that Democrats should get off his lawn.

Elsewhere, the prominent placement of Florida Senate hopeful Connie Mack's parents make plain one of his major arguments for his candidacy: His dad used to be a Senator. "I love him dearly!" Mack's mother chirps at the end. So far, judging by the polling, Florida voters are less enthusiastic.

And Rep. Larry Bucshon of Indiana's mother-law promises that he can be trusted with Medicare, "No matter what liberal politicians say." In the briskest, catchiest ad, one of the few GOP women to go the ancestral route -- not that there are many Republican women in Congress to choose from -- Rep. Kristi Noem brings out her grandmother to talk about, yes, defending Medicare at the same time that she condemns "government run healthcare."

That contradiction isn't the only rhetorical trick these congressional Republicans share with the presidential campaign. Colorado Republican Rep. Mike Coffman says his mom is his "number one adviser on Medicare." Mitt Romney, who touts his wife as his conduit to women, would be proud.