Pregnant woman evacuated from NYU while in labor 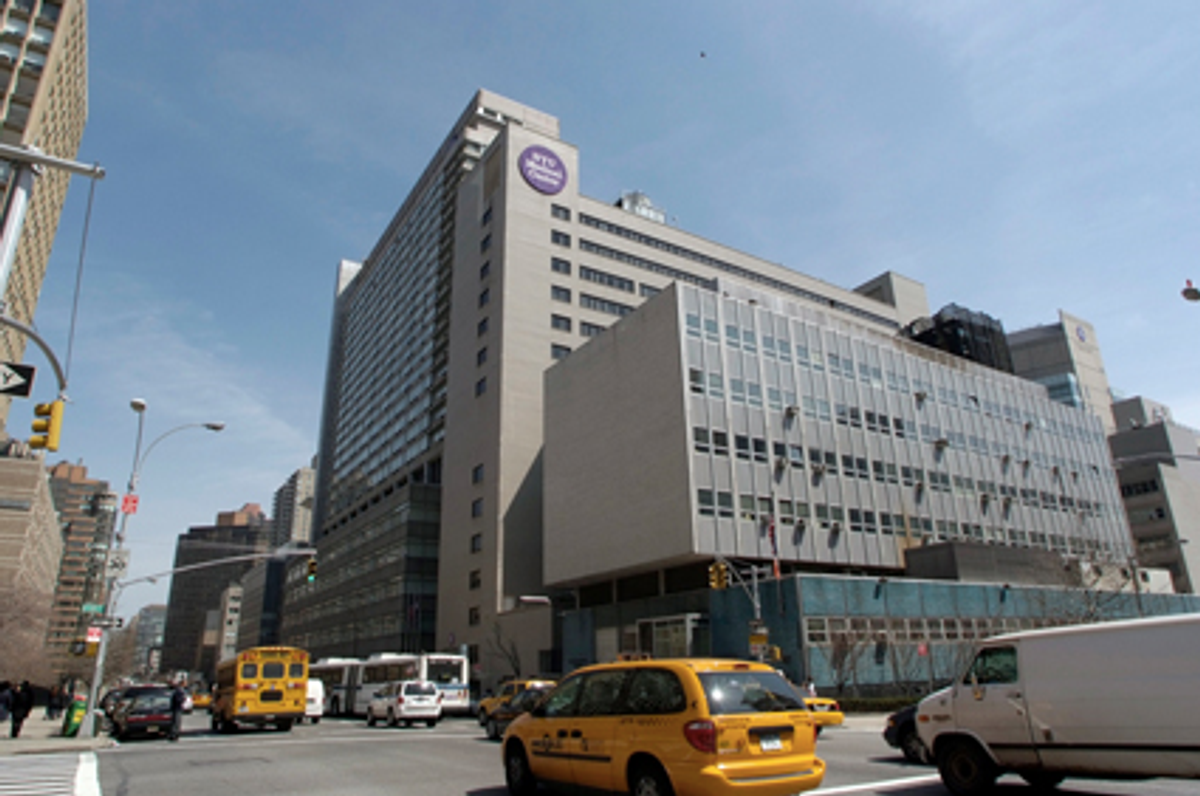 Julie Alemany, 34, went into labor at 6 pm Monday night at an NYU hospital, just hours before Sandy made landfall in NJ. At 9 pm, NYU Langone Medical Center lost power, causing panic among patients and staff.  "Suddenly, I hear a lot of commotion outside and the word 'Fire!'" she told The Daily News. "There was smoke at the end of the corridor, everyone was running."

Although the fire was a false alarm, Alemany, along with hundreds of patients, had to be evacuated immediately. Alemany received a low-dose epidural administered by the light of her husband's cell phone, then had to be carried down eight flights of stairs while undergoing painful contractions.

An ambulance driver drafted in from California, along with a nurse, drove four miles north to Mount Sinai Hospital during the worst of the storm, but arrived at the hospital in time for Alemany to deliver her child. "I never thought his birth would be anything like this,’ she said. "It was the most intense experience of my life."