It's not news that Fox is conservative, but plenty of its contributors are actually on Romney's payroll 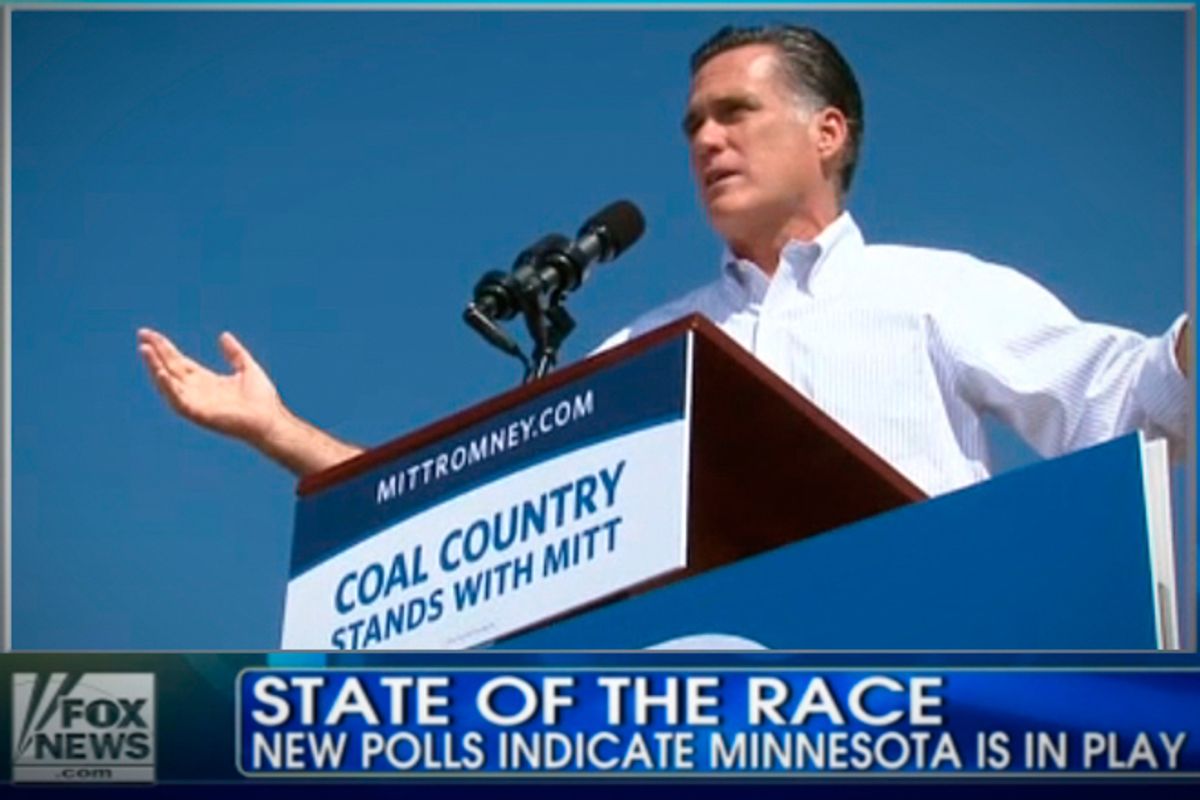 This morning, GOP über-strategist Karl Rove predicted in his regular Wall Street Journal column that Mitt Romney will cruise to victory next week. “Sometime after the cock crows on the morning of Nov. 7, Mitt Romney will be declared America’s 45th president. Let’s call it 51%-48%, with Mr. Romney carrying at least 279 Electoral College votes, probably more,” Rove wrote. Rove echoed the sentiment last night in an appearance on Bill O’Reilly’s show on Fox News, another media enterprise owned by News Corp. and Rupert Murdoch. "This is a disaster for team Chicago," Rove said of some recent poll numbers, referring to Obama's headquarters.

What neither Fox nor the Wall Street Journal noted is that Rove has a clear horse in the race, and helped place a $135 million bet on that candidate -- Mitt Romney. His American Crossroads super PAC and nonprofit have spent that much on ads so far backing the GOP presidential contender, and plan to spend up to $300 million in total, including on other Republicans.

Of course, it’s hardly news that Fox News and the Wall Street Journal have a conservative bent. But it's often difficult to comprehend just how valuable Fox is to the GOP, or how difficult it can be to persuade people that Fox -- thanks to the sheer intensity of its mindless partisanship -- really is different from MSNBC.

But even if you set aside Fox's overtly right-wing opinion content, the in-kind contribution the network gives conservatives daily -- the relentless parroting of GOP talking points, the constant attacks on President Obama, and the often wholesale creation of a more favorable alternative reality -- and just look at the nuts and bolts, Fox News and Mitt Romney’s campaign are inextricably intertwined.

A new report from liberal media watchdog Media Matters adds some numbers to the issue, having tabulated the degree to which Fox directly contributes to Republicans. The numbers are fairly staggering. At least 32 people on the Fox News payroll have campaigned for Mitt Romney or other Republican candidates, nine have appeared with Mitt Romney at official events, and another five are advising his campaign. All together over this election cycle, there have been at least 105 fundraisers in 44 states featuring Fox News personalities, raising tens of millions of dollars that goes to support Republicans.

Much of this is because Fox News has a ton of money and thus employs dozens of paid “contributors” drawn from the ranks of leading conservative media figures and Republican politicians with national ambitions but no current job who need a place to stay relevant before their next run. So people like Fox contributor Mike Huckabee, the former GOP presidential candidate, do things like headline five Romney fundraisers while also appearing on Fox as an analyst. The most recent Romney fundraiser was in August in Gainesville, Fla. It cost $1,000 per person to attend, and for $5,000, you could get a photo op.

Conservative media figures like Fred Barnes and William Kristol, editors of conservative magazines and Fox News contributors, also do double duty. They were both key speakers at a fundraising retreat for Romney donors where contributors had to give $50,000 on their own or have bundled $100,000 to the campaign.

Then there are a handful of contributors who are directly connected to the campaign as advisers. Former U.N. ambassador John Bolton is Fox’s go-to guest on foreign affairs, appearing daily sometimes, but is also a top foreign-policy adviser to Mitt Romney’s campaign. Walid Phares is another foreign policy analyst on Fox, and he’s also an adviser to Romney’s campaign. Liz Cheney, another regular Fox News foreign policy contributor, has "informally advised the Romney campaign,” according to the New York Times. Thomas McInerney, a former general and Fox News contributor, is a member of Romney's Military Advisory Council. And Fox contributor Chuck Nash is a member of Veterans and Military Families for Romney Coalition's national advisory board.

The bigger-name Fox News personalities have mostly avoided directly campaigning for Romney, though they’ve worked for other GOP candidates. Sean Hannity campaigned for Florida GOP Senate candidate Connie Mack during the GOP primary, giving a speech where he endorsed the candidate. Hannity has endorsed several other candidates, like GOP Senate candidates Ted Cruz and Orrin Hatch, from Texas and Utah, respectively.

While we haven't seen a comprehensive study like this of MSNBC, it seems hard to believe the numbers would be anything remotely close. Remember, the network suspended Keith Olbermann when it came out that he contributed to a Democrat's campaign.