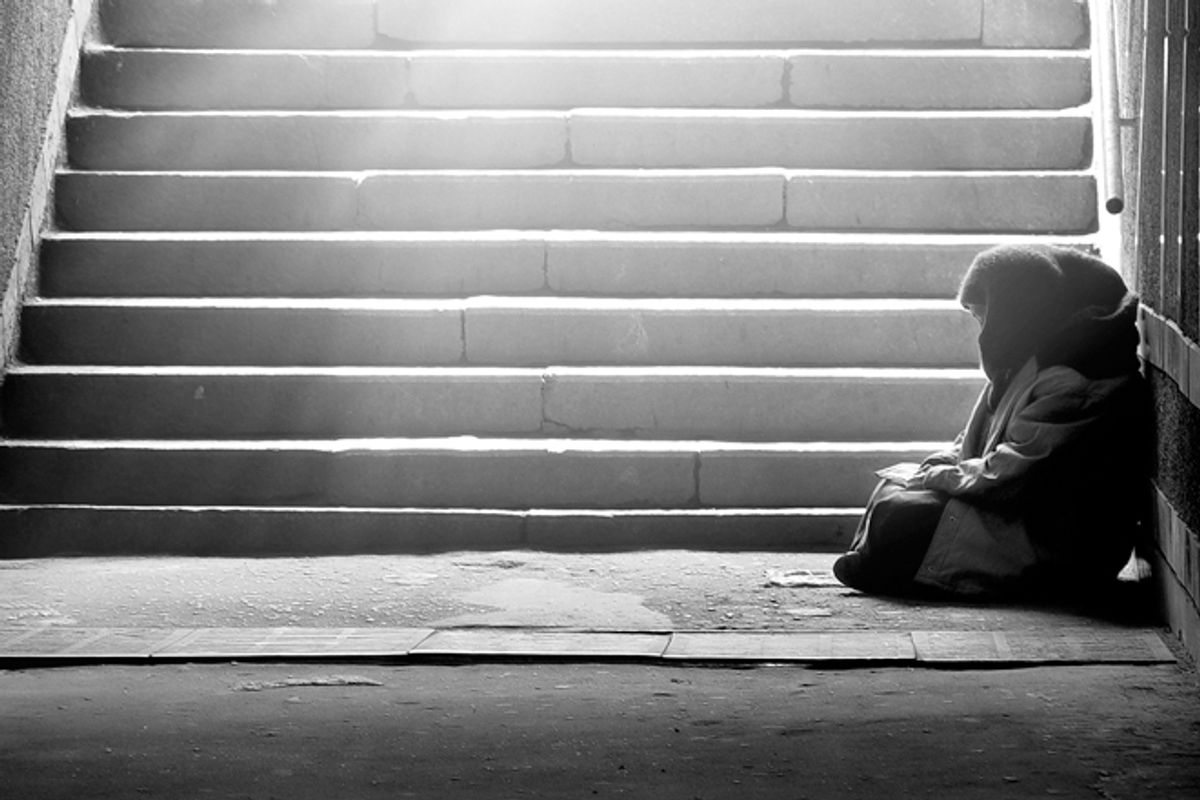 According to a new report from international NGO Save the Children, income inequality is at a 20-year high worldwide. In 32 economically developing countries surveyed, the report found that "children born into the richest households have access to 35 times the resources [including healthcare, food and schooling] of the poorest."

Save the Children notes that in recent decades, "the world has made dramatic progress in cutting child deaths and improving opportunities for children; we are now reaching a tipping point where preventable child deaths could be eradicated in our lifetime." However, the report stresses that income inequality between the rich and the poor serves to undermine metrics of progress. While overall statistics on global poverty are promising (the number of people in extreme poverty fell from almost 2 billion people to less than 1.3 billion people), the report found that in a fifth of countries reviewed, the incomes of the poorest had fallen since the 1990s, while the the rich had increased their share of national income in almost all nations assessed. The report states:

Global progress on many fronts masks huge disparities. When national averages on poverty reduction, hunger, child mortality or education are disaggregated between rich and poor people, urban and rural areas, or by ethnic group or gender, we can see that some individuals and groups are lagging a long way behind. For example, in Madagascar – which saw a massive decrease in under-five mortality between the late 90s and mid-2000s – we found that the gains made in reducing child mortality had been disproportionately concentrated in the top wealth quintile. While child mortality in the richest quintile fell from 142 to
49 per 1,000 live births, the poorest quintile saw less progress, with a more modest fall from 195 to 101 per 1,000 live births. This story of unequal progress on child mortality is replicated, beyond children’s chances to survive, in many other areas – from nutrition to education.

Save the Children argues that without directly addressing inequality, future development frameworks aimed at eradicating extreme poverty will simply not succeed: "A focus on alleviating absolute poverty must be augmented by a common commitment to tackle inequalities in opportunities and outcomes."

The report also found that although inequalities remain high between s0-called developed, developing and least economically developed nations, the distribution of poverty worldwide has seen a dramatic shift in the last 20 years. "In 1990, the vast majority – 93 percent – of people in poverty in the world lived in low-income countries. Today, despite the fact that inequalities between countries remain high, more than 70 percent of the world’s poorest people – up to a billion – live in middle-income countries." This means although absolute poverty may be in decline in many cases, millions more people now also struggle with relative poverty -- with incomes technically above the absolute poverty line but insufficient to essential food and healthcare where they live. "At the same time the top deciles of their populations are enjoying rapid wealth accumulation, with the resultant effect that there are vast gulfs emerging between rich and poor," the report notes. [h/t BBC]