Power outages didn't divide New York. It's always been a city split between the haves and have nots 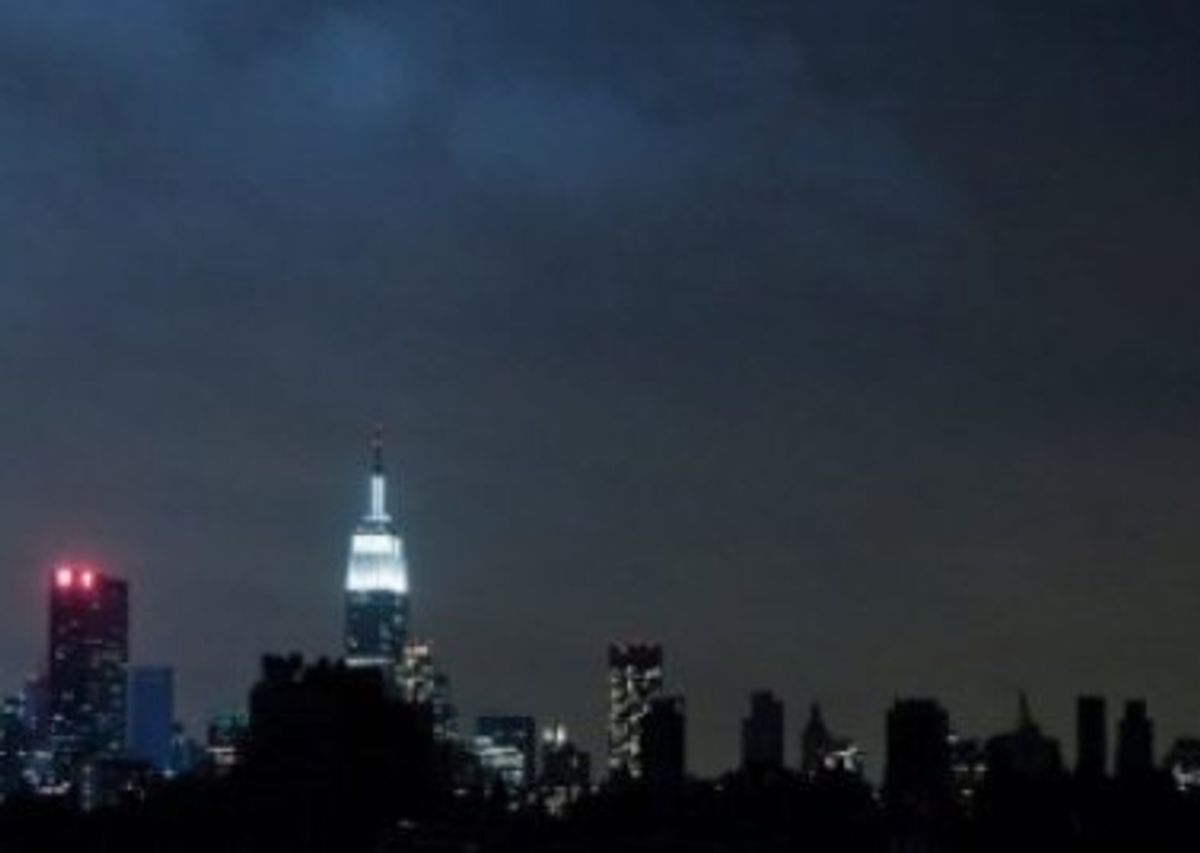 After an explosion at a power station cut off power to Lower Manhattan, photos showed a stark divide in Manhattan between lit-up uptown and downtown blanketed in darkness. The image was gripping, but when the inevitable posts went up declaring that "New York is now divided," I had to laugh. Because it's not the divisions we can see after a storm, but rather the city's giant unseen fissure which makes events like Sandy so threatening.

Witness this piece from Gothamist, in which a citizen sleuth checked out what was happening in parts of Downtown where the poorest residents live and wrote in with his findings:

There is no running water or flushing toilets for people living in the Jacob Riis Houses and surrounding NYCHA buildings on the Lower East Side. In my estimate, this is roughly 20,000 people. One family I spoke with is packing their bags and moving to Brooklyn until services are restored. But it did not appear that all residents were evacuating, even as their toilets did not flush.

6) I did not witness a single Red Cross Truck or FEMA Vehicle or in lower Manhattan. Recall the assistance these agencies provided after 9/11 - this is NOT HAPPENING. There are bound to be hundreds of elderly people, rich and poor, who live on the upper floors of buildings with elevators that are now disabled. IF POWER IS NOT RESTORED, THIS WILL MOVE FROM BEING AN ECONOMIC DISASTER TO A HUMANITARIAN DISASTER.

Compare it to Max Abelson's gem of a piece about Wall Street's coping mechanisms:

JPMorgan, which sent out more than a dozen hurricane updates to its employees featuring detailed weather maps, kept parts of its 270 Park Ave. cafeteria open yesterday. Danishes and scones were available near the salad bar, and the bank’s deli had sandwiches with grilled vegetables. The dumpling bar was closed.

The dumpling bar was closed! Alas. It's positively Dickensian, isn't it?

This tale of two cities within one city's border is explained further in a widely-circulated story by David Rohde of Reuters summing up the city's gaping divide:

Those with a car could flee. Those with wealth could move into a hotel. Those with steady jobs could decline to come into work. But the city's cooks, doormen, maintenance men, taxi drivers and maids left their loved ones at home.

New census data shows that the city is the most economically divided it has been in a decade, according to the New York Times. As has occurred across the country, the rich are getting richer and the poor are getting poorer. Twenty-one percent of the city is in poverty, and the median household income decreased by $821 annually. Per the Times: "Median income for the lowest fifth was $8,844, down $463 from 2010. For the highest, it was $223,285, up $1,919."

Manhattan, the city's wealthiest and most gentrified borough, is an extreme example. Inequality here rivals parts of sub-Saharan Africa. Last year the wealthiest 20 percent of Manhattan residents made $391,022 a year on average, according to census data. The poorest 20 percent made $9,681.

I've been on the lucky side of the New York divide my whole life, but as a die-hard city native passionate about injustice, I've seen firsthand evidence of both the steady persistence of this localized income gap and also its widening. Rents, private school tuition and luxury high-rises climb ever upwards, while public schools and public facilities languish and poorer neighborhoods remain decimated by the mortgage crisis aided by our neighbors in the Financial District. Anyone who grew up in the city and is paying attention can tell you that the problem of income inequality--which helped give birth to Occupy and has been enabled by Mayor Bloomberg--is indeed worse than ever.

And as Think Progress reminds us and the evidence from Sandy shows, income inequality makes storms more dangerous.