The big surprise in the ADP jobs report

Right-wingers expected a low number because of a change in how it counts jobs. They didn't get what they wanted 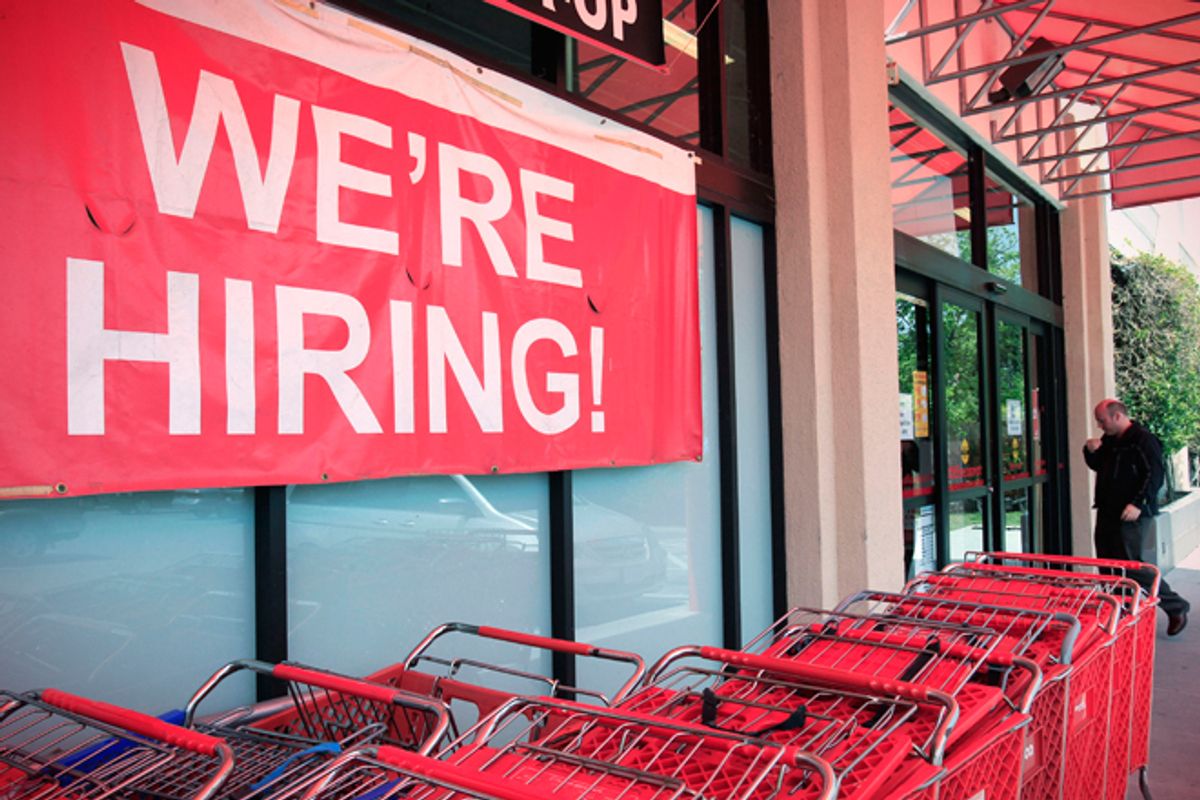 A tale of two surprises: One little, one big.

The payroll processing company ADP reported that private sector employers added 158,000 jobs in October. That's the little surprise: The consensus estimate of economists was that ADP would report around 125,000 new jobs. That's not a great number, but it is in line with what we've been seeing in recent months: confirmation of a slow recovery in the labor market.

But here's the tricky part. On Wednesday, ADP announced that it was rejiggering its methodology for counting jobs. This was long overdue -- ADP's goal, every month, is to come up with a number that ends up close to what the government reports  on the first Friday of every new month. But in the past, ADP's numbers have been a terrible guide to what the BLS reports -- often coming in much higher, or far lower.

The big news Wednesday was that, according to ADP's new methodology, private sector employers only added 88,200 jobs in September, instead of the 162,000 ADP had initially reported. That's a big drop, and it provoked a delighted buzz among conservatives. Not only did it support their belief that the economy is actually tanking right now, but it gave them hope that ADP (and the government) would report disappointing numbers this week. (UPDATE: In Thursday's official ADP report, the revised number for  September's report was raised to 114,000. There was no explanation of the discrepancy.)

So here's the big surprise. ADP's new methodology cut its September estimate in half. But its October estimate came in right in line with the old count for September. So, on the one hand, ADP seems to be suggesting that the job market improved substantially between September and October, and on the other hand, doesn't that imply that if ADP had stuck to its old way of counting, it would have reported a blowout number for October?