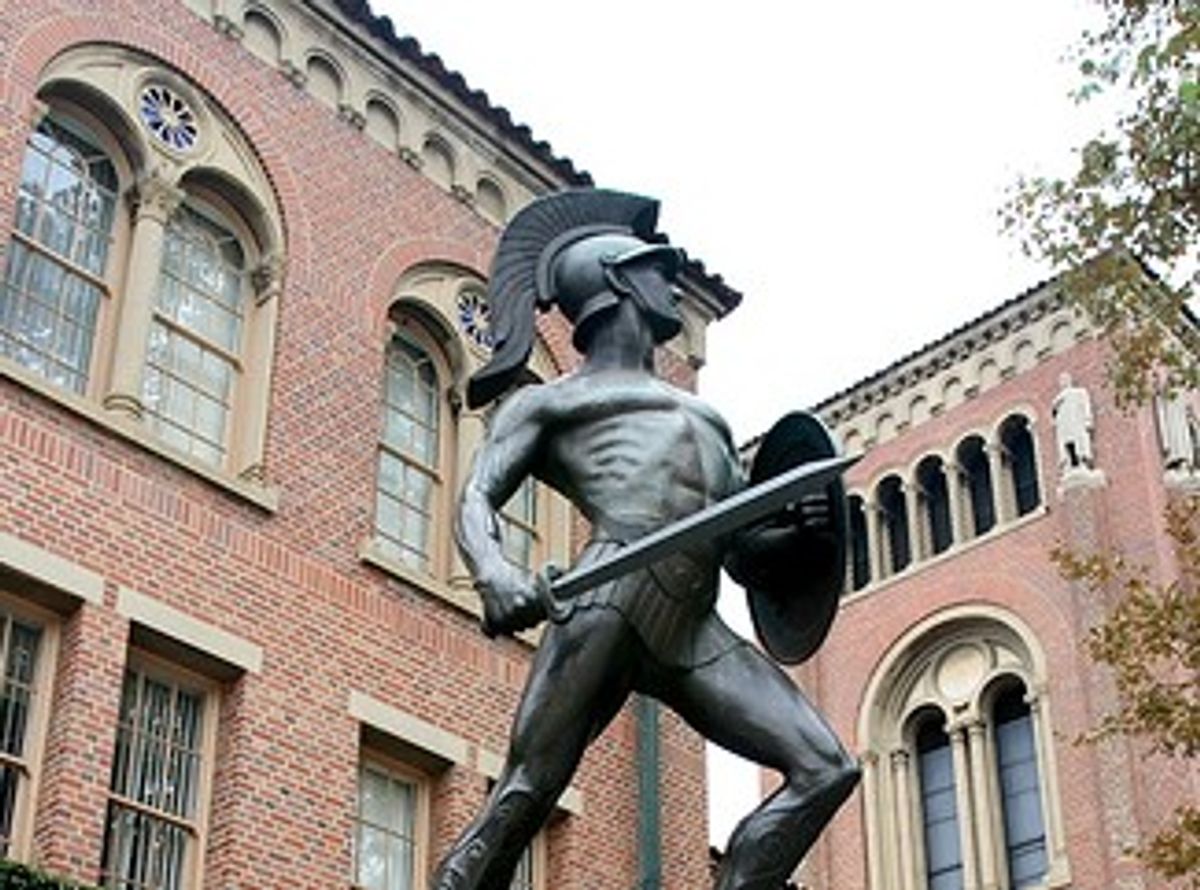 LOS ANGELES -- Two men have been arrested for the Halloween shootings of four people on the University of Southern California campus.

USC police Capt. David Carlisle says two men outside the Ronald Tudor Campus Center party were arguing at about 11:30 p.m. when one of them pulled a gun and opened fire.

None of the people involved were USC students.

The 100 people in the students-only party were kept inside and a campus-wide shelter-in-place email alert was sent.

Carlisle says the suspects were arrested about 10 minutes after the shooting and the alert was called off.

In April, two USC graduate students from China were shot to death in a car near the campus.