Police in Alabama were alerted to a woman who might be dead, but instead found a woman celebrating Halloween 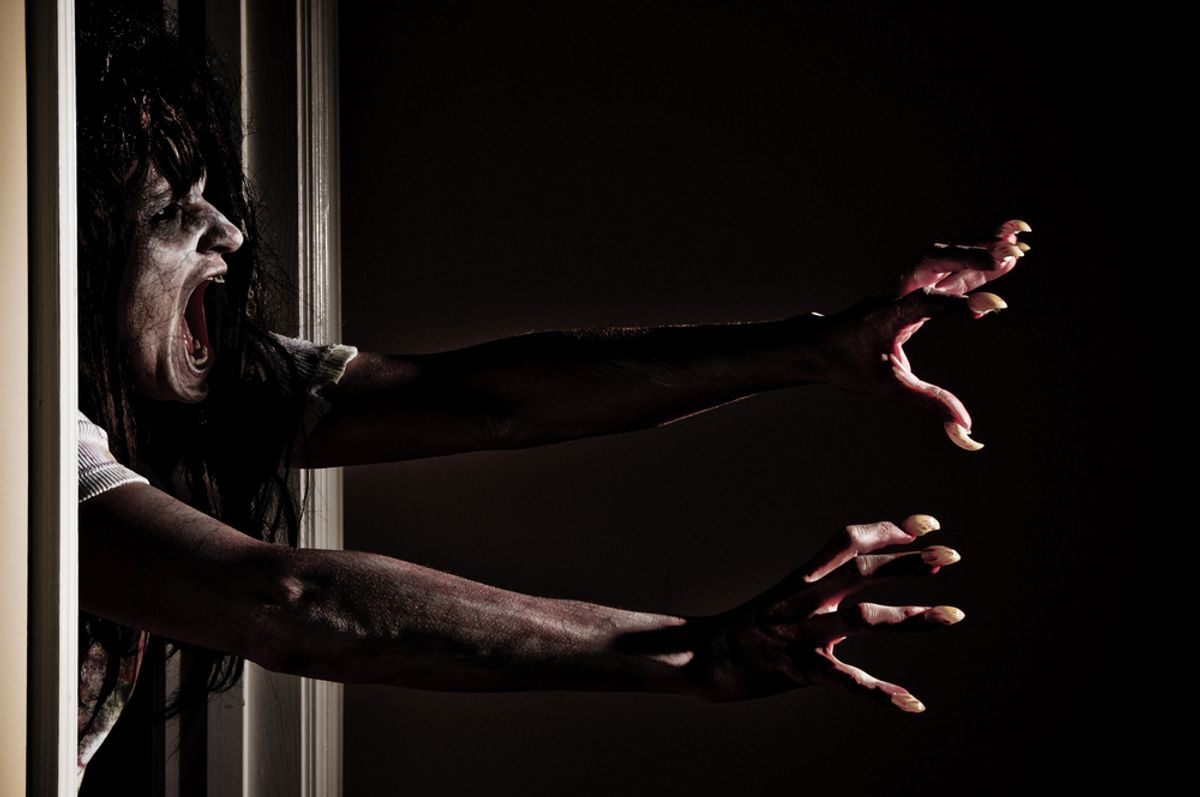 BIRMINGHAM, Ala. — Police in Alabama were called to what looked like a woman shot dead in her car but found a Halloween reveler they described as drunk and passed out in a bloody-looking zombie costume.

The news site Al.com reports that a passerby called 911 in Birmingham on Thursday morning after seeing the woman slumped over her steering wheel at a traffic light.

Police say officers roused the woman and removed her from the SUV. Authorities say she was handcuffed and taken to the city jail on a DUI charge.

A photo of the woman by al.com showed fake blood covering much of her torso as she was apprehended.