Pundits appear especially threatened by the New York Times math wiz this election cycle. Why are they so scared? 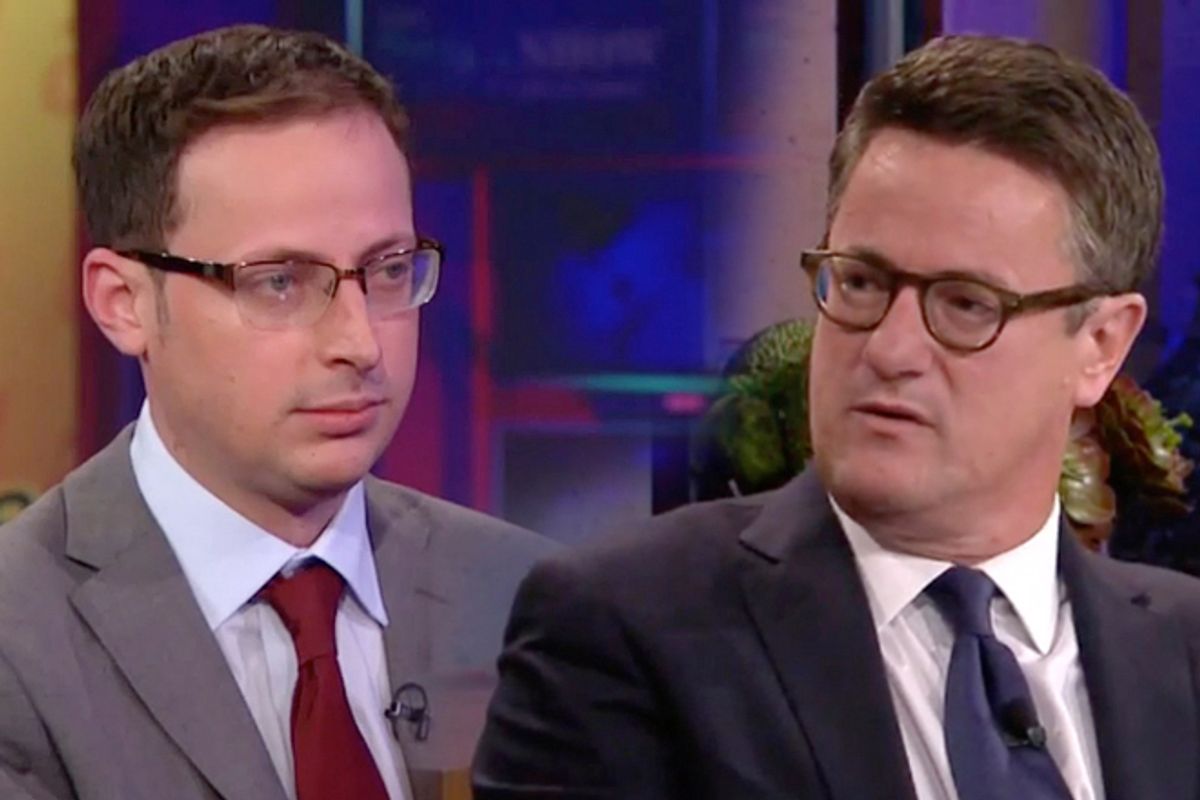 In terms of issues dividing the nation as we approach the long-overdue end of this endless campaign season, the raging War on Nate Silver is not as big a deal as, say, the war on poor people and minorities having their votes counted, or the fact that thousands of people on the Eastern seaboard have no power or, in far too many places, food. But it is one of the more entertaining diversions of the feverish week before Election Day. In short: Conservatives are outraged at Silver for "predicting" an Obama victory, and nonpartisan (but fiercely ideological) political press elites are all chuckling at his curious notion that fancy math can be used to determine what is most likely to happen in an election.

Nate Silver does not actually need his army of defenders. He is a wildly successful author and New York Times contributor with a huge audience, and he is smart and witty enough to fight his own battles. I also realize that any defense of Silver plays into the savvy politico notion that liberals are irrationally "clinging" to his projections because they are terrified of uncertainty and Mitt Romney's ineffable momentum.

What Silver does is actually fairly simple and many of the most prominent of his detractors seem disturbingly (and hilariously) incapable of figuring it out. One issue that people seem to refuse to believe is that if Nate Silver's famous model -- a model that mostly just averages and weighs publicly available polls -- forecast a likely Romney win, Silver would be writing, every day, about why Romney looked likely to win. He is not working backward from a conclusion, as pundits who write "why [...] will win" stories do. Before the election began, he made a series of assumptions, based on past elections, about how to weigh and interpret polls (and economic and historical data) and built a model that has been spitting out forecasts wholly without his interference ever since.

(Also, a bunch of the dumber conservatives seem to think that Silver is himself conducting polls. Which he is not.)

Joe Scarborough is the king of the ignorant brigade, having declared on his television program, "Anybody that thinks that this race is anything but a tossup right now is such an ideologue, they should be kept away from typewriters, computers, laptops and microphones for the next 10 days, because they're jokes."

What's especially amusing, though, is that Silver's conclusion -- that Obama is more likely than not to win, based in large part on the polls -- is also Joe Scarborough's position; Joe Scarborough just doesn't seem to know it. This is Scarborough's latest Politico blog post. He looks at recent polls and interprets them (with his GUT) thusly:

With President Obama maintaining his five-point lead in Ohio in today's poll, Romney must run the table on the six remaining swing states or expand the electoral map. Considering how rough the internals look in this morning's Ohio survey, Boston must know that winning the White House now depends on their candidate stealing Michigan, Minnesota or Pennsylvania out of the Obama column next Tuesday. Their play in those three Midwest states now appears to be more out of weakness than strength, though a new survey does put Romney within 3 points in Michigan.

So. Obama is likely to win Ohio, making him more likely than not to win the presidency. Romney still has a chance but his odds are worse than Obama's odds. Does that sound like a "tossup" or does that sound like Nate Silver's conclusion?

Some are also annoyed that Silver can "have it both ways" -- that is, if Obama wins, he's right, and if Obama loses, he can claim he gave Romney decent odds -- and thus he will weasel out of responsibility for "getting it wrong." That's also silly. If Obama loses and it turns out the majority of state polls were totally wrong, that's not actually Nate Silver's fault. If the electoral map ends up looking significantly different from Silver's projected map, though, I am pretty sure he'll acknowledge his failure, explain what went wrong, and try to fix his model for next time. (Or he'll quit politics forever and go back to poker.)

The real problem the pundit class has with Silver isn't strictly that he renders them irrelevant. Idiots like Mark Halperin and frauds like Dick Morris should have disqualified themselves from opining on electoral matters so, so many times, yet they remain employed, because there is a market for their idiocy. Joe Scarborough has, unfortunately, nothing to fear from Nate Silver, because MSNBC is not actually going to replace its mascot simply because he's crappy at analyzing politics. Joe Scarborough's actual job is to make terribly sad viewers pretend they are at a depressing Washington "cocktail party" full of awful people, and no fancy algorithm can do that.

That was the biggest joke of Dylan Byers' initial story on Silver: the idea that Silver would suffer some professional setback if he got the election "wrong." There are no penalties in American punditry for being disastrously wrong. You can be wrong all day long, on matters as minor as running mate choices or matters as consequential as whether it is a good idea to invade and occupy a nation that poses no threat to the United States, and even if you end up ousted from your current position, there is always another network, another newspaper, another magazine, or, if you're in truly dire straits, a prominent think tank, that will cheerfully take you in.

So don't be scared of Nate Silver and his wizard numbers, Washington hacks. He can't hurt you.