Downtown Manhattan, down for the count 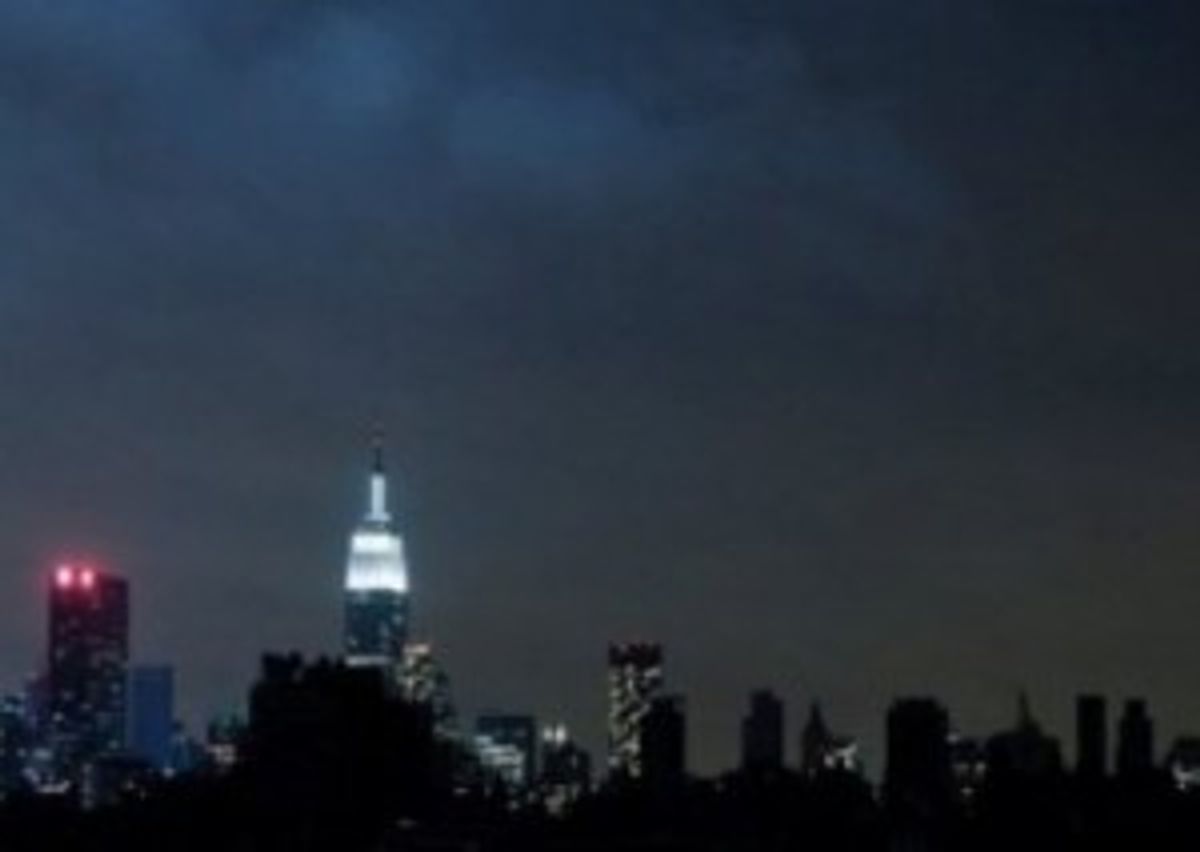 I spent two dark nights stumbling around in my apartment on West 20th Street after vicious Hurricane Sandy wiped out power in downtown Manhattan, where I live. Until Wednesday afternoon, there was no way to get out, even if you wanted to, unless you were prepared to walk; cabs had been ordered off the streets, and it was difficult to find information about emergency buses, which were reported to be overfilled, anyway. So I hunkered down and congratulated myself on rigging up a contraption out of a ceramic pot and candles that would heat the water for my tea. Sort of.

There was not much to do but sit in my chilly studio reading by flashlight and checking the phone every ten minutes for a signal, which rarely came. Every few hours I would head out on streets littered with branches and debris, and even a fallen tree, walking north on Seventh Avenue until I could find a place that was serving food and search for an outlet to plug in my BlackBerry. Nerves were frazzled. A deli owner shouted at me that he should charge me for the current from the electrical outlet in the wall where I huddled. At every coffee shop, people waited in lines to juice their phones and laptops. I was fortunate because the walk to 30th Street, where the power was largely still on, was a short one. Not so for tens of thousands who live further south.  Perhaps the saddest sight was the dozens of travelers who were always gathered outside Penn Station, the nation’s busiest train station, to hear the same news: “Closed until further notice.”

Luckiest for me, I was able to get a cab yesterday to take me to the Upper West Side, where I found shelter in a colleague’s mercifully warm and dry apartment. The Internet and phone have remained dodgy, with multiple outages across the city, but it’s a whole lot better with the light on and some heat. I was finally able to get calls out to loved ones to let them know that I’m OK. Even as far north as 100th Street, you can feel the effects of Sandy at overcrowded Starbucks, where dislocated New Yorkers attempt to work on their laptops amid crowds and noise.

Others have not been so lucky as me. My neighbor, a book editor, remains in his apartment because relocating with both a dog and a bird has thus far seemed too daunting. He’s getting a bit cold, but hanging in there. A colleague who lives in the East Village, Kristen Gwynne, is in worse straits, facing two inches of water in the bedroom of her apartment. For the first couple of days, she’d been eating canned food by candlelight at a friend’s apartment nearby. Then she got sick and walked to Brooklyn to stay with other friends with power. In an email, she summed up what many are facing: “I have just been kind of nomading around and will be for god knows how long until they get rid of the mold! ... The buses are insane. I have not been working but really have had limited access to modernity.”

There’s no telling when things will get back to normal. I have a post-surgery doctor’s appointment tomorrow, and I’m unable to get through to the office either by phone or email. That’s a small inconvenience compared to the thousands of sick people who have been evacuated from areas hospitals, including Bellevue, the city's flagship public hospital, where fuel pumps for back-up generators have failed. Without even hot water, patients have truly been in the ninth circle. Wall Street, we're told, is back in business, with the stock exchange up and running. Kinda gives you a sense of the priorities around here, when sick people don't have flushing toilets, but the lights at Goldman Sachs still beam in the sky as the rest of downtown is plunged into darkness.