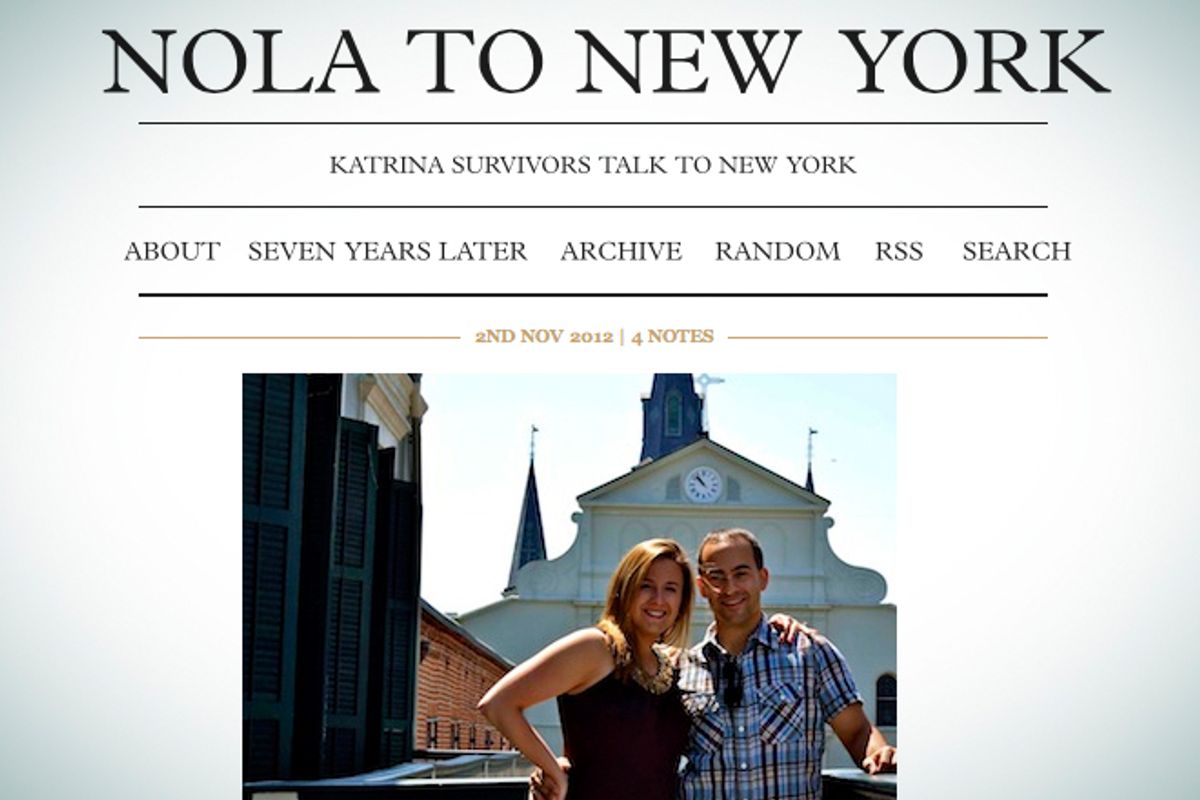 Sometimes, you just need to hear it from someone who's been through it. That's the poignant idea behind NOLA to New York, one of the most touching online responses to Hurricane Sandy.

Former New Orleans resident Andy Kopsa started the Tumblr while stuck waiting — in the Big Easy, as it happened — to get home to New York in the wake of Hurricane Sandy earlier this week. In an acknowledgment of both her immediate travel plans and the fate of the Big Apple, she tweeted Wednesday, "We have a long, long road ahead." And so Kopsa used her time to create the Tumblr, and put out the call to encourage "Katrina survivors [to] talk to New York."

There's Calvin, who holds up a sign that says, "It's not about the material things; it's about each other!" Calvin "was evacuated to seven different cities" before making his way back home, where he now owns his own barbershop. Barry was trapped on the  I-10 when the storm hit, and came home to looters in his house. Laura sends a message of "inner strength" while Yolanda says, "Pray." Kristy, who did search and rescue in Lakeview and City Park and knows what it's like to find a body tied to the porch of a house, pleads for "compassion," while James, who did search and rescue during Isaac, sends assurance that New York is "in our prayers with many condolences."

On the page, which is still growing, there are also photos of what the storm-swept city of New Orleans looks like now, seven years later. But it's the messages of kindness and empathy that make this such a promising document, and a loving testament from the heart of one great American city to another. As reporter Lauren, who had to go on the air right after learning parts of the Superdome's roof had begun coming off, disaster "shapes you." It also, thankfully, connects you.