When WIC food started making my kids sick, I learned how a president can really impact a person's life 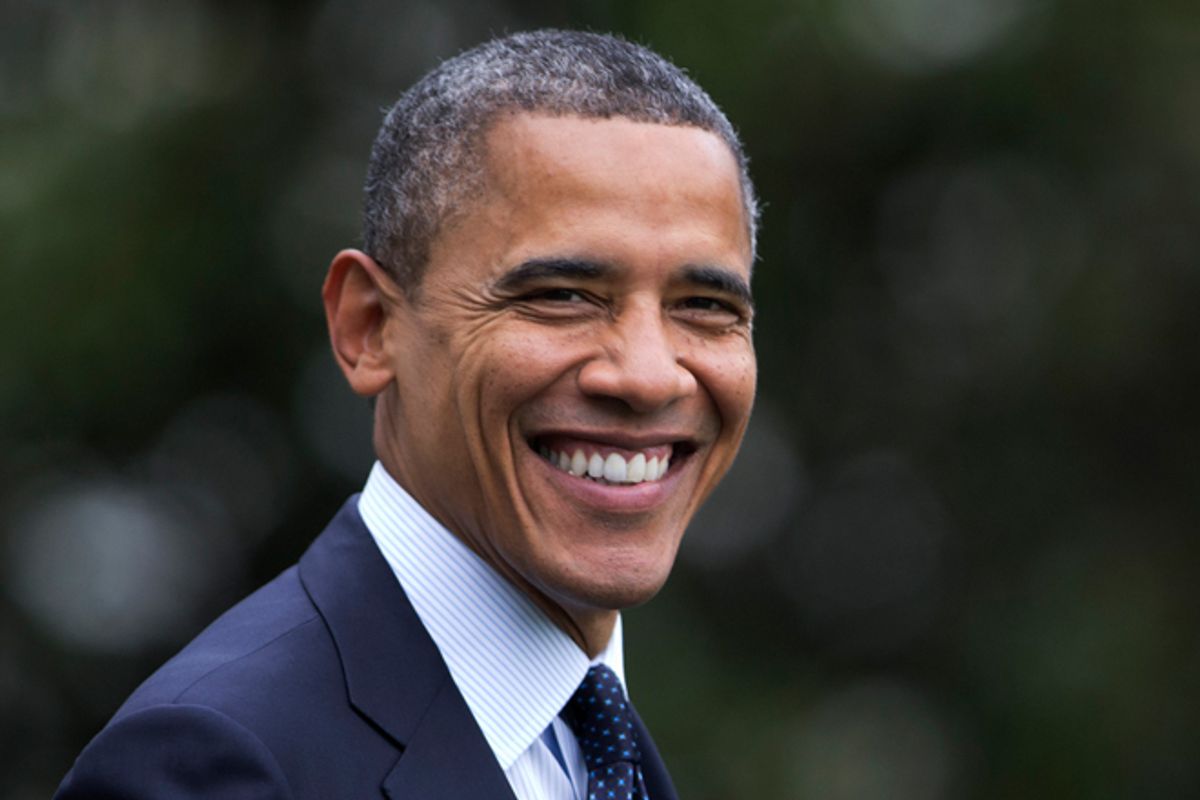 This post was originally published on the blog, Foreigner in Buckeye Nation.

Two weeks after Barack Obama was elected president of the United States, our youngest son joined our family. At the time my partner, Darling Virgo, was in nursing school and taking care of our babies -- 5-year-old Hot Shot, 1-year-old Moon Boy and newborn Ankle Biter. Even though I was an executive director of a nonprofit, as a family of five living off my income, we were eligible to participate in WIC.

I wasn’t crazy about the idea, but we were doing our best to cut expenses. We had just moved to save money on rent, and we had no cellphones, or Internet access, or cable or even call waiting. Our vehicles were a used Prius, a bike and a double stroller. We were wrapping both our babies’ bottoms in cloth diapers and washing them ourselves. After buying food, rent and utilities, we were barely breaking even.

And winter was upon us. So there I would stand in line at the grocery store assembling my WIC items with the correct WIC checks and reminding myself that by harnessing the federal government's money (which is to say, our collective tax dollars) and spending them on groceries at my local grocery store, I was both helping keep grocery baggers employed and making it possible for us to heat that drafty apartment full of babies.

The only problem was that, although the purpose of enrolling in WIC was to help feed our two little boys, as luck would have it, they were either allergic to or could not digest most of the foods that WIC paid for. Peanut butter, eggs, milk, cheese, bread, cereal, fruit juice. Without getting too graphic, I will say that each of these items produced one or more of the following reactions in one or more of our children: diapers full of undigested food (aka, diarrhea) four or five times a day per child; projectile vomiting after each bottle; huge red hives covering face, neck, chest, belly and back; constant runny noses; chronic gas and wakefulness. It was a pretty gross year.

Because there were so many different foods confounding their systems, it took a while to figure out what was going on with our kids’ bodies, but one thing was clear. They were getting very little nutrition out of anything they ate. After a year of WIC-sponsored, iron-fortified formula and cereals, our youngest son had a severe iron deficiency. The food just wasn’t going in. I’m sorry to say it, but all your tax dollars were collecting in my son’s diapers, not in his muscles and bones. Not a dime digested. Not a nickel helping him grow and develop as we might hope.

But then, as we identified each problematic food (first milk, then peanuts, then eggs, then wheat, then gluten, then juice), the WIC workers responded either according to regulations (which meant withholding the WIC checks for foods the boys weren’t able to digest) or according to their conscience (which meant a wink and a smile and a "I’m sure a dozen eggs won’t go bad in your fridge, right?").

And then (cue the rising sun) in October of 2009, after President Obama had been in office for 10 months, WIC changed its guidelines. Our kids could have soy milk instead of cow's milk. Black beans instead of peanut butter. Brown rice instead of bread. Tofu instead of eggs and cheese. The federal government stopped spending your tax dollars on full-fat milk and fruit juice (which even at 100-percent juice is still just like drinking a lollipop) and gave us vouchers to buy fresh fruits and vegetables. Fresh fruits and vegetables! Can you believe it? There were your tax dollars buying actual food grown in the earth for my kids. And there were my kids devouring bowls of kale, spinach, green beans and pears. And their skin cleared. And the diarrhea stopped. And the vomiting, too. And OK, it’s true that Moon Boy’s nose is still runny, but let me tell you, runny on just one end of the body is a beautiful thing.

Did WIC change all that? Was it really WIC that removed the welts from my son’s neck? No. Of course it was not WIC alone. President Obama did not swoop in with a basket of fresh vegetables and say, “try feeding them some Swiss chard instead of all that cheese!” I was feeding them fresh fruits and vegetables anyway. I wasn’t forcing them to eat eggs just because we could buy them on the taxpayer’s dime. But the point is, figuring out how to help those boys get the nutrition they needed to thrive was a long and exhausting process. And having help getting access to the foods they needed rather than the foods that were making them sick made a world of difference.

I’m sure it goes without saying that the WIC changes helped a lot more people than just us and our two little boys. In 2009, your tax dollars stopped buying full-fat milk and fruit juice, and started putting fresh apples, carrots and lettuce into the refrigerators of America’s under-nourished babies and children. But your tax dollars did more than that; those same dollars that were feeding runny-nosed toddlers were also bringing fresh fruits and vegetables into corner stores in poor neighborhoods all over the country, because in order to accept WIC checks, those stores were now required to stock at least two fresh fruits or vegetables at all times.

Now that might not seem like much if you’re used to shopping in the supermarket produce department. But there aren’t supermarkets in every neighborhood. And specifically, there aren’t supermarkets in the poorest neighborhoods. Those are the neighborhoods where people depend on the mom-and-pop shops for their nutrition, where the best you can do for breakfast is typically a pop tart and a Diet Sprite. Now, in addition to cigarettes, liquor and Cheetos, you will find a basket of oranges and bananas in those corner stores.

In some places you’ll find more. I know. I lived in one of those neighborhoods as recently as last year, and I am not kidding you, there is a gas station that boasts a prominent produce section where there used to be shelves of Ding Dongs. The people in that neighborhood can now walk across the street and choose which kind of lettuce to buy. That gas station is not required to supply three kinds of lettuce. They’re stocking it because people are buying it. In my book, that’s not big government force feeding us bureaucratic broccoli. That’s smart government affecting real life and making day-to-day progress in the corners of the country that need it most.

These days it’s hard for me even to remember what our little boys were like back then. It wasn’t particularly striking to me at the time, but neither of them learned to walk with any real consistency until somewhere around the 17-month mark. It didn’t bother me then because I don’t need my kids to be the fastest and best at everything, but the years since have taught us something about our boys: They are extraordinarily coordinated and strong. Moon Boy couldn’t walk until he was a year and a half, but he perfected a cartwheel at three. He hasn’t turned five yet, but he has been executing complicated break dance moves for more than two years, just by watching and practicing. And he’s already outgrown playgrounds; now, instead of playing on them, he scales the outsides of them -- eight feet off the ground, he moves hand over hand, foot over foot from one end to the other, not satisfied if his sneaker rests on something that was actually made for standing on. And Ankle Biter is right along beside him. Learning everything from his brother. Performing diving forward rolls off of the furniture. Scampering up rock walls higher than I can reach to spot him, not that he needs it. And he is still 3.

I’m not saying all this to brag. I’m saying this because it’s now clear that if those two had been eating food their bodies could transform into muscle, they probably would have been running at 8 months old. I’m so glad we found the right balance for them and so grateful that the government was making wise nutritional choices on behalf of our nation’s children when I needed it to be. When I pay my taxes this spring, I hope it will be to an administration working this forwardly and practically to solve our country’s most basic and personal challenges.

Liz Rose-Cohen blogs at foreignerinbuckeyenation.blogspot.com and is currently seeking a publisher for her first book, "Stream of (Race) Consciousness: A thousand frantic dilemmas in an eager white mind."