Trapped in a car with Fox News 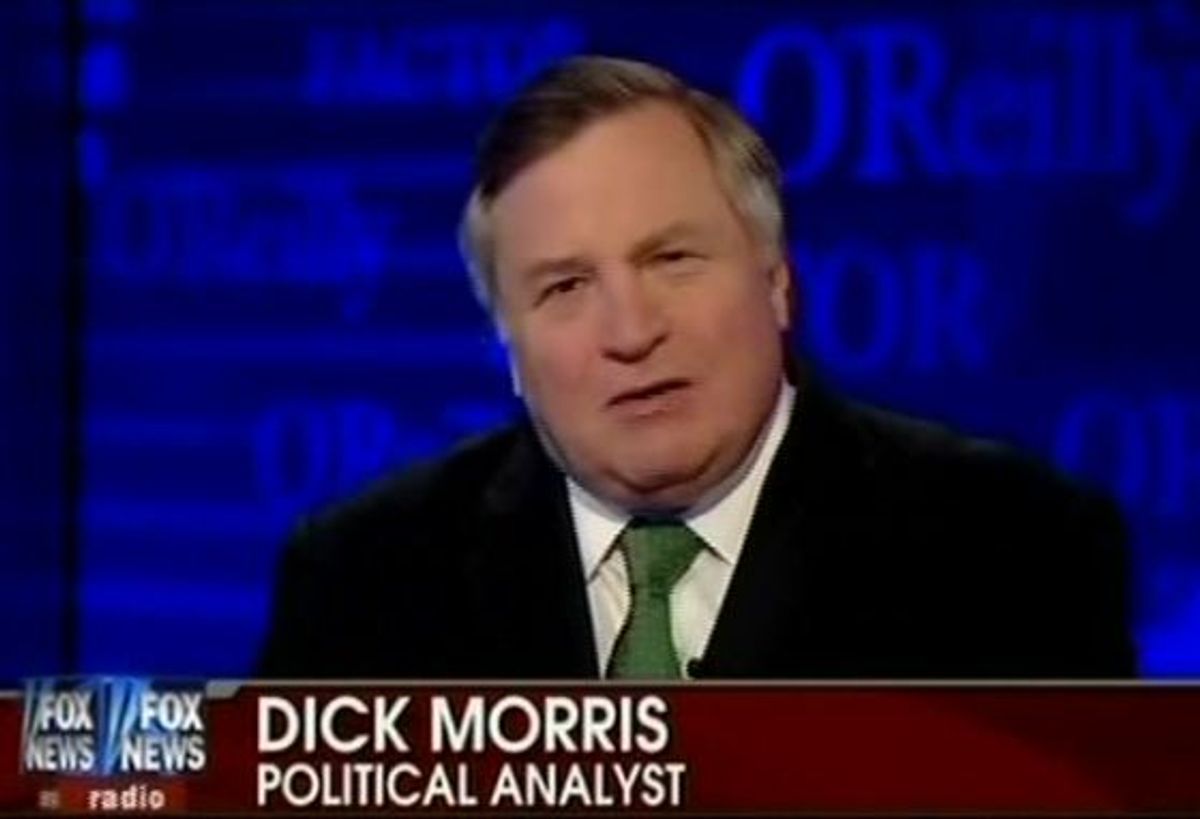 In the last leg of my five-day journey back to New York after Hurricane Sandy, I found myself in a car with my cousins to the Poughkeepsie train station counting my blessings. Although I was stranded and couldn’t get home, I rode out the storm with people I love in Milwaukee and Albany, with plenty of food, my own bedroom, cable TV, Wi-Fi and lots of fun. In light of real storm-related suffering, I had a great adventure. So for my last hour, I chose real suffering: listening to Fox News on Sirius XM in the car on the way to the train.

On Fox News the election is shaping up to be a Mitt Romney squeaker. He's scaring them, OK, but he's going to pull it out. We tuned in to hear Romneybot Steve Doocy grappling with a little bit of reality, grilling Dick Morris about whether it isn't a tiny bit worrisome that Romney had to visit Virginia and Florida when he's supposed to have those states sewn up; in fact, he can't win without them.

Not a problem, Dick Morris says – Romney will win both states, and he'll carry George Allen and Connie Mack to the Senate on his coattails, too. Congratulations to Virginia's Tim Kaine and Florida's Bill Nelson, who can probably quit campaigning now.

In Fox's alternative universe, cheery Romney news alternates with feverish Benghazi reporting and furious Staten Island Sandy victims. Did you know that Sen. Saxby Chambliss almost single-handedly, well, with an assist from Sen. Lindsey Graham, is getting the FBI everything it needs to investigate Benghazi despite neglect and/or obstruction from the White House? I didn't either. Where is Democrat Dianne Feinstein, Brian Kilmeade asked Chambliss. (Correction: an earlier version of this post attributed that question to Doocy.) Sorrowfully, Chambliss allowed he just didn't know. Probably out on the campaign trail. There was a hint that Feinstein, a favorite Fox Democrat, might have been muzzled by the Chicago boys. Just wait until President Romney takes over, we'll finally get answers.

On the Sandy front, we heard that a woman in Staten Island felt angry and abandoned by government, but in fact she thanked people who'd provided food and clothing. She burst into tears when the Fox reporter kept nagging her to talk about her losses. Then we went out to a reporter tracking horrific gasoline lines, but there again, the narrative faltered. The lines in New Jersey weren't bad where she was, maybe a 15-minute wait. The storm is not cooperating with Fox News.

Throughout the hour Doocy hyped a Mitt Romney story that "every American needs to hear." When it finally aired, it involved a Boy Scout troop providing an American flag to the doomed Challenger space shuttle in 1986, and the troop's efforts to retrieve the flag, which it eventually accomplished. Apparently, when you say "Challenger" you're channeling Ronald Reagan, so this was all very moving. And when the scoutmaster showed up with the flag at a Romney rally in Colorado, Fox told us, there wasn't a dry eye in the house. That's some Mittmentum right there.

We got more Ronald Reagan directly from his wing-nut son, Michael Reagan. Michael told a moving story that everyone on Fox had apparently already heard, but I never had: About how Walter Mondale strategist Bob Beckel, now a Fox Democrat, was in his boxer shorts when he first saw the famous "Morning in America" Reagan ad, and he immediately knew that his candidate was toast. Michael Reagan's female interviewer (sorry, without television I couldn't be sure who it was), seemed a little uneasy lingering on the image of Beckel in his boxers, but Reagan was having a ball. There was no direct link to what that might tell us about the Obama-Romney race. Maybe David Axelrod was in his boxer shorts hearing about the Challenger flag and … I guess we'll find out eventually.

We got a couple of dispatches from the campaign trail, where Carl Cameron acknowledged that Romney trails in every recent swing state poll but insisted he was always "within the margin of error" (he's not).  Traveling with Obama, Ed Henry told a tangled tale of how Bill Clinton maybe hurts and maybe helps the president. Henry chided Clinton for making a joke about Romney getting caught "with his hand in the cookie jar," given that the president was impeached. Snap! But then he said the wildly popular (albeit impeached) former president would deserve all the credit if Obama ekes out a victory Tuesday. How the disgraced, impeached Clinton could be Obama's secret weapon … well, it all makes sense in the fever swamps.

The Wall Street Journal's Daniel Henninger showed up to inform us about Romney's secret weapon: the 350,000 evangelicals in Ohio who didn't bother to vote for John McCain in 2008. If they all turned out, a breathless Henninger said, that would swamp Obama's 200,000-plus edge over John McCain. Why we should expect that they'll all turn out, and what Obama's edge over McCain tells us about his race with Romney, were some obvious questions they couldn't get to, what with all the news about Benghazi and Staten Island.

Listening to Fox for 90 minutes on a Sunday, I realized it must be a little bit like going to church for the GOP faithful. They got their worst fears confirmed – the incompetent president is blowing it in Benghazi and Staten Island – but faith will be rewarded: Romney will eke it out in the end (with the help of evangelicals). We even heard the voice of God himself: One hour ended with Ronald Reagan telling voters to "ask yourself if you're better off now than you were four years ago." There was no introduction, and no mention that Reagan said it running against Jimmy Carter in 1980. It was the Gipper himself, asking Fox viewers that question today about the Obama years, and knowing the answer.

I'm pretty sure Fox viewers will not be better off in four days than they are now, but for one last Sunday morning, Roger Ailes gave them hope.