Why Sarah Palin should endorse Obama

If the former Alaska governor is looking out for her home state, her choice is clear 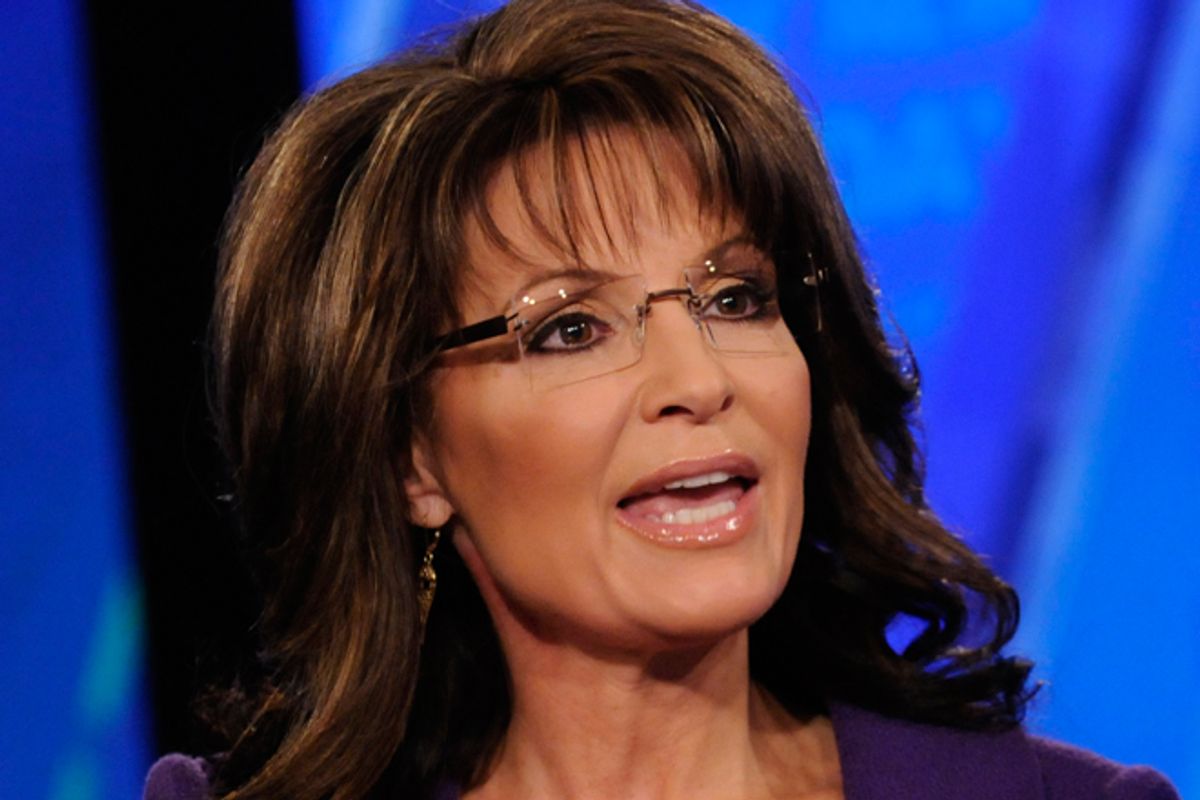 Sarah Palin has said a lot of outrageous things about President Obama.  She tapped into the racist lexicon to accuse him of a “shuck and jive” regarding Libya; she urged Mitt Romney to specifically use words like “incompetent, dangerous, socialist” to describe him;  and she accused him of using Hurricane Sandy as photo op.

But if Sarah Palin were paying attention to the needs and best interests of her home state of Alaska, it would not be outrageous for her to endorse President Obama for reelection.  In fact, it would be entirely sensible and sane.  Ironically, most red states that vote for Republican leaders fare better economically under Democrats.  In fact, under President Obama, Alaska has fared even better than most.

Alaska received more stimulus dollars per capita than any other state in the nation.  For instance, as of August of 2010 (when the bulk of stimulus spending had been dispatched), Alaska had an unemployment rate of 7.9 percent (two points below the national average) but received $3,145 per person in federal stimulus dollars.  But Florida, with an unemployment rate at 11.4 percent got just $914 in per capita stimulus spending.  And, incidentally, Alaska is not a poor state — with oil revenues that make up 88 percent of the state’s general fund.

Red states generally receive more federal spending than they pay in taxes.  In 2005, Alaska received $1.84 in spending for every $1 paid in taxes).  Other red states fared just as well, for instance: North Dakota ($1.68), Alabama ($1.66), Kentucky ($1.51), Oklahoma ($1.36).  Blue states tend to pay more in taxes than they receive in spending, for instance:  Connecticut (received $0.69 for every $1 in taxes paid), Illinois ($0.75), California ($0.78), New York ($0.79).   In 2012, the New York Times published an eye-opening study revealing that Americans in conservative parts of the country — including the voting bases of the most anti-government Tea Party candidates — use more government benefits (including Medicare and Social Security and unemployment insurance) than more liberal parts of the nation.

I know Sarah Palin and I know she is proud to be a maverick.  Perhaps in this election, the maverick thing to do would be acknowledge facts.  The fact is that all the folks relying on the manufacturing comeback, most of the Americans who are uninsured, many who can’t send their kids to college without more Pell Grants — these people don’t live in New York City or Los Angeles but places like Albuquerque and Fayetteville and Wasilla.  And as much as Palin and her fellow Republicans like to scream until they’re red in the face about the dangers of economic redistribution, the fact is that redistribution is what allows New Mexico and North Carolina and Alaska to even survive.  That survival is literally paid for by Democrats.

Want to say thank you, red America?  Vote for the party that’s actually helping you out.

And Gov. Palin, I look forward to your endorsement of President Obama.