Will the hot-button ballot measures pass?

Some voters will decide on GM food, human trafficking, marijuana legalization and symbolic opposition to Obamacare 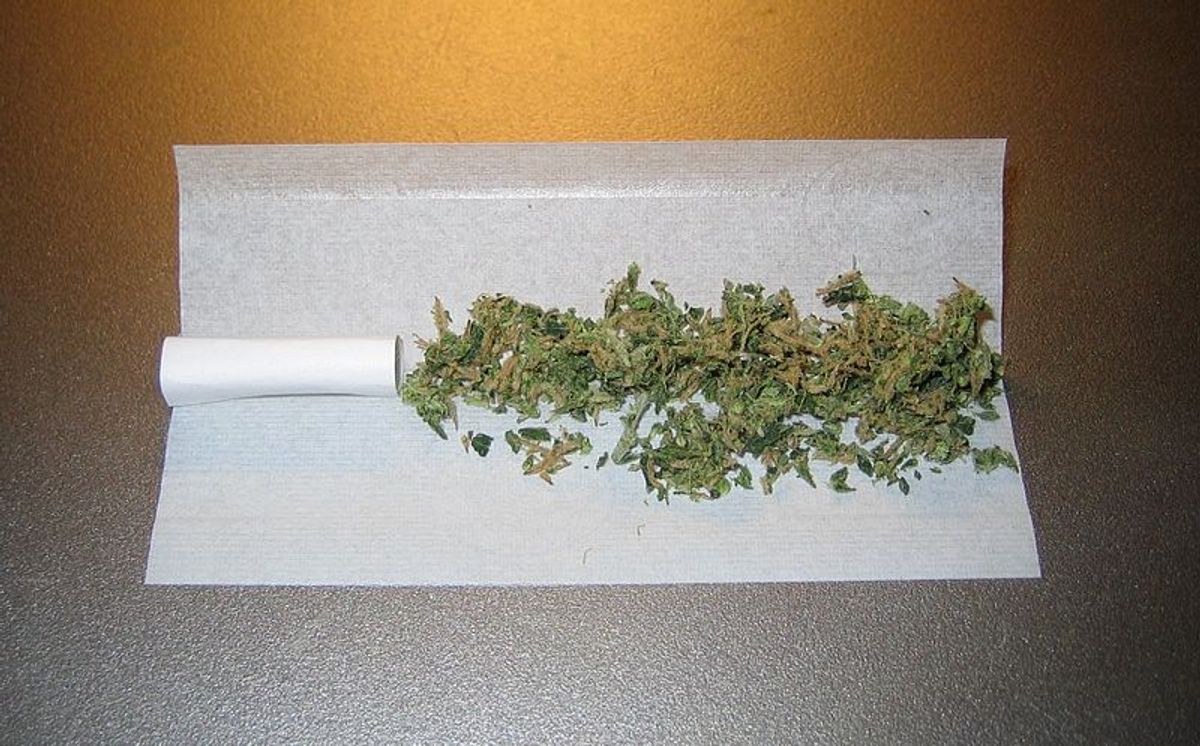 On Tuesday Californians will vote on whether genetically modified food sold in supermarkets will have to be labeled. In an effort to defeat the ballot measure, food and agribusiness giants including Monsanto, Nestle, Dupont and Pepsico have together spent over  $45 million, the Guardian reported Monday.

Although supported by anti-GM and anti-Monsanto activists, Proposition 37 only goes some way to inform Californians about the genetically modified foods on the market. The measure does not cover restaurants and does not require GM labels on meat from animals fed GM corn. However, many pundits believe that if Proposition 37 passes in California, it will lead to national mandatory GM label requirements.

Greenpeace, the Sierra Club and a host of environmental and food activist groups have thrown their support behind the ballot measure, which Michael Pollan described in the New York Times Magazine as a referendum of sorts on the strength of the food movement. In its favor, a damning (but widely criticized) French study that found that Monsanto's GM corn caused tumors and organ damage in test rats and bolstered support for Proposition 37. However, writing in Slate Monday, Keith Kloor stressed that the proposition is premised on paranoid, "junk science" about GM foods and should not be the linchpin to anchor an important food movement in U.S. politics. Indeed, contentious claims over the health risks of consuming GM products fail to directly challenge the ruthlessness with which leviathans like Monsanto strong-arm farmers worldwide in order to expand their agricultural  monopolies.

A late September USC/LA Times poll found that Proposition 37 looked likely to pass, with supporters outnumbering foes 2-to-1. However, after a mammoth spending effort -- Monsanto alone spent $8 million -- Tuesday's result is less assured. "It’ll be a miracle if it passes now,” said Gary Hirshberg, chairman of the “Just Label It” campaign, which is spearheading an effort to draft a federal labeling law. Even if 37 does pass, there is little doubt that its powerful opponents will be swift to mount legal challenges.

Another hotly debated California ballot measure aims to fight human trafficking, but, as Salon reported last month, could do more harm than good. Writer and sex worker advocate Melissa Gira Grant has extensively expounded upon the failings of Proposition 35, which would increase fines and prison sentences for convicted human traffickers. The measure, Gira Grant notes, dangerously conflates "sex work" with "human trafficking" and as such fails to understand the challenges faced by coerced laborers outside sex work, while simultaneously threatening to label consenting sex workers as sex offenders. Anti-trafficking advocates, sex workers and attorneys who oppose Proposition 35 say the measure would end up being tough on trafficking survivors.

Meanwhile, 35's defenders, including anti-slavery and anti-trafficking groups (backed yesterday in a HuffPo Op-Ed by Sen. Barbara Boxer, D-Calif.), see the measure as a necessary step in the fight against human trafficking in a state where three cities (San Francisco, Los Angeles and San Diego) are considered high-intensity trafficking areas by the FBI.

The Los Angeles Times came out against the measure, which according to the Daily Kos will "undoubtedly pass." The problems with the bill are not widely enough known and understood to persuade the majority of California voters to choose "no" on a proposition framed as a blow to human trafficking.

Outside of same-sex marriage, marijuana legalization could be the hottest measure on the ballot this year as voters in Colorado, Washington and Oregon will decide whether to legalize recreational pot use. The measures in these states go further than decriminalization (already in place in 17 states) and would permit legal but highly regulated sale of the drug.

In Colorado, where it's estimated legalization could earn the state up to $22 million in annual sales taxes, the polls suggest a high possibility that the legalization measure will pass. Bloomberg News reported that "in Washington state, the measure could generate as much as $1.9 billion in state revenue over five fiscal years, according to the state’s Office of Financial Management." However, if any legalization measures pass (and Colorado's is seen as the most likely), it will spark a national debate: State legalization defies federal efforts to crack down on the drug.

Anti-Obamacare measures, which can go nowhere:

Meanwhile ballot measures in several states, which offer voters the chance to "ban" Obamacare, can be seen as either merely symbolic or symbolically petulant. As the American Prospect noted:

In Alabama, Florida, Montana, and Wyoming, voters can ostensibly decide to ban any and all mandates that residents get health insurance. But these "bans" would exist in name only. That's because the measures would violate Obamacare, which requires that the state's residents get health insurance or pay a fine (which the Supreme Court calls a tax). These measures will have no practical impact—Article VI of the Constitution makes federal laws the "supreme law of the land"—but that’s not the point. The idea is to show just how much people dislike the law.

Because these ballot measures can have no practical impact, little polling has been done. "Still," noted the Prospect, "logic indicates they're likely to pass."