"It's not a traditional America anymore"

Bill O'Reilly got one thing right last night: The days of white male hegemony are finally, mercifully over 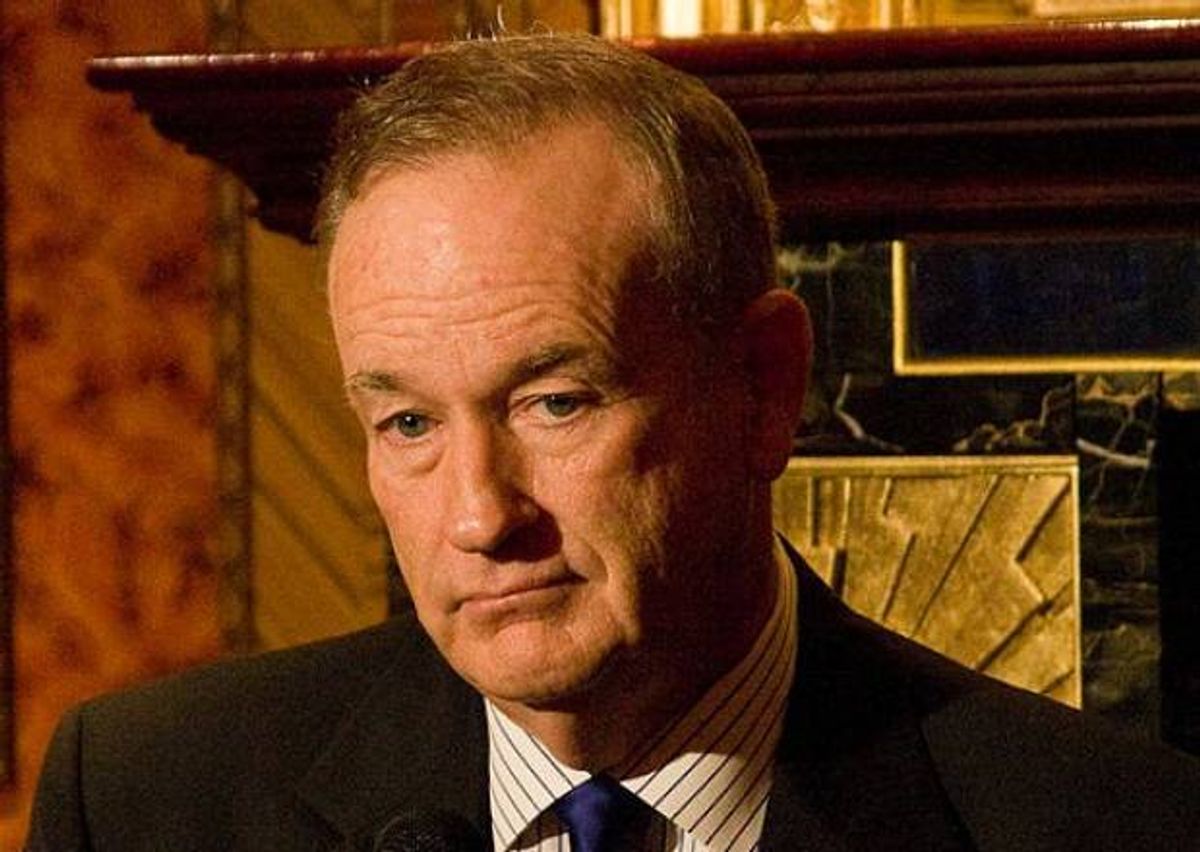 Some of us might well have considered the first term of the first African-American president was a dream. A sweet dream that would come to an end as we were all lost in the deluge of insider baseball talk between pundits, strategists and pollsters. Watching last night's acceptance speech, I’d wondered if in the back of Obama’s mind, he’d wondered too if this sweet dream of his first four years would extend to another four. A break and a swell to a rise, President Obama nod’s to his 2004 speech:

America, I believe we can build on the progress we’ve made and continue to fight for new jobs and new opportunity and new security for the middle class. I believe we can keep the promise of our founders, the idea that if you’re willing to work hard, it doesn’t matter who you are or where you come from or what you look like or where you love. It doesn’t matter whether you’re black or white or Hispanic or Asian or Native American or young or old or rich or poor, able, disabled, gay or straight, you can make it here in America if you’re willing to try.

I believe we can seize this future together because we are not as divided as our politics suggests. We’re not as cynical as the pundits believe. We are greater than the sum of our individual ambitions, and we remain more than a collection of red states and blue states. We are and forever will be the United States of America.

In that moment, I felt convinced that even the smoothest politician in U.S. history allowed himself to embrace this moment in real time. It wasn’t a mistake, B. We really did elect you president. Twice.

The sweet, sweetest revenge was more than just voting, it was also witnessing the fact/reality-based genius of math and Nate Silver's analysis. The left brain prevailed over the right brain. (Too soon?)

As we all spend the coming days diving into the breakdown of numbers, the biggest takeaway is brilliantly noted by Jamelle Bouie here:

Notwithstanding, the GOP, with the complicity of Candidate Romney, actively sparked racial animus in the various host of false claims around welfare reform, "othering" Obama, employing language of the Reagan era (or earlier) to anger white male voters, hoping that they’d show up to the polls in droves.

Last night, I didn’t feel compelled to take to the streets to dance in celebration as I did in 2008 (yup, I was among the crowd). A sobering reality had long gripped me -- beyond history -- that in order to push a progressive agenda forward, I must support an incumbent who believes that I am a person with inalienable rights, a team in the White House that believes in science, believes that "rape is rape."  The knowledge that the real work of governance and civic engagement is why I was so engaged in this process in the first place. The opportunity for Obama, who has deftly held the center, is to shake free from the pressure of the forever election. Governing in a first-term presidency sometimes meant muted progress while preparing to campaign for a second. And yes, as commander in chief, Obama’s taken some huge risks (Obamacare, revoking DADT, signing an executive order for DREAMERS, bailing out the auto industry, coming out in support of marriage equality in the face of uber conservative foes), betting on the electorate, the broad coalition of people, to respond in kind to those risks, locking in a second term.

When you let Obama be Obama, he informs voters of his compassion and humanity: ‘If I had a son, he’d look like Trayvon’.

And I’m willing to bet that for African-American (and Latino American) voters in Florida, this statement was a clarion call.  In spite of a well-funded and -coordinated effort by GOP state officials to suppress votes in large Democratic strongholds and communities of color, voters in Miami-Dade endured long lines in early voting days up to Election Day, driven beyond the choice between right and left, red or blue, but the fundamentals of  their citizenship. Right now, Florida is still too close to call. Votes are still being counted in Miami-Dade, the largest Democratic stronghold in the state of Florida. Drowning out all of the noise, and trusting the math, it appears highly probable Obama will win Florida, driving his electoral count up to 332 electoral votes. More electoral votes than George W. Bush in 2004. More than Bill Clinton.

Obama’s damn near sweep of swing states lifted two women to the United States Senate. Tammy Baldwin and Elizabeth Warren are the first women from their respective states ever elected to the Senate, bringing the count of women in the Senate to 19. Not enough, but glory be, more lady parts who understand the science of our bodies and recognize our rights as individuals.

With this decisive victory, we the people can direct our focus to some serious matters – yes, filibuster reform, yes, reach across the aisle to reasonable conservatives to do it – but also reverse this horrific trend by 31 states to redefine reproductive rights, begin the work to create and pass a constitutional amendment to revoke Citizen’s United, perhaps restrict the dumb, stupid amount of spending for political campaigns, invest in infrastructure in the face of climate change, for starters.

So naw, Bill, your "traditional America" is gone. And good riddance. "Forward" as a campaign slogan is highly resonant for me, a woman of color from the state of Wisconsin. It is the state’s motto. It’s the only direction I know where to go. The great society 2.0 is dawning. Let’s go.