The final defeat of backlash politics 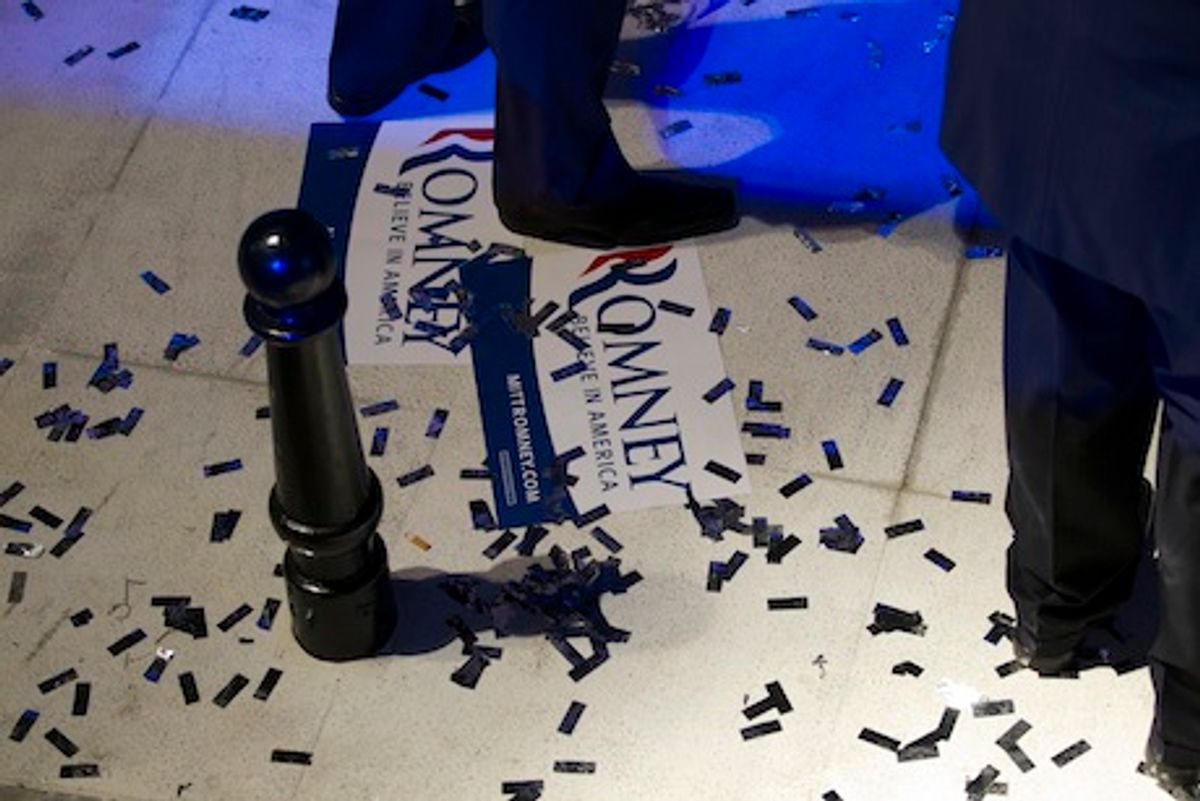 Despite its reinforcement of the status quo and the lack of debate about large issues during the campaign, the election of 2012 will go down in history as the end of the backlash against mid-20th century liberalism.  A new, increasingly liberal electorate has ratified the results of the New Deal and the Civil Rights Revolution.  Republican conservatives will still be able to win victories, but their hopes of overturning the outcomes of the 1930s and the 1960s have been doomed by cultural and demographic change.

From the 1970s to the present, American politics has been driven by the backlash against the two liberal revolutions of the mid-20th century — the New Deal economic revolution and the Civil Rights Revolution and the attendant wave of cultural liberalization.  In 1968, Alabama Gov. George Wallace led many working-class whites upset with racial integration and the '60s cultural revolution out of the Democratic Party.  From the 1970s until recently, these working-class white “Reagan Democrats” — socially conservative, pro-military and suspicious of government in the abstract, while fond of government benefits — were the swing voters in national elections for whom Reagan Republicans and Clintonian New Democrats competed.

The conservative coalition that began with Nixon and matured under Reagan. The Reagan right united libertarians based in the financial sector and business who sought to reverse the New Deal by privatizing Social Security and Medicare and dismantling federal economic regulation with disproportionately Southern white working-class populists who were anti-gay and anti-feminist, and in some (not all) cases hostile to blacks and nonwhite immigrants.  During the Reagan era, the only two Democrats to be elected to the White House were two center-right Southern governors, Jimmy Carter and Bill Clinton, who distanced themselves both from old-fashioned Roosevelt-Johnson liberalism and the cultural New Left of the '60s.  Carter dismantled most New Deal regulations in transportation while Clinton supported the death penalty and opposed gay marriage and gays in the military.

As all but the most die-hard conservatives now recognize, that was a different America — much whiter and much more religious.  Today the Southern white working class is the base of the GOP and Latinos are the new swing voters.  And fully a quarter of Americans say they have no religion at all.  What Patrick Buchanan in the 1990s called “the culture war” is over and liberals have won.  Younger generations, including younger members of the white working class, are much more liberal in matters of sex and censorship than their parents and grandparents.

Like the attempt of the social conservatives to repeal the 1960s and return to the culture of the Eisenhower era, the attempt of the economic conservatives to repeal the New  Deal and the Great Society has failed. George W. Bush’s proposal to partly privatize Social Security was so unpopular among Republican voters that even a Republican Congress failed to act on it.  Paul Ryan’s plan to voucherize Medicare is deeply unpopular as well.  The right will continue to try to cut Social Security benefits — for example, by means of inflation adjustments — and to voucherize elements of Medicare.  But the direct repeal of the social insurance programs of Franklin Roosevelt and his protégé Lyndon Johnson is not in the cards, as an aging population increasingly depends on Social Security and Medicare.

No doubt some Reaganite conservatives will continue to fight the old battles, like the Japanese soldiers who hid on Pacific islands for decades, fighting a war that had long before been lost.  But as a formula for achieving a governing majority in the United States, Reaganism is finished.

Any competitive Republican Party in the future will be to the left of today’s Republican Party, on both social and economic issues.  At some point the dwindling number of Protestant and Catholic social conservatives will lose their grip on Republican primaries.  Thereafter both parties will be essentially secular or at least nonsectarian parties that welcome people with liberal views on gay rights and abortion and without de facto religious tests for office.

No longer divided on social issues, the two national parties will define their differences chiefly along economic lines.  But a competitive Republican Party cannot adopt libertarianism, in an extreme form.  A socially liberal Republican Party that persisted in the project of trying to destroy, rather than modify, Social Security, Medicare and other popular government entitlements would marginalize itself.

When party systems collapse in American history, the new party system tends to emerge from within the dominant party.  The defeat of the Confederates meant that the politics of the Gilded Age would be fought between the business and farmer wings of the hegemonic Republican Party.  During the New Deal era the intra-party disputes between liberals and Democratic conservatives foreshadowed the disputes between parties in the Reagan era.

If this pattern holds, then in the next generation the “right” is likely to be closer to the neoliberal wing of today’s Democrats than to today’s ultra-libertarian economic conservatives, whose views about entitlements and regulation will marginalize them by 2020 or 2030.  If the post-Reagan Republicans adopt something like the centrist New Democrat neoliberalism of Bill Clinton and Al Gore, then the Democrats may respond by becoming a much more consistently progressive, pro-government and New Deal-ish party on economic issues.

By the mid-21st century, an increasingly multiracial and mixed-race U.S. is likely to be far more “European” than today’s America — much less religious and far more secular, with a majority or plurality of all races born out of wedlock, and a much bigger middle-class welfare state, mostly for the elderly, financed by European methods, including a value-added tax.  There will still be a right and a left in the United States of 2050.  But the right will be calling for a VAT on marijuana of 15 percent instead of 18 percent.  And the conservatives of tomorrow will insist, against progressive champions of polyamory, that the law should recognize only marriage between two individuals, not among three or more.