The right's new line: Obama has no mandate

The president won by wider margins than Bush in '04, but that hasn't stopped the right from dismissing his victory 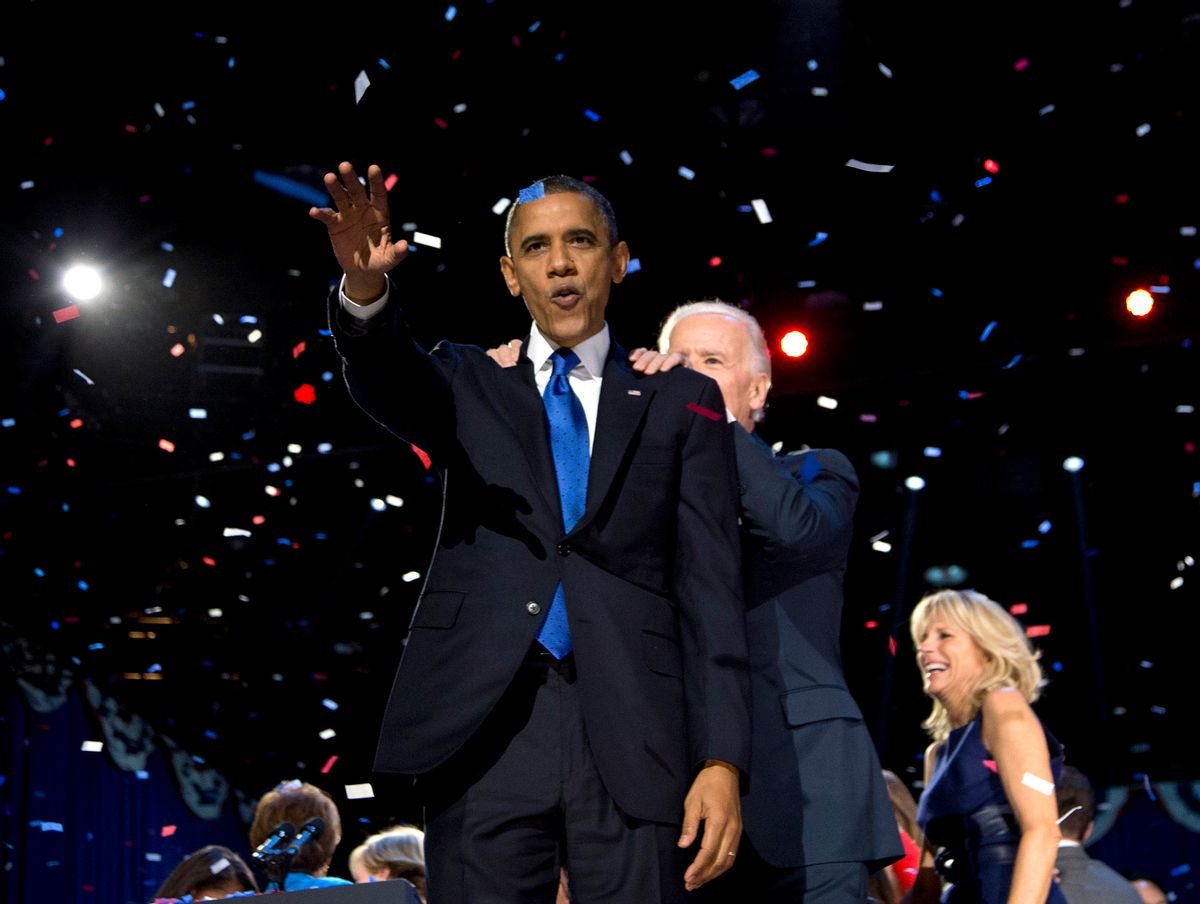 OK, conservatives are saying, Obama won, but he didn’t win by enough to claim a “mandate.” “I think the real story here is that Obama won but he’s got no mandate,” Washington Post columnist Charles Krauthammer said on Fox News last night. “So this is not a mandate in the number [of electoral votes], or in the way that he campaigned... He won by going very small, very negative.”

The lack of a mandate, according to Krauthammer, comes from two things: Obama’s negative campaign and his small margin of victory. So what would a real mandate look like? Krauthammer helpfully explained on Fox News Sunday the weekend after President Bush was reelected in 2004:

I think it was a huge issue that the president was weak in his first term. He had less of the power and strength and capital, as he speaks of, than he does today. And now that he's been elected with a large majority, or a significant majority, and with a mandate, I think part of that mandate is to get the right judges, by his likes.

So Obama won by a far bigger margin than Bush in the electoral college and comparable margin in the popular vote, but Bush got a mandate and Obama didn’t? Bush tried to cash in his "mandate" the year after his win on Social Security privatization, but that went down in flames. And while it’s also true that Obama won in part by disqualifying Romney, Bush did the same exact thing in 2004.

The National Journal’s Ron Fournier takes a more academic definition of “mandate” and notes that presidents almost never win it on election night, but rather have to earn it after Inauguration Day. That may be true, but then there’s no intellectually honest way to argue that Bush had mandate in 2004 but Obama doesn’t have now when far more people voted for Obama than for Bush.