Conservatives stare into the abyss

In 2004, Democrats reacted to a wrenching loss by breaking out of their echo chamber. Will Republicans follow suit? 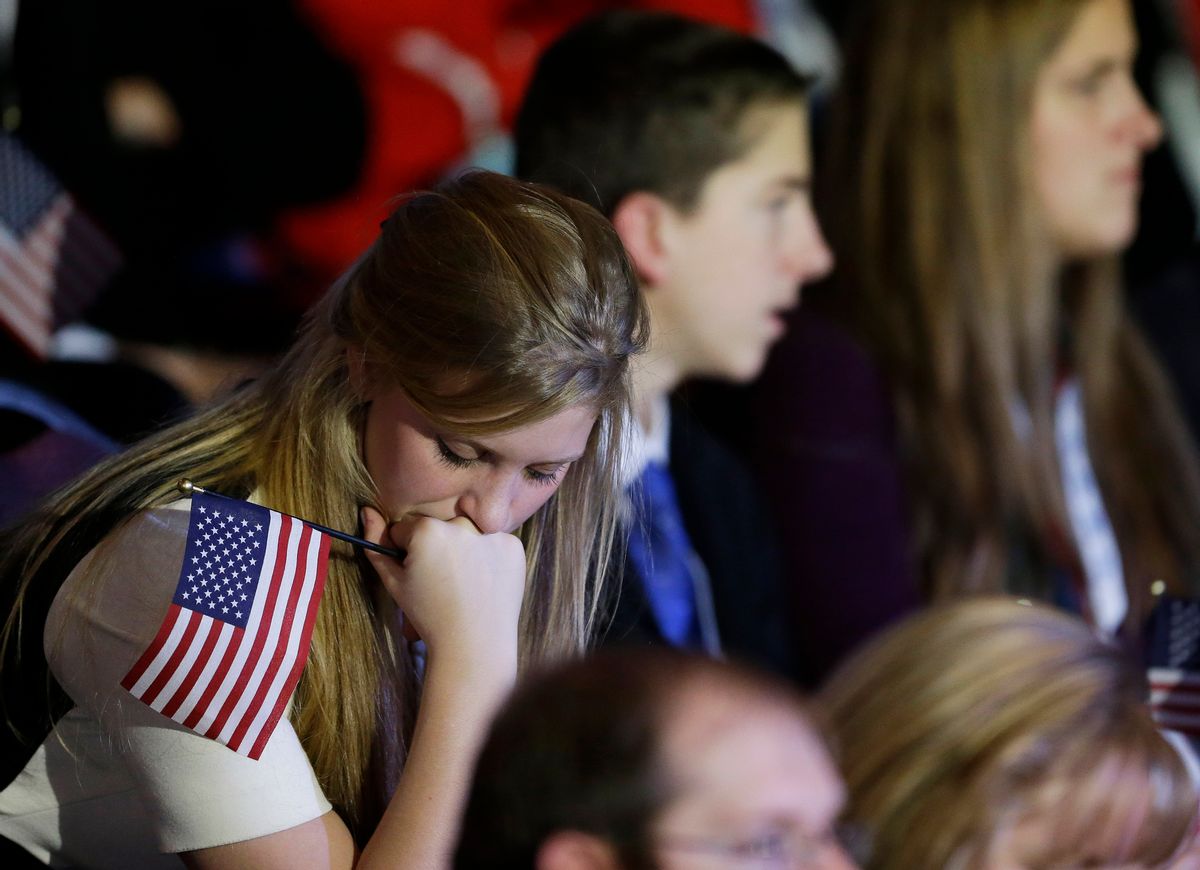 Eight years ago, on the morning of Nov. 3, Democrats blundered through the aftermath of an election gone horribly awry in a state of fog and shock. The confused dismay extended beyond the normal disappointment that comes with backing the losing candidate in a presidential race. There was something else going on, a sense of horrible surprise, as if we'd all been terribly misinformed. We were sad and bewildered.

I wrote about that feeling for Salon that morning, seeking some understanding from the wreckage. I blamed the Internet, not for Kerry's loss, but for my false hopes. I wasn't alone. For many of us, Bush's victory over Kerry delivered an unforgettable lesson on the dangers of getting caught in the Internet-enabled echo chamber.

Oh sure, it had been a lot of fun -- all those hours we spent with Atrios and DailyKos, Donkey Rising and Talking Points Memo. It was all so new, exciting -- and most of all, liberating. We had been freed from the chains of mainstream media! We could pick our own narratives, and not have them forced on us. Even better, we now had amazingly granular access to information about the state of the campaign -- any and every campaign! We all became instant poll experts, and sallied forth each day into the political flame wars better armed with factoids and polished spin than ever before.

What a blast that was. Good times, good times.

And then came Election Day. And we realized that we'd been living inside a cocoon of self-defeating complacency. By confining our information sources to places that told us only what we wanted to hear, we had divorced ourselves from reality. And reality sucked.

I suspect that this morning a good many conservatives are facing up to the same bleak sense of hornswoggled dismay. Some of them won't admit it, but in their heart of hearts, they've got be wondering what the hell just happened. Indeed, judging by the tone of the conservative info-sphere in the weeks leading up to the election, and combined with the data we have already accumulated with respect to how insular and self-reinforcing the conservative echo chamber is, it could be that this morning delivered an ever deeper sucker punch to the gut to the right than the left endured in 2004.

So here's the question: Will Obama's victory be a wake-up call for the right?

This is not just wishful thinking. For many people on the left, the 2004 election was a watershed moment. Yeah, the Net was great, but we had to be more careful in how we embraced it. We realized that the echo chamber had led us astray, and we learned that it would behoove us to be more wary. The whole rise of Nate Silver in 2008 was in part a response to this phenomenon. We didn't want to get burned again. We wanted numbers we could trust.

Complacency went out the window. Right up until the polls started closing on Election Day 2012, and even with Nate Silver giving Obama a better-than-90 percent chance to win, Democrats were feeling anything but confident.

Will conservatives have the same come-to-Jesus moment?

I'm not optimistic. The walls they've built around themselves are too high.

The day before Election Day, I spent some time rummaging around at National Review, looking at the results of their most recent daily insta-polls. The numbers were enlightening.

These overwhelmingly wrong percentages can be in part be blamed on aspiration. National Review's readers may have been expressing what they wanted to believe, rather than what they really believed. But they were also repeating what they were being told by their bloggers, their pundits and, most of all, their TV news network. Taken together, they've built the most powerful force for self-delusion the U.S. has ever seen.

Just before the election, Mother Jones' Kevin Drum highlighted the results of a fascinating survey of partisan beliefs about unemployment. The question was whether unemployment had risen or fallen throughout the year. More liberals than conservatives (correctly) stated that it had fallen. But during the middle of the survey, the unemployment figures for October were released, showing a sharp drop in unemployment. And a fascinating thing happened.

Everyone saw this news, and polling on October 5 showed a sharp increase in the number of people who knew that unemployment was down. But here's the interesting thing: among liberals and independents, the number getting the answer right stayed higher over the next several days. Apparently the news sunk in. But among conservatives, the number getting the answer right started to decline immediately. Within three days, as the chart below shows, they were answering the question exactly the same as they had before the unemployment report came out

Here's what happened: The Republican echo chamber immediately started telling conservatives that the numbers had been fixed by the government, and objective reality lost its sway.

The odds seem good that the same dynamic will play out now. We already know that an analysis conducted a year ago determined that on the topic of global warming, TV viewers who received their news from Fox were the worst-informed citizens of the United States. Many of us watched in astonishment late Tuesday night as Karl Rove frantically strove to deny his own network's call of the presidential election. The urge to deny reality runs astoundingly deep at the heart of the right-wing propaganda machine. Even two terms of Barack Obama might not be enough to cure that sickness.

Conservatives will hear that Hurricane Sandy and Chris Christie delivered the election to Obama, that Mitt Romney wasn't a true conservative, and that mainstream media bias blinded Americans to the truth. A few voices may acknowledge that the state of polling science is actually pretty good, and the demographics of the U.S. have fundamentally changed, but don't hold your breath for a widespread reappraisal of the dangers of listening only to what you want to hear. The right-wing echo chamber is built of stronger stuff than the left's.