Why revenge is sweet

Obama was right: The GOP got the electoral rebuke it needed, and that's good for the country, and the party 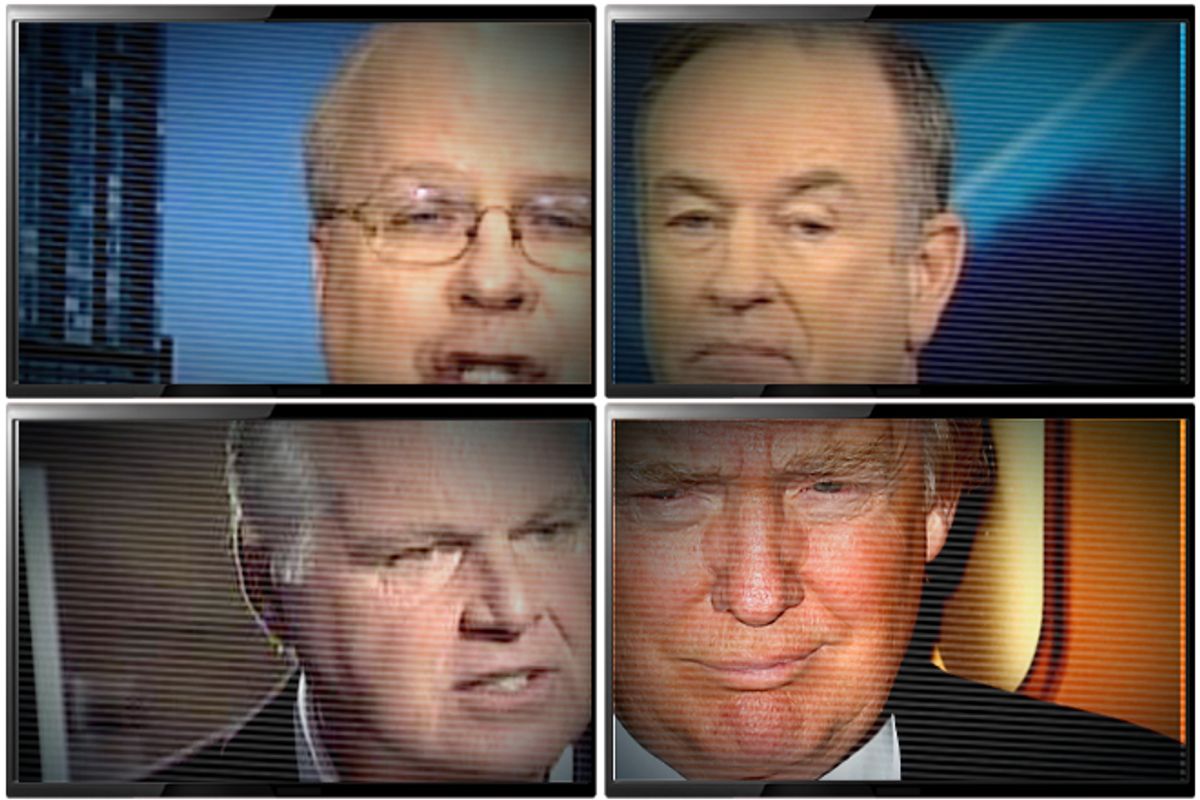 When Mitt Romney tried to make an issue of President Obama telling his supporters to vote in "revenge," I thought of my father. He used to say, calmly, that "living well is the best revenge," and he didn't mean "living well" either in terms of luxury goods like car elevators, or head-on-a-pike retribution, but simply doing the right thing and being at peace with yourself. A Catholic kind of karma, if you will.

That's what I heard in Obama's message to his voters: Keep calm and vote, and things will turn out in the end.  But it turned into one more chance for the GOP to demonize our calm, conciliatory president. They tried to make it sound like he was preaching retribution, or reparations, or some other kind of vengeful racial payback they fear.

But today I like the Old Testament implications of the term "revenge," even if I don't think that's what Obama intended. I waited in a long line to vote for the president, even in a blue state, because I wanted a punitive kind of revenge, a rebuke to the hate-mongers and the dividers and the cynical political profiteers. And I know I had a lot of company.

Former Republican National Committee chairman Michael Steele called the election results a "spanking" for his party, and he seemed to think it was good for them. As a mother, I don't believe in corporal punishment, but I agree with Steele: His party deserved an electoral spanking, and it's going to take more of it to turn it around.

Here's who needed a spanking badly, and why it's good for the country that they got one:

Karl Rove: Mr. American Crossroads had a nervous breakdown live on Fox Tuesday night, but he'll be OK: He bilked billionaires out of enough money in this election cycle to afford the best medical treatment out there. Rove deserved to be punished for his cynicism and cruelty. Back in 2004, he pushed gay marriage bans in order to bilk white evangelicals out of their votes and he won back the White House for George W. Bush. Last night marriage equality initiatives passed in four states as Obama rode to victory. One of Rove's 2004 Ohio operatives, Secretary of State John Husted, tried to suppress the Democratic vote but he failed badly; Ohio put Obama over the top. Rove, who knows better, sold his party's soul to the Christian right. He might have been a voice for moderation and a bridge to Latinos, who were a cornerstone of Bush's victories; instead, they will turn Texas blue again within a generation. Boss Rove deserved a public humiliation, and he got one.

Bill O'Reilly: Papa Bear likewise came unglued Tuesday night, unleashing a racist rant for the ages and proving he's a dinosaur colluding in his own extinction. But O'Reilly also deserves credit, or blame, for making abortion a winning issue for Democrats. The man who crusaded against Dr. George Tiller as "Tiller the baby killer" seemed to accept his murder, since Tiller had "blood on his hands." O'Reilly emboldened the far right to overreach on abortion issues and helped pave the way for morons like Todd Akin and Richard Mourdock to keep the Senate in Democratic hands. Again, like Rush Limbaugh and so many other bloviators, he's gotten rich on his hate-mongering and it's not likely to stop now. But they have to live in a country they hate, and I'm enjoying that today.

Mitch McConnell: The Senate minority leader famously promised to make Barack Obama a one-term president and failed miserably. So he replied to Obama's victory with a graceless and vengeful rant, calling it "a second chance to fix the problems that even he admits he failed to solve during his first four years in office." In a state where Sen. Rand Paul is now ascendant, McConnell wants to prevent a Tea Party challenge from his right, but he'll probably get one anyway. I'm looking forward to it. The only way to fight bullies is to stand up to them. The cowardly McConnell, and a lot of other Republicans, will find that out soon.

Mitt Romney: The Massachusetts moderate sold his soul to get his party's nomination and lost badly. The man who was a godfather of Obamacare spurned his creation and instead palled around with the likes of Donald Trump and himself ventured into vicious birtherism. The man who supported cap and trade legislation as governor became a climate denialist. The fact that his campaign only gained momentum when he repudiated his far-right stands and started talking like a white Barack Obama ought to keep him awake for a long time. And I agree with Mary Elizabeth Williams: His concession speech wasn't gracious, it was perfunctory and entitled. He will return home to one of his many houses, in one of his many home states that repudiated him, and live among the ruins of his legacy.

The anti-reality right-wing echo chamber:  Remember when a Bush adviser mocked the media for living in "the reality-based community"? Republicans have taken a 10-year holiday from reality only to find out the laws of gravity couldn't be repealed. Now they've fallen hard, and it hurts. First they came for evolution. Then climate science. Then a woman's reproductive system, which supposedly "shuts that whole thing down" during rape. Then, finally, they turned on math, attacking the polls as "skewed" and Nate Silver as a partisan. Math won. Maybe they'll have to rediscover science, and reality generally, in the months to come.