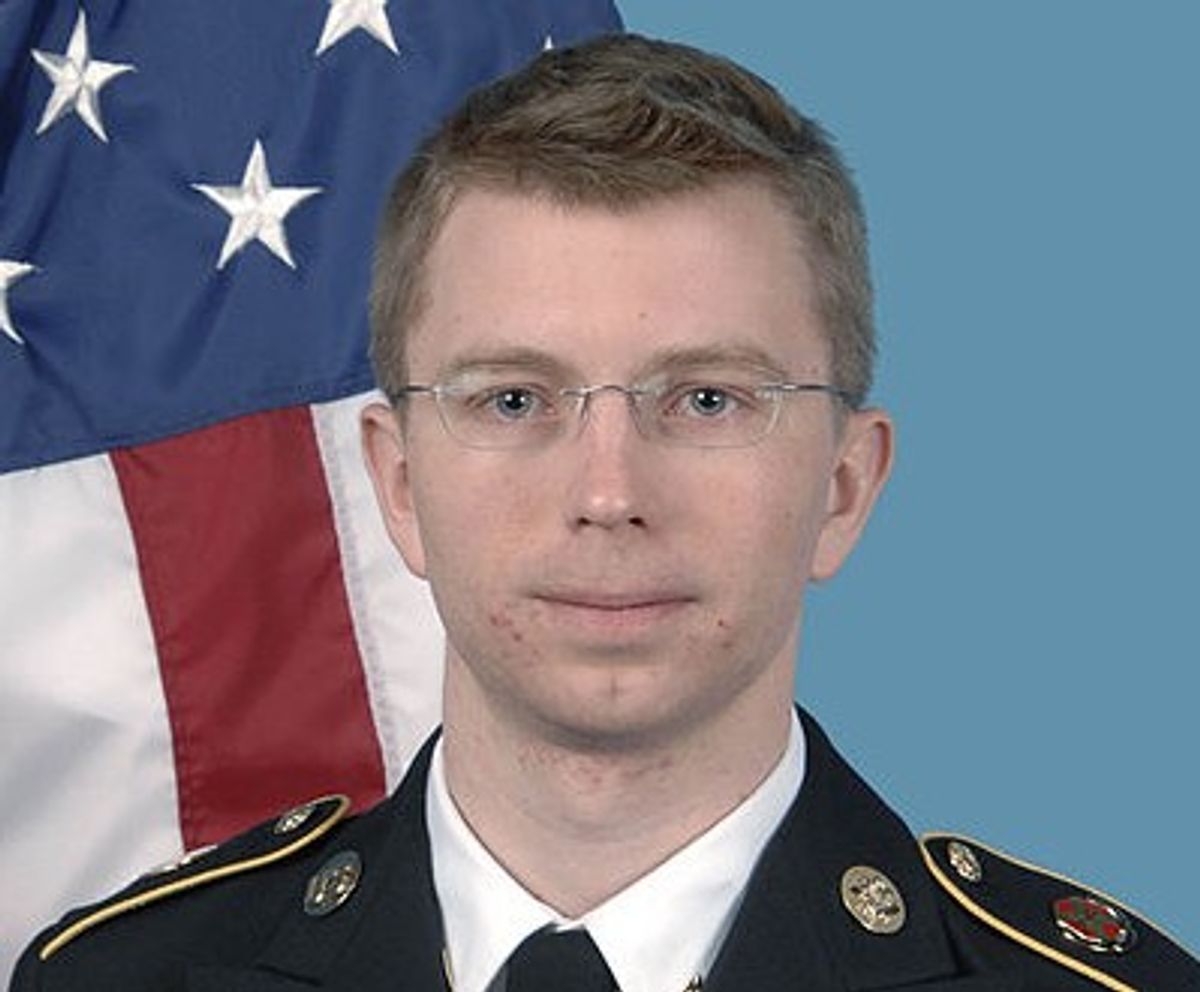 In exchange for the government pursuing lesser charges, the accused whistleblower has indicated that he will take responsibility for some alleged offenses, including providing information to Wikileaks. During his motion hearing Wednesday, Manning also told the court that he has chosen to have a trial by military judge, instead of a trial by jury, when his case is heard in February.

In a move known as “pleading by exceptions and substitutions,” Manning did not plead guilty Wednesday, rather his attorney put forward a plea notice indicating that the defendant will plead to some lesser included charges, but not the entirety of charges as they now stand. The motion hearing judge may choose to accept or reject the plea notice.

As Firedoglake's Kevin Gosztola reported from Fort Meade, "Pleading to lesser-included offenses makes it possible to not plea to committing offenses under the Espionage Act or Computer Fraud and Abuse Act (CFAA). Importantly, he can plead guilty without accepting the government’s charge that he 'aided the enemy' or 'exceeded authorized access' on his computer." If his plea notice is accepted, Manning could thus avoid facing life in prison (prosecutors have already stated that they are not seeking the death penalty -- even though an "aiding the enemy" charge can legally carry such a sentence.)

Gosztola also took a few paragraphs in his (indispensable) blog to berate the lack of media focus on Manning's hearing:

[T]his is the biggest military justice case in US history. The judge has acknowledged that in whatever decision she hands down she will be trailblazing or setting some critical precedents legally. The classified review expert said he has never worked a case that involved such “a broad spectrum of information” and he had found it intimidating. Yet, the number of journalists showing up to cover these proceedings has usually been 3-5 journalists.

Fifteen thousand journalists went to Charlotte, North Carolina, to cover the Democratic National Convention. How many journalists are in and around DC?... In the whole of the United States, there should be more than two to five journalists showing up regularly to cover the proceedings.