How choice became a winning issue 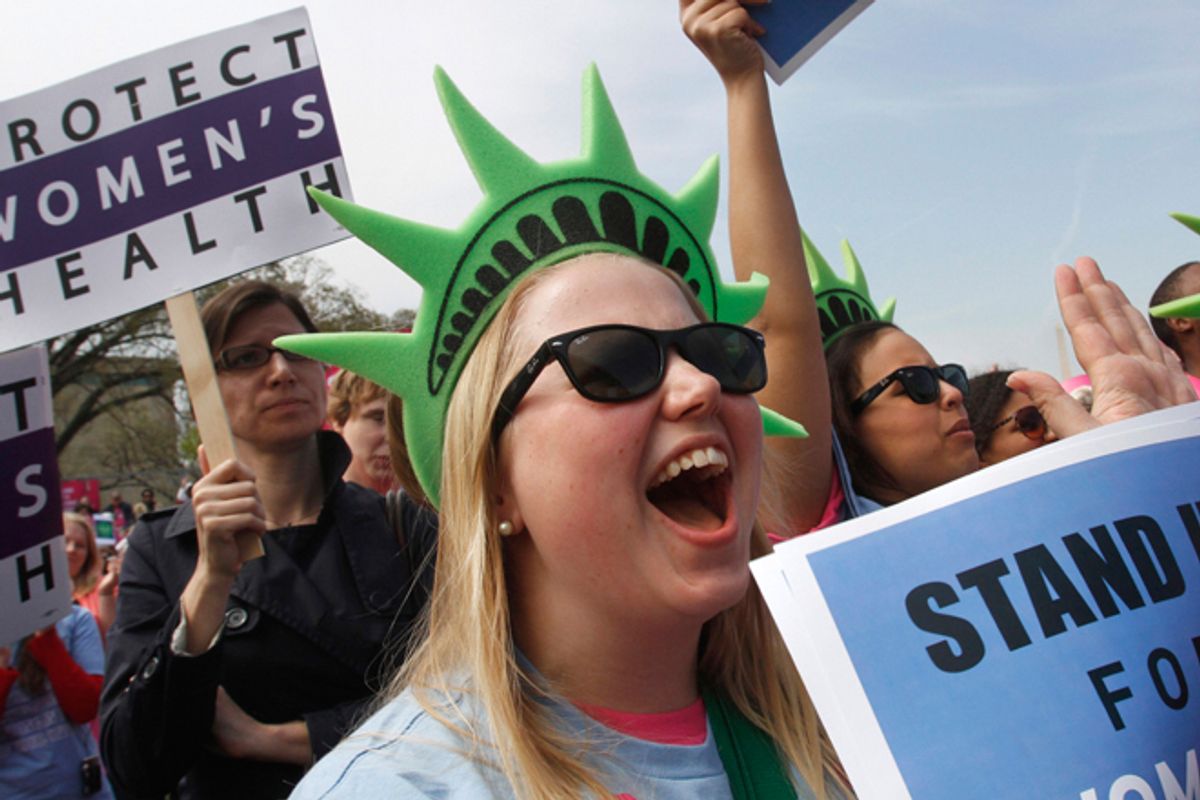 I admit that the outrage over Todd Akin's idiotic "legitimate rape" comments worried me, for a while. It seemed as though we were in danger of accepting a Republican way of looking at choice: that there are only a handful of righteous reasons a woman can make that decision, and in all other situations, the verdict belongs to the state.

I was wrong. What Akin actually did, with the help of extremist vice-presidential nominee Paul Ryan and a late-breaking assist from doomed Indiana Senate candidate Richard Mourdock, was restore women -- their health, privacy and integrity -- to the center of the abortion debate.

Because once you started parsing "legitimate rape," the controversy became a microcosm of the moral complexity of the entire choice issue. Once you insist, as Paul Ryan did, that "the means of conception" don't matter, and all abortion should be illegal, you wake people up to your political agenda, and your cruelty.

Suddenly Americans had to try to imagine how doctors or hospital administrators or law enforcement officials would decide what was "legitimate rape," as opposed to something else. Rape panels?

Well, that's the same slippery slope you're sent down if you think hard about abortion under other circumstances.

I am a pro-choice Catholic. I'm someone who endorsed the Clinton-era triangulatory formula of keeping abortion "safe, legal and rare." I personally think Democrats are better off acknowledging that some voters come to this issue with ingrained moral reservations, even if they ultimately can be persuaded – by their own conscience – to come down on the side of choice. If you'd asked me (via a secret ballot) I probably would have voted for muting the centrality of abortion to the 2012 campaign.

But in the end I think our cause was helped by forcing people to grapple with something they'd rather not. Maybe it made them realize that putting government in the middle of this decision made them grapple with it daily, or hourly, or even more often. If we put the state in charge of making this decision for every woman who faces it, aren't all of us in the middle, where we don't want to be?

The GOP's crazy attack on rape victims, and on Planned Parenthood too, did feminists another favor: It forced us to talk about our values in more expansive, inclusive terms. Somehow the right pigeonholed second-wave feminism as all about the concerns of white, upper-middle-class women, and helped create a false dichotomy between so-called "economic issues" and supposed "lifestyle" issues like contraception and choice. It's always been a bogus polarization (that some of us unwittingly abetted), but in the last few years, I think it's been revealed as the lazy, divisive right-wing stereotyping that it is.

Planned Parenthood turned out not to be the cause of a stereotypical privileged feminist elite, but a crucial provider of healthcare services for low-income women – and the feminist elite as well as low-income women and their advocates recognized common ground, united and fought back.  Abortion turned out not to be a decision women made callously on the way to their law firm's partners' meeting or their pedicures, but a complicated moral, social, economic and medical dilemma that we can and must be trusted to make on our own, using our own moral compass.

It may be that Americans' supposed rugged individualism, which I don't always trust, made them recoil at this GOP intrusion on their liberty. It may be that our "We're all in this together" ethic, which I prefer, led to a "There but for the grace of God go I" moment, or a "Judge not, lest ye be judged" reaction. I'm not sure yet. But somehow an issue that many centrist Democrats, as well as economic-justice Democrats like myself, thought might distract from a broader economic equity appeal turned out to help the party and not hurt it. I'm happy to be have been wrong about that.