Where are America's racist anti-Obama tweets coming from? 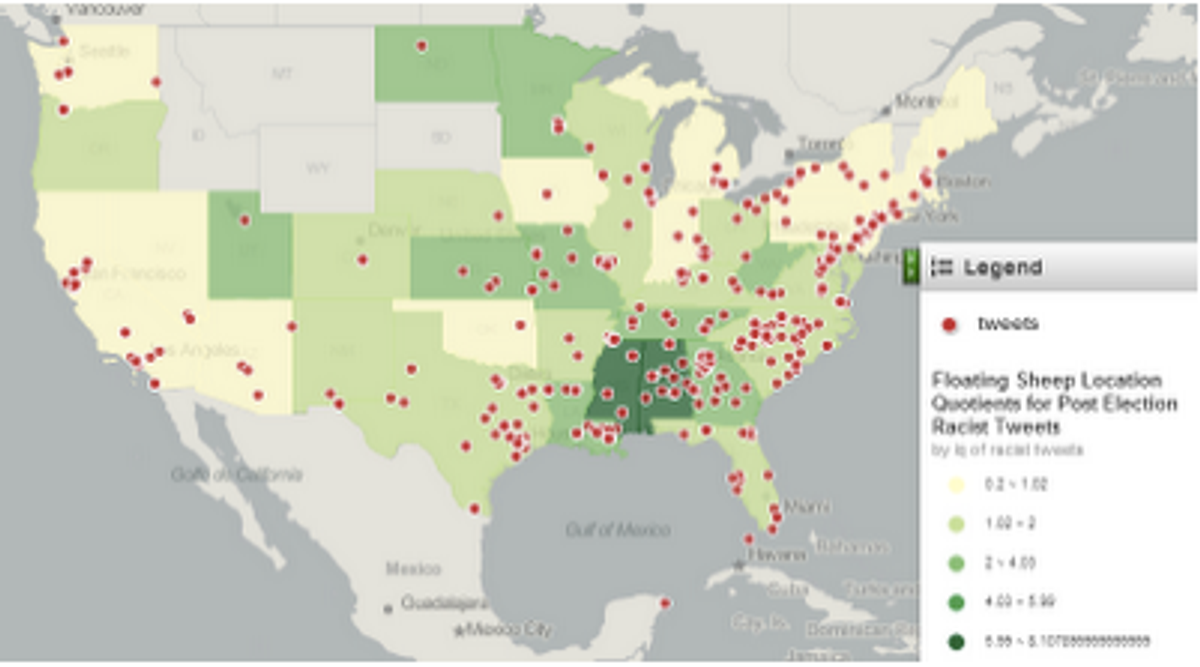 A group of academics that run the data visualization blog Floatingsheep has collected “some of the nastiest tweets you might possibly imagine" post-election and mapped them onto physical locations. The results are not all-together unsurprising: Many of the racist tweets against Obama come from states that voted for Romney, and there is a higher than average concentration in the southeastern United States. Time writes:

But the findings are not a way to confirm stereotypes. Rather, the analysis "is a useful reminder that technology reflects the society in which it is based, both the good and the bad" and that "information space is not divorced from everyday life."

For the full methodology and interactive map, visit the blog.