Sure, rest up. But if you want to really make a difference in American politics, the time to get started is now 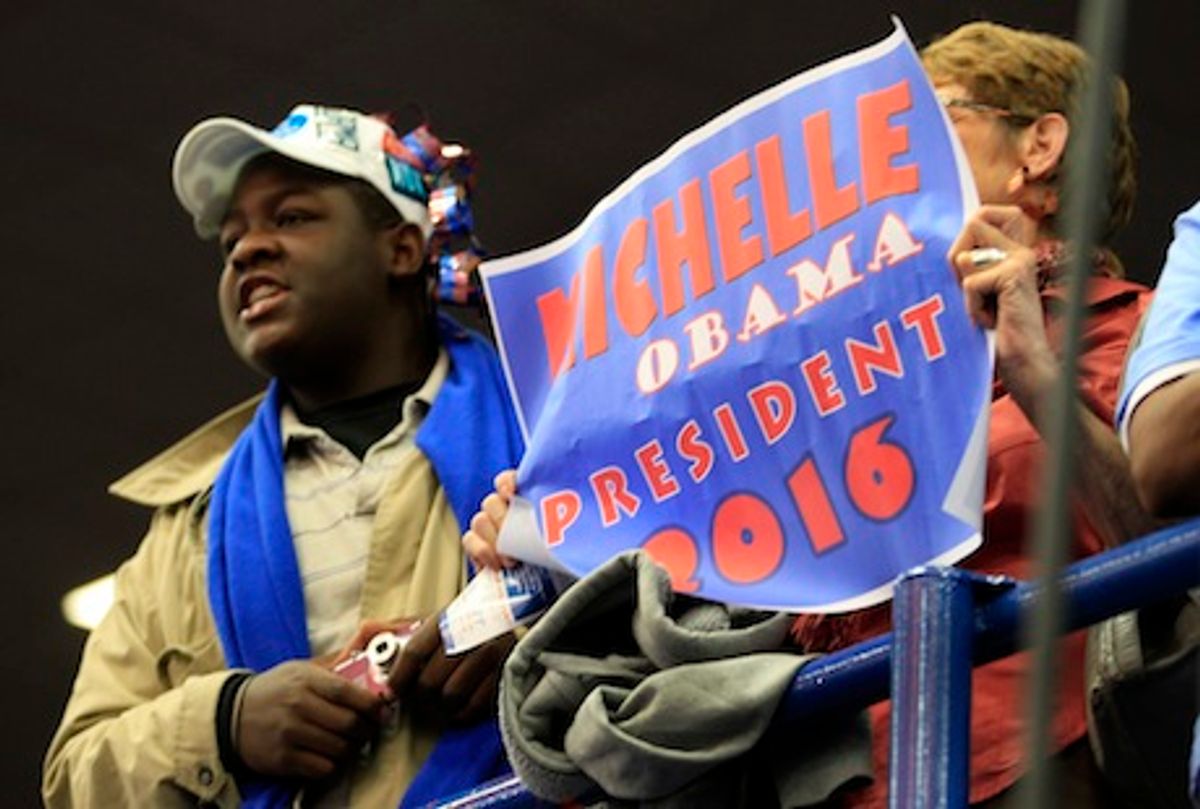 Take a week, take a month, whatever you need to rest up from the 2012 campaign cycle. But then? If you want to really make a difference in American politics, the time to get started is now. Not in September or October 2016, but in the next several months. Here’s why – and five suggestions for what you can do.

If there’s one thing that I try to emphasize to people about American Madisonian democracy, it’s that chances to really effect change are usually found within the parties. Sure, general elections are important, but they tend to ride on large, impersonal forces. Sure, activism can make a difference in November, but usually just around the margins. The Democrats' get-out-the-vote operation this cycle was by all accounts incredibly effective, and yet my guess is that when all is said and done, at the very best it might have moved the ball a point or two in key states … so if you devoted your time and energy to that it made a difference, but only a relatively small one. Or, to put it another way: Sheldon Adelson dropped a whole lot of money on this election, and it didn’t seem to buy anything much.

But within the parties, it’s a lot easier to make change happen. That’s especially true of state and local parties, but even nationally it’s just a lot easier. After all, some 125 million people voted in the presidential election, but only a few thousand vote in the Iowa caucuses every four years.

So, if change within the parties is relatively easy, what can you do? Here are six suggestions:

1. Pick a presidential candidate soon, and start supporting her or him right away. OK, this is probably the weakest one, but I still have to include it. If your candidate of choice is not running yet, make a draft-the-candidate Web page, and spread the word using whatever tools you have. No, it’s not too early. Many candidates have already started running or are deciding soon what to do; it’s hard to be sure, but there’s a fair chance that Mitt Romney probably sewed up his nomination by the 2010 midterms. Party actors get involved now, not in 2016.

2. Begin planning to push the 2016 candidates to commit on an issue you care about. Have an issue that you believe your party was wrong about, or one where your party just didn’t take a visible stand? Start planning – now – to change that. Find out who else cares about the issue -- there’s probably already an organized group around it; if not, get one started yourself. There’s a long history of ordinary citizens forming their own groups to promote an issue and succeeding brilliantly.

3. Don’t wait for 2016: Congress matters, and the next round of House and Senate primary elections begins in about 16 months. State legislative elections (and in many states, governors and other statewide officials), too. Everything in the top two steps can apply to any of these elections, except that it’s that much easier to get involved. Care about making voting easy? Force your state legislative candidates to include registration and voting reform on their campaign Web pages. It’s amazing how few constituents it takes to get the attention of a candidate in a contested primary.

4. Of course, you need a contested primary for that to work. So, support primary challengers when it’s smart to do so. Live in a district that’s solid for your party, but your member of the House or of the state assembly is worthless? Help recruit someone to take him on.  Hey, maybe you can run for office yourself! Depending on your resources and the level you’re looking at (some offices, such as school board, can be very local but still make a large difference), it might not be a crazy idea.

5. Get involved in a campaign. Yes, it’s possible to pressure a candidate from the outside, but it’s also possible to change a candidacy from the inside. Getting involved early is critical; wander in a few weeks before the election and you’ll just be cannon fodder; but get involved early – and statewide candidates will be organizing reasonably soon for 2014 – and you’ll be on the inside, and perhaps have some influence on policy positions.

6. Or just get involved in a local party organization. Whether this one is worth it varies quite a bit from place to place, to be sure. In some areas, formal party organizations are excellent gateways into participation. In others, they’re just meaningless sideshows – although in some of those places, there are parallel groups of some sort, either highly organized or just loosely arranged, that really are more important than the formal party organizations. And all of these groups will vary in terms of how open they are to new participants. As with anything, don’t expect to walk in and immediately start rewriting the platform in your first meeting. But that’s the advantage of getting involved now, in the off-season. By the time most people start thinking about elections again, someone starting now will have had a chance to build up some seniority and influence.

Remember: The professionals don’t quit playing politics now. If you do, you’re just giving up potential influence. Don’t listen to those who say it’s too early to start talking about the next round of elections. Well, I suppose if you have $20M to dump, you can afford to wait. But for the rest of us, the best way to make a difference is to get involved early.